On TCM...All A Board! On Thursdays, all through out November. A total of 21 fab Movies. Nov. 3rd, 10th, 17th and the 24th. Musicals, comedies and dramas that take place on the glamorous high seas. 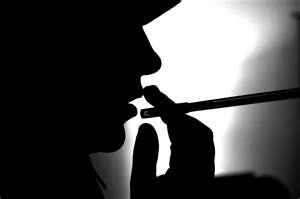 On TCM Nov. 1st. A 6 Film Noir Tribute: Detour, Out of the Past, Lady in the Lake, Scarlet Street, Tension, The Big Sleep. Please click on links listed below to read past reviews:

Happy Birthday: Burt Lancaster!(November 2, 1913 – October 20, 1994). Lancaster was nominated four times for Academy Awards and won once for his work in, Elmer Gantry(1960). Please click picture on side bar to learn more about Burt.

On TCM Nov. 4th. A 4 movie tribute Starring.. Gloria Stuart. Her Hollywood career spanned, from 1932 until 2004, she appeared on stage, television, and film, for which she was best-known. She played Claude Rains love interest in the film, The Invisible Man, and as the elderly Rose Dawson Calvert in the Academy Award-nominated role in, Titanic. She was the oldest person to be nominated for a competitive Oscar, at the age of 87. Click picture on side bar to learn more about Gloria.

Happy Birthday: Elke Sommer! (Born 5 November 1940), was spotted by film director Vittorio De Sica whilst on holiday in Italy, and started appearing in films there in the late 1950s. She quickly became a noted sex symbol and moved to Hollywood in the early 1960s. She also became one of the most popular pin-up girls of the era and posed for Playboy Magazine (September 1964 and December 1967). Click picture on side barto learn more about Elke.

Happy Birthday: Vivien Leigh! (5 November 1913 – 8 July 1967) was an English actress. She won a Best Actress Academy Award for her performance as Blanche DuBois in, A Streetcar Named Desire (1951), a role she also played on stage in London's West End, as well as her performance as, Scarlett O'Hara, with Clark Gable, Gone With The Wind. Click picture on side bar to learn more about Vivian. place the ICE CUBES in the blender and
WHIZZ, the add rest of the
INGREDENTS and BLEND until smooth 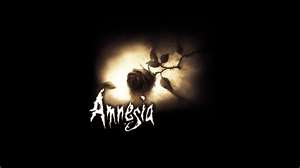 Article of the week is from. Dorian, who spotlights three amnesia-driven thrillers from three different decades. Wrecked, Mirage and Spellbound. Please do not forget where you are and head over to: Doriantb.blogspot.com. Amnesia
Posted by Dawn at 8:06 PM