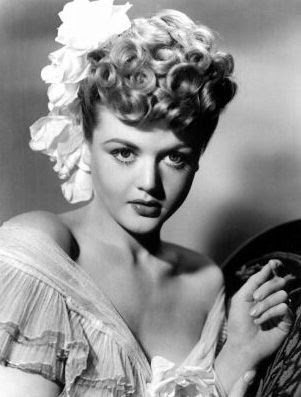 Angela Lansbury(born 16 October 1925), is an English actress and singer in theatre, television and motion pictures, whose career has spanned eight decades. Sometimes, she performed in roles older than her actual age. Her first film performance was in, 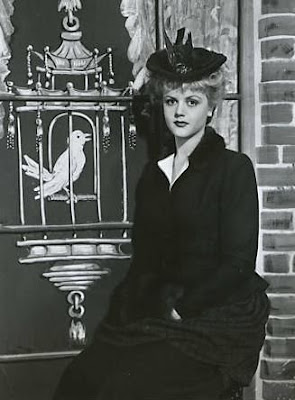 Gaslight (1944). Angela Lansbury was only 17 when she made this, her film debut, as a saucy Cockney maid. She had been working at Bullocks Department Store in Los Angeles and when she told her boss that she was leaving, he offered to match the pay at her new job. Expecting it to be $27 a week, he was surprised when she told him she would be earning $500 a week. 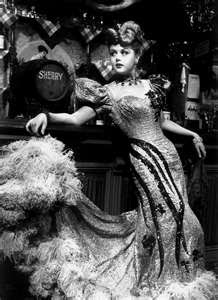 The Harvey Girls (1946). Angela Lansbury, was often hissed at in public because she played Judy Garland's rival and Garland was so beloved by the public.

Video: Background story for the film, The Harvey Girls. 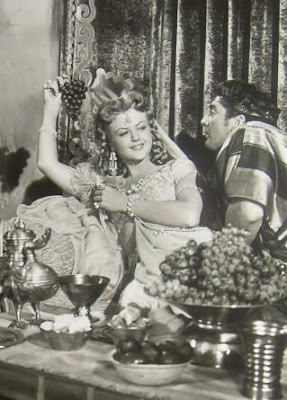 Samson and Delilah (1949). Phyllis Calvert, was originally cast as Semadar, but because of illness was replaced by Angela Lansbury. 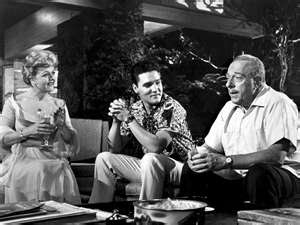 Blue Hawaii (1961). Angela Lansbury, who played Elvis' mother, was only 35 years old when the movie was filmed, only 10 years older than Elvis. 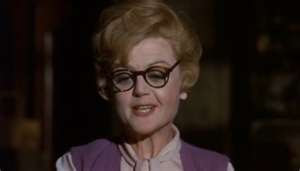 Leslie Caron, Lynn Redgrave, Judy Carne, and Julie Andrews were all considered for the role of Eglantine Price before the Disney studio decided on Angela Lansbury. It won the Academy Award for Best Visual Effects. 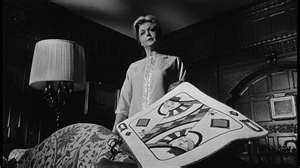 She had a prominent supporting role in the 1962 film, The Manchurian Candidate(1962), in which she played, Mrs. Iselin. Angela Lansbury, was thirty-six at the time of filming, only three years older than Laurence Harvey, who played her son. 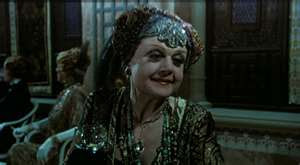 After many years performing mostly on the stage, Lansbury returned to film in, Death on the Nile (1978). In this Agatha Christie story, Angela Lansbury plays the author Salome Otterbourne in, Death 'N Denial (also whodunits, where Lansbury is the heroine sleuth), playing in Egypt, a character is called Sally Otterburn. 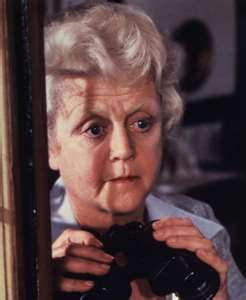 Angela Lansbury(age 54), went on to perform as Miss Marple in, the film, The Mirror Crack'd (1980). Half of the plot was inspired by the real life drama of Gene Tierney and her husband Oleg Cassini. After a measles-infected fan broke quarantine and rushed up to the pregnant Tierney to kiss her, the actress gave birth to a daughter, Daria, who is still in a care facility.

She began doing character voice work in animated films: The Last Unicorn (1982) and Anastasia (1997) and as the singing teapot Mrs. Potts, in the 1991 Disney film, Beauty and the Beast, in which she performed the title song. She reprised this role in Beauty and the Beast, The Enchanted Christmas (1997).

Although, she was nominated three times for the Academy Award for Best Supporting Actress, she has never won nor did she win any of the eighteen Emmy Awards for which she was nominated over a thirty-three-year period. She holds the record for the most Prime time Emmy losses by a performer. She said that she was at first "terribly disappointed, but in the end very glad that she did not win", because she believes that she would have otherwise had a less successful career. She has received Golden Globe and People's Choice awards for her television and film work.

Lansbury co-starred in, Mr. Popper's Penguins, opposite Jim Carrey, released in June 2011. She is also scheduled to appear in another film, Adaline. 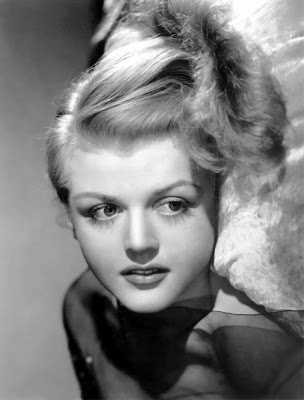 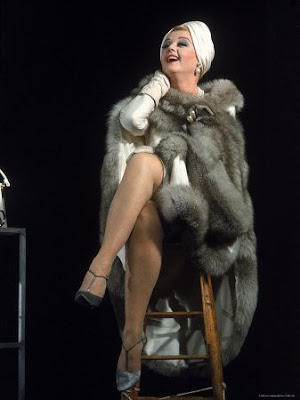