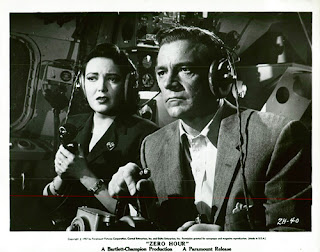 On July 1st. TCM is showing one of my favorite Dana Andrews, Linda Darnell and Sterling Hayden films, Zero Hour(1957), which was used as the basis for the 1980 film Airplane!. A story about flight passengers and crew, who all come down with a bad case of food poisoning. The trouble now is... who, is going to fly the plane?


On July 2nd. TCM is going to showcase Paul Henreid, who studied theatre in Vienna. He began his film career in a small role in Goodbye, Mr. Chips (1939) and a better role un the classic film, Night Train to Munich (1940). His first film for RKO was, Joan of Paris (1942). In 1942, Henreid performed in his two most important films: Now, Voyager, where he and Bette Davis performed in one of the screen's most imitated scenes, in which he lights two cigarettes and hands one to her. Henreid's next role was as Victor Laszlo in, Casablanca with Humphrey Bogart and Ingrid Bergman. You may also enjoy the Paul Henreid  films TCM is going to spotlight: 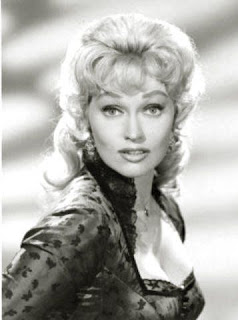 July 3rd. TCM is going to show the Karen Steele(March 20, 1931 – March 12, 1988) film, The Rise And Fall of Leggs Diamond(1960). Where she plays dance instructor, in a story about Jack Diamond and his sickly brother, who work as two New York jewelry thieves. After spending time in jail, Diamond comes up with the idea of stealing from the gangster Arnold Rothstein. Will he be able to take over his booze, gambling and drugs deals?

Karen was an actress and model with more than sixty roles in film and television. You may remember her as: Mrs Lane in Ride Lonesome and as Eve McHuron in the Star Trek episode "Mudd's Women". 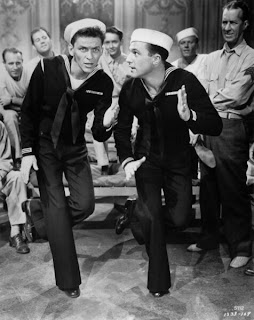 July 4th. Anchors Aweigh(1945). TCM is going to celebrate the first in a series of buddy films teaming Kelly with Sinatra. The production tried to mix some of the story and set-pieces from earlier MGM musicals. It won the Academy Award for Best Music, Scoring of a Musical Picture, which was received by the musical director Georgie Stoll. In 2001, Kevin Spacey bought the Oscar statuette at a Butterfield & Butterfield estate auction and returned it to the Academy of Motion Picture Arts and Sciences. Anchors Aweigh was also nominated for Best Actor in a Leading Role (Gene Kelly), Best Cinematography, Color (Robert Planck, Charles P. Boyle), Best Music, Song (for Jule Styne (music) and Sammy Cahn (lyrics) for "I Fall in Love Too Easily") and Best Picture. The movie is famous for a musical number where Gene Kelly dances with the animated Jerry Mouse (voiced by Sara Berner). The animation was done by Kenneth Muse, Ray Patterson and Ed Barge. 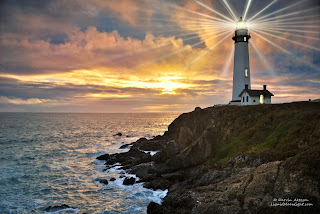 On July 5th. TCM, is planning to show a couple of films using Lighthouses, as a theme. Lighthouses, are popular travel destinations which are wonderful places to visit. Lighthouses, are sometimes interpreted in dreams as beacons of truth. Also, their isolated and mysterious settings makes a perfect location for horror and suspense films. 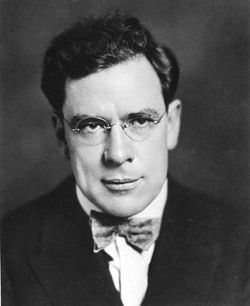 On July 6th TCM is going to share with us films adapted from the plays of Maxwell Anderson. As an undergraduate, he waited tables and worked at the night copy desk of the Grand Forks Herald, and was active in the school's literary and dramatic societies. He obtained a BA in English Literature from the University of North Dakota in 1911. Much Later, Anderson found work at The New York Globe and the New York World. In 1921, he founded The Measure: A Journal of Poetry, a magazine devoted to verse. He wrote his first play, White Desert, in 1923. It ran twelve performances, but was well-reviewed by the book reviewer for the New York World, Laurence Stallings, who collaborated with him on his next play, What Price Glory?, launching his career as a dramatist. 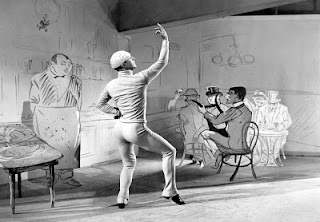 July 7th. On TCM, An American In Paris (1951). What I loved most about the film, is that costume designer Irene Sharaff, who's work earned her five Academy Awards and a Tony Award, designed a style for each of the ballet sequence sets. Reflecting various French impressionist painters: Raoul Dufy (the Place de la Concorde), Edouard Manet (the flower market), Maurice Utrillo (a Paris street), Henri Rousseau (the fair), Vincent van Gogh (the Place de l'Opera), and Henri de Toulouse-Lautrec (the Moulin Rouge). Video: 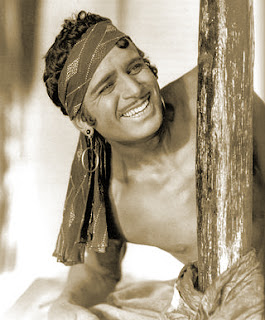 TCM's Sunday Night Silent Feature film: The Thief of Bagdad (1924). A swashbuckler film directed by Raoul Walsh. Cast: Douglas Fairbanks. A story of a thief who falls in love with the daughter of the Caliph of Bagdad. Fairbanks considered this to be his personal favorite of all of his films, according to his son. This film marked Fairbanks's transformation from comedy to "swashbuckling" roles. The movie, special effects: flying carpet, magic rope, monsters and beautiful Arabian-style sets, make the movie worth seeing. You also do not want to miss Anna May Wong, who played a slave.
Posted by Unknown at 4:30 AM