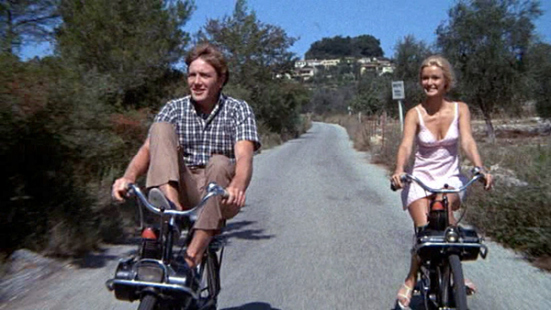 George a hardworking Architect, can't seem to forget his dreams that he once had back in art school and wonders why he has settled for security rather than fulfillment. His loving wife Alice, knows George is troubled by it. After, a restless night looking at the paintings on their walls, George suggests that they pack their bags and run off to the beautiful south of France countryside to visit, Pablo Picasso.

They find his villa, but.. he does not seem to be there. George goes to Spain, alone to try to find a friend of Picasso. While in Spain, he learns to bullfight. There is sequence of a real bullfight (that I did not watch, to gory for me)..

The couple reunite for a final swim in the ocean before going home...

Quite a few of the 1970's film techniques are used in this fun/trippy psychedelic adventure film, in which Picasso's paintings are brought to life.. There are three animated sequences: the first is about war and peace, the second sex and the third bullfighting.

It seems, George.. really isn't looking for Picasso, but for his own answers to life. I loved the final scene on the beach where the artiest is drawing in the sand with a stick.

There is a  video located on youtube if you care to run over there to take a look at the animated sequences. 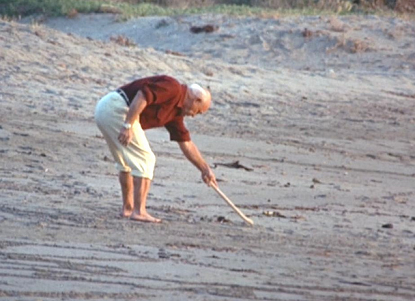 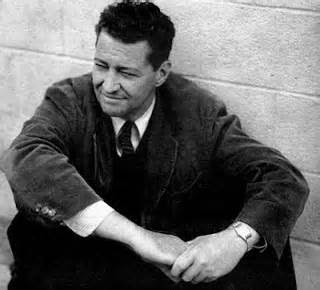 John Hubley (May 21, 1914 – February 21, 1977)  In 1935, he worked as a background and layout artist at Disney, where he worked on the classic films: Snow White and the Seven Dwarfs, Pinocchio, Dumbo, and Bambi, as well as "The Rite of Spring" segment from Fantasia.

On February 25, 1939, the architect Frank Lloyd Wright visited the studio and brought with him a copy of the Russian animated movie The Tale of the Czar Durandai (1934). Wright thought that the different style and design, that was very different from the typical Disney animation, would inspire and give the animators new ideas. Hubley liked what he saw and was influenced by it. He left the company during Disney animators' strike in 1941, and found work directing films for Screen Gems and the Army's First Motion Picture Unit until he joined United Productions of America.

In 1949 he was the creator of the Mr. Magoo cartoon character, based on an uncle, and directed the first Magoo cartoon with Jim Backus voicing Magoo.

He founded Storyboard Studios and then moved to New York in 1955, where he switched production over to independent short films.

Hubley was originally the director of Watership Down, until his death which caused producer Martin Rosen to take over. Some of his work, including the opening sequence, remain in the final version.

He married Faith Elliott (September 16, 1924 – December 7, 2001) the same year as the studio's move, and they collaborated on nearly every film he made until his death in 1977 at age 62 during heart surgery; their final production was A Doonesbury Special, which aired on NBC in November of that year.

Faith and their four children carried on his legacy in the renamed Hubley Studios. Hubley is survived by his daughters Georgia Hubley, who plays drums and sings for the rock band, Yo La Tengo as well as Emily Hubley, a filmmaker and animator, who has made numerous short films, including animated inserts and segments for documentaries such as Blue Vinyl and the film version of Hedwig and the Angry Inch, and a feature called The Toe Tactic which combines live action and animation. His two other children with Faith Hubley were Mark and Ray Hubley, whose voices were used for the Academy Award for Best Animated Short Film-winning Moonbird. Children with Claudia Ross are son Mark Ross Hubley an accomplished second generation animator, grandson Miles Hubley film director and editor. Daughters Anne Hubley Ricchiuti and Susan Hubley Blakely. 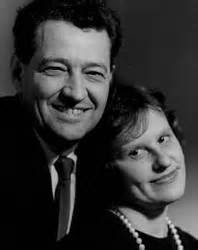 Email ThisBlogThis!Share to TwitterShare to FacebookShare to Pinterest
Labels: the 60s, the picasso summer (1969)