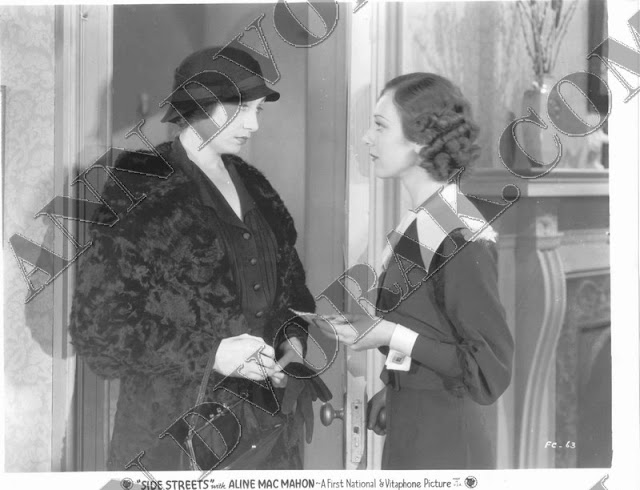 Kindhearted Bertha Krasnoff, meets unemployed sailor Tim O'Hara, while feeding animals at the zoo. Feeling sorry for him, offers him a place to stay for the night and hires him to help out in her fur shop, Madame Valerie's. Even though, he is not in love with her they marry.

While, Bertha is not happy about selling a fur coat to Madeline Ware, the mistress of wealthy George Richards, because she is friends with his wife, her own husband becomes involved with Marguerite Gilbert.

When Tim learns that Bertha is pregnant, he ends his relationship with Marguerite and swears to be faithful. After the baby is born, Bertha sends for her niece Ilka to help out in the store. Ilka is attracted to Tim, but he remains faithful to his wife until the baby dies.

One day, Marguerite comes to the store looking for Tim. Not realizing that Bertha is his wife, she tells her that she has given birth to Tim's baby. Bertha tells her that Tim has left town, but gives Marguerite money for the baby. She continues to visit Marguerite and the baby once a week, while Tim becomes involved with Ilka.

It is not long before Tim, decides to run away with Ilka, who accuses her of being an old and ugly woman who cannot hold on to her husband, Bertha sends them away.

Marguerite stops by and tells Bertha that she has a chance to marry an Australian man and asks Bertha if she will take her baby? Bertha, is over joyed. Tim, now has to face his own conscience...

The movie is about the many women, who do not seem to care if they destroy Bertha's life to get her husband. ( I could never figure out why.. maybe, he was the last man on earth) This drama is entertaining. 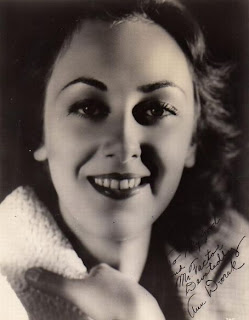 Ann Dvorak (August 2, 1911 – December 10, 1979), the only child of two vaudevillians, she was raised in the business that would later make her a star. Her father, Samuel Edwin McKim worked as a director at Lubin Studios, and her mother, actress Anna Lehr, found success as the star of many silent features. The couple split when their daughter was four years old, and she moved with her mother to Hollywood. Ann would not see her father again until a national appeal to the press reunited the two in 1934.

As a child, she appeared in several films. She began working for MGM in the late 1920's as a dance instructor and gradually began to appear on film as a chorus girl. Her friend Joan Crawford introduced her to Howard Hughes, who helped her become an actress.

Known for her style and elegance, she was a popular leading lady for Warner Brothers during the 1930's, and appeared in many romances and melodramas.

A dispute over her pay (she discovered she was making the same amount of money as the little boy who played her son in Three on a Match) led to her finishing out her contract on permanent suspension, and then working as a freelancer, but although she worked regularly, the quality of her scripts declined sharply.

She appeared as secretary Della Street to Donald Woods' Perry Mason in, The Case of the Stuttering Bishop (1937).

She also acted on Broadway. With her then-husband, British actor Leslie Fenton, Dvorak traveled to England where she supported the war effort by working as an ambulance driver and appeared in several British films.

She gives a magnificent and unforgettable performance as a saloon singer in Abilene Town(1946).

She retired from the screen in 1951, when she married her third and last husband, Nicholas Wade, to whom she remained married until his death in 1975. It was her longest and most successful marriage. She had no children. She lived her post-retirement years in anonymity until her death from stomach cancer at the age of 68. 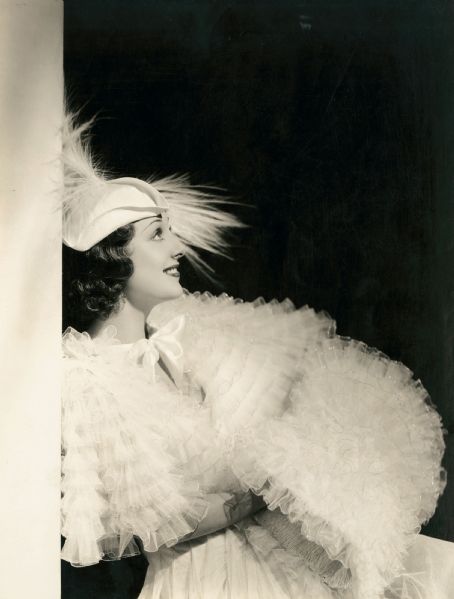 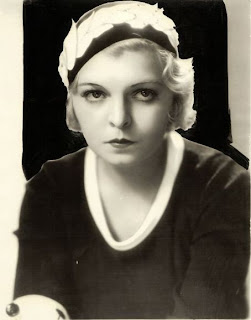 Mayo Methot (March 3, 1904 – June 9, 1951), she started performing on stage at the age of four or five. A little more than five feet tall, she was nicknamed, "The Portland Rosebud." She performed with the Baker Stock Company in Portland, Oregon until 1922 when she left for New York, where she met George M. Cohan and worked in "Great Day", "All the King's Men", "The Song and Dance Man" and "The Medicine Man".

She became a popular actress on Broadway during the 1920's where she was best known for both her acting and singing ability. While on Broadway she originated a role in the Vincent Youmans/Billy Rose musical Great Day (1929), introducing the standard "More Than You Know".

She moved to Hollywood in the early 1930's and began working for Warner Brothers Studios. She was usually cast as unsympathetic tough-talking "dames" in many crime melodramas such as: Jimmy the Gent and Marked Woman, where she met Humphrey Bogart.

After the death of her father, Captain Jack Methot, on December 20, 1929, she came to Hollywood in 1930 and married Percy T. Morgan. They divorced shortly after she met Bogart, in 1936. She married Humphrey Bogart in 1938.

Methot and Bogart became a couple of high-profile Hollywood celebrities, but it was not a smooth marriage. They became known as "The Battling Bogarts," with Methot nicknamed "Sluggy." Bogart later named his yacht "Sluggy" in her honor.

The Bogarts linked up with director John Huston in Italy. During a night of heavy drinking, Methot insisted that everyone listen to her perform a song. The performance was so bad and embarrassing that Huston and Bogart remembered it years later and based a scene in Key Largo on the incident. It is the scene in which the alcoholic girlfriend (Claire Trevor) of the mobster (played by Edward G. Robinson) sings a number off key and while intoxicated. The performance won Trevor an Oscar.

Methot's career went into a rapid decline as a result of her drinking and her marriage to Bogart ended in 1945, when he left her to marry Lauren Bacall. Following her divorce from Bogart in May 1945 (Bogart married actress Lauren Bacall two weeks later), she moved back to Oregon where her mother helped take care of her. Methot died on June 9, 1951. 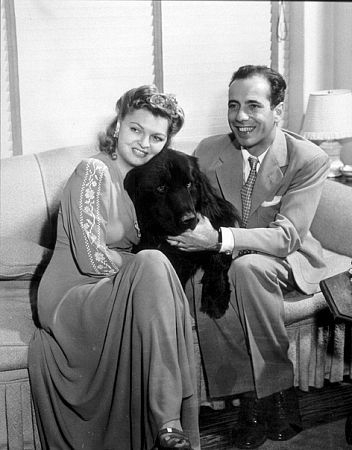