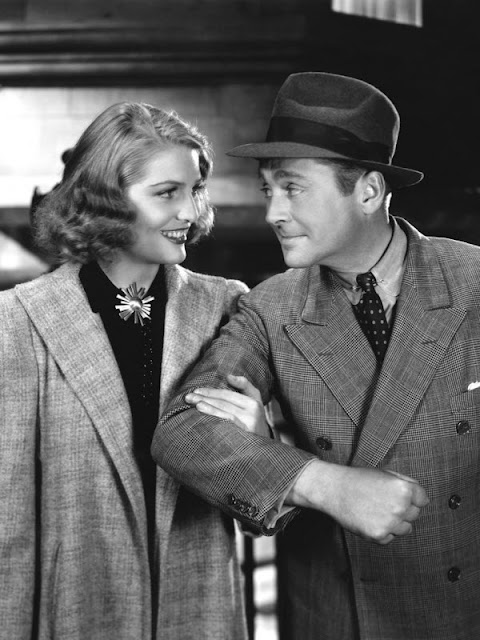 Living on Love (1937). Is a film released by RKO Radio Pictures. The film is a remake of the RKO film, Rafter Romance (1933). Cast: James Dunn and Whitney Bourne.

When Eli West, rents a room to Russian acrobats Ivan and Nicolai Ghonoff, he has Mary Wilson, who is late on her rent, become the "invisible" roommate of another tenant, starving artist Gary Martin.

With no where to go, Mary agrees.. He uses the apartment during the day and she uses it at night. It is not long before Gary and Mary, get on each others nerves and they start to leave each other nasty notes and playing practical jokes on each other..

One night, Gary, who has never seen Mary, flirts with her in a cafe and after plotting his roommates murder with her, asks her out for a date.

Mary displays all Gary's paintings, during a huge wind storm at an exhibit called the "world's worst artist." By the time Gary recovers all his paintings, he misses his date with Mary and runs into a jealous Edith, who steals his painting of Mary.

Eli, has heard from tenant Pete Ryan, that Mary and Gary are dating. Then, while Gary and Mary are out eating doughnuts, Ogilvie O. Oglethorpe, Mary's employer, arrives unexpectedly her apartment building.

Eli, decides to have him wait in her old apartment. When Oglethorpe, seeing the picture of the acrobats' enormous mother, he quickly leaves, believing she is Mary's mother and passes by Edith on the front stairs.

Mary and Gary, who have been using phony names and addresses with each other, try to part in front of their apartment building without revealing where they really live.

Mary happens to see her picture on an advertisement for Crumwell sausages. Furious, blames it on Gary, which is overheard by Pete. After Pete knocks out Gary, Mary takes him to her/his apartment to help him recover. How will they finally figure out the truth? 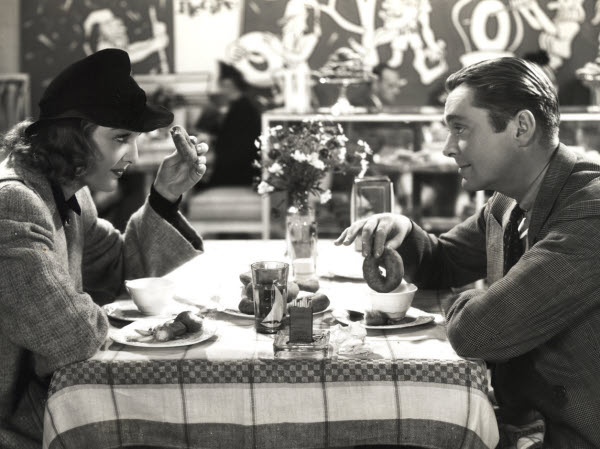 This is a "B"-movie remake of 1933's romantic comedy, "Rafter Romance". This film is not as good as the earlier version. Although, still worth watching. 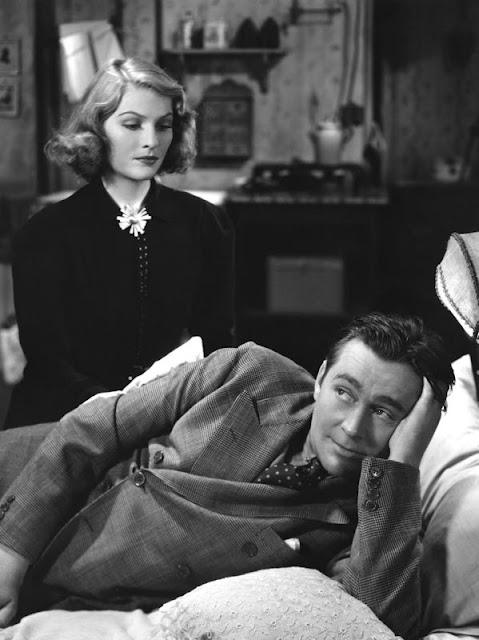 Whitney Bourne, made 10 films and performed on Broadway, in the 30's.
Posted by Unknown at 4:22 AM