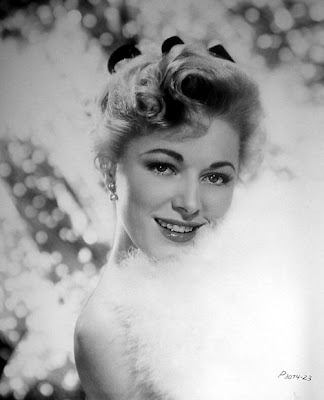 TCM's Star of the Month: Eleanor Parker, was offered her first screen-test by a 20th Century-Fox talent scout, but turned the opportunity down to gain more stage experience. She moved to California to continue her acting studies at the Pasadena Playhouse. It was there, while sitting in the audience of a play being put on at the Playhouse, she was again offered a screen-test, this time from a Warner Brothers' scout  and again declined, wanting to finish her first year at the Playhouse. Eleanor, eventually contacted Warner Brothers to take them up their offer of a screen-test and was signed as a contract player. On June 24th TCM is showcasing the following Eleanor Parker's films: 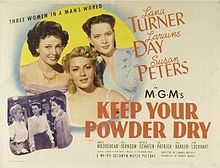 On TCM June 25th. I will be watching the classic film: Keep Your Powder Dry (1945). Starring Lana Turner, Susan Peters and Laraine Day. This is a low-keyed drama about the opportunities which became available to women during the war.

The woman all come from different backgrounds and quickly had to face the challenges that would affect their lives forever. All three performances are excellent, but it was Day's performance that I enjoyed the most. 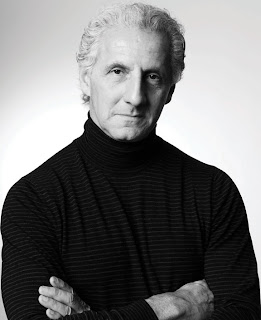 On June 26th TCM's Quest Programmer: Joseph Abboud. A well known menswear designer and author, says his ideas for his designs are inspired by the movies. His mother was a seamstress and his grandfather owned Australia's largest men's tailored-clothing company. He worked with Ralph Lauren in 1981, eventually becoming associate director of menswear design and launched his own label five years later. In 1988, with GFT, Abboud launched J A Apparel. After having sold his trademarks and name to J A Apparel, he left that company in 2005. He later launched a new line called Jaz, created a line for Lord & Taylor department store and became chief creative officer of HMX, owner of the Hart Schaffner Marx and Hickey Freeman brands. Abboud, whose 2004 book Threads: My Life Behind the Seams in the High-Stakes World of Fashion, he writes about his involvement in the world of American fashion. As TCM's Guest Programmer, Abboud chooses four black-and-white movies from the 1940's, when leading film stars (Errol Flynn was his favorite)were impeccably dressed and his movie choices are: 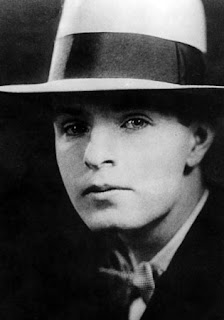 June 28th Friday Night Spotlight: Noir Writer Cornell Woolrich, began writing while attending Columbia University where he wrote his first novel, a Jazz Age piece titled "Cover Charge" in 1926. Another book, "Children of the Ritz", followed in 1927. He  was a (non credited) Hollywood screenwriter, but his time there was unhappy. A disastrous marriage to a producer's daughter failed and he headed back to New York. He wrote suspense stories for magazines such as "Argosy", "Black Mask" and "Thrilling Mystery". Some called him "the Poe of the 20th century". When his mother became ill he decided to take care of her and retired from writing. 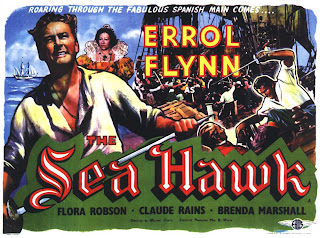 On TCM June 29th. I will be watching the wonderful action classic film: The Sea Hawk(1940). If you love Errol Flynn, ship-to-ship fights, chases, escapes and of course sword fights. This film is for you my little Buccaneers. 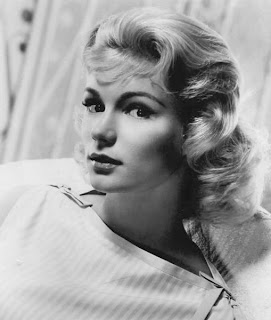 Before Yvette Mimieux, film career began, she was one of four finalists from a beauty contest picked by Elvis Presley (while he was filming Jailhouse Rock, 1957) who were invited to come to the set and compete for a bit role in the movie ("girl in bathing suit"). She and the other girls modeled their suits, Mimieux was not selected.

On TCM June 30th. I will be watching one of her lesser known films, The Picasso Summer(1970). A story about George Smith an architect, who needs a vacation.. George's wife, Alice, tries to cheer him up by taking him to a party of artists, but they do not have a good time. After spending a restless night, George admires the Picasso reproductions that hang on the walls of their apartment. George suggests that he and Alice fly off to the south of France to thank Picasso in person. Alice agrees, thinking the trip will be one that they will remember for the rest of their lives.


This weeks silent movie feature is :