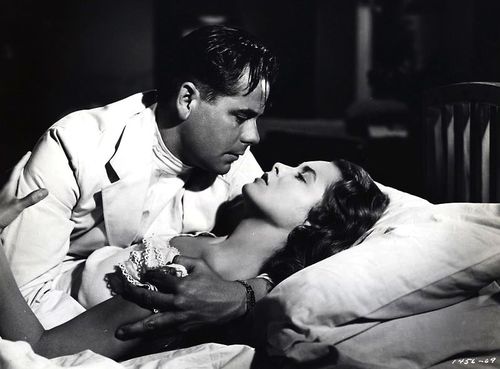 After completing medical school, Michael Corday arrives at the Department of Neurology at New York City's Bellevue Hospital to begin his internship. With his father John Corday, who is a brilliant and well-respected doctor as is his sister Mariette's fiance, George Esmond.

When Michael accuses George of being an opportunist and wanting to marry Mariette only to be associated with his father, George denies the accusation.

At the hospital, Michael is accused by another physician, Dr. Granville, of being dispassionate towards his patients. Just like his father.  As rumors of Michael's poor bedside manners spread throughout the department, Michael, decides to change his ways.

When a candy store employee named Evelyn Heldon, is admitted into the hospital, Michael and Evelyn become fast friends and he makes sure that her operation is performed by the best surgeon in the department, Dr. Francis I. Garard.

Meanwhile, Michael's young sister Fabienne wants to get out on her own and moves to Greenwich Village.

Michael, begins to fall in love with Evelyn and Michael's father, who does not like her because she is poor, asks Frank to pay Evelyn to leave him. Michael can not believe it when he learns the details of the pay-off and goes looking for her and finds Evelyn making taffy. Noticing that she does not have enough food, Michael decides to postpone thier marriage plans until she is well.

Later, when Michael's father becomes ill Mariette, calls off her wedding to take care of her him.

With Evelyn's help, Michael opens a private practice in a poor neighborhood, but eventually he wants to practice under a skilled doctor.

Late one night, Fabienne, whose married boyfriend has deserted her, arrives at Michael's doorstep. Hemorrhaging from a botched abortion, Fabienne is rushed to the hospital, but dies during surgery.

After much thought, Michael decides to continue practicing medicine in the poorer neighborhood where he is needed most...


This is a good family drama with Dr. Corday, trying to control his adult children, which leads to arguments, estrangement and tragedy... will this family ever recover?. 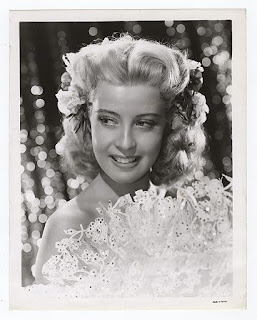 She began her career as a child actor with a bit part in Charlie Chaplin's Modern Times (1936).

Despite featured roles in such films as Best Foot Forward, The Thin Man Goes Home (1944) and Summer Stock (1950), and being voted by exhibitors as the third most likely to be a "star of tomorrow'" in 1944, she did not achieve film stardom.

She portrayed her own mother, Flora Parker DeHaven, in the Fred Astaire film Three Little Words (1950).

DeHaven also appeared as a regular in the television series and soap operas As the World Turns, Mary Hartman, Mary Hartman and Ryan's Hope.

She was one of the numerous celebrities to appear in the all-star box office flop, Won Ton Ton, the Dog Who Saved Hollywood (1976), and has guest starred in such television series as Robert Montgomery Presents, Appointment with Adventure (episode entitled "The Snow People"), The Guy Mitchell Show, Johnny Ringo (as Rosemary Blake in "Love Affair"), The Rifleman, Wagon Train, The Lloyd Bridges Show, Marcus Welby, M.D., Gunsmoke, Mannix, Fantasy Island, Hart to Hart, The Love Boat, Highway to Heaven, Murder, She Wrote and Touched by an Angel.

She was also on five episodes of Match Game 75 along with Patti Deutsch and Buck Owens as guest panelists.

DeHaven has been married four times to three different men. Her first husband was actor, John Payne, star of The Restless Gun television series, whom she married on December 28, 1944, and divorced in 1950. Her second husband was real estate developer Martin Kimmel; they were married June 21, 1953, and divorced the following year. She was married to Richard Fincher from 1957 until 1963; they remarried in 1965 and divorced again in 1969. She has two children with Payne, daughter, Kathleen Hope (born 1945), and son, Thomas John Payne (born 1947), and two children with Fincher, son, Harry (born 1958), and daughter, Faith (born 1962). 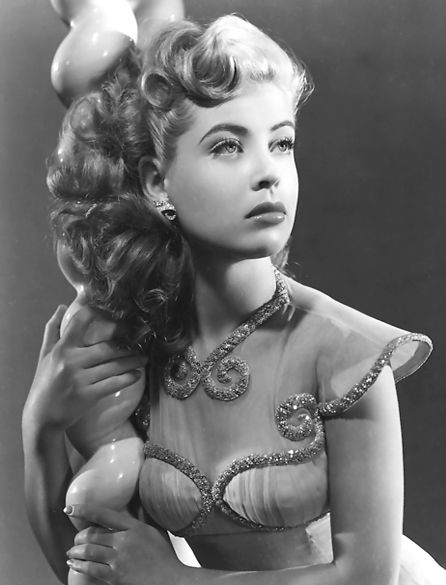 Email ThisBlogThis!Share to TwitterShare to FacebookShare to Pinterest
Labels: charles coburn, glenn ford, janet leigh, the 40s, the doctor and the girl(1949)