What I'm watching this Week..

Ralph Bellamy (June 17, 1904 – November 29, 1991). During his career, he played leading roles as well as supporting roles and received a nomination for the Academy Award for Best Supporting Actor for his role in, The Awful Truth (1937) and played a similar part, in His Girl Friday (1940). He was a founder of the Screen Actors Guild and served as as a four-term President of Actors' Equity from 1952–1964. His final performance was in Pretty Woman (1990). To celebrate his birthday on June 17th TCM is showing the following films in his honor: 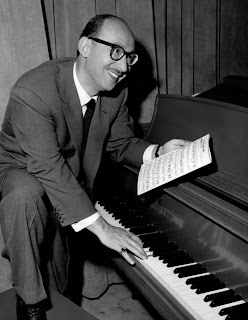 Sammy Cahn (June 18, 1913 – January 15, 1993) is best known for his romantic lyrics to films and Broadway songs. He had a series of hit recordings with Frank Sinatra during the singer's time at at Capitol Records, but also enjoyed hits with Dean Martin and Doris Day. He played the piano and violin. He won the Academy Award four times for his songs, including the popular song "Three Coins in the Fountain". TCM is celebrating his June 18th birthday with the following films:

Video: The song from the film Three Coins in the Fountain (1954). 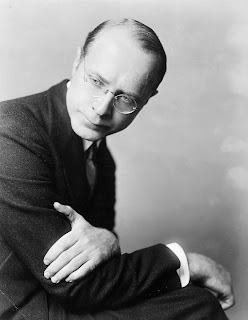 Donald Ogden Stewart (November 30, 1894 - August 2, 1980). After the war he started to write and found success with A Parody Outline of History, a satire of The Outline of History (1920) by H. G. Wells. Soon after, a friend of his got him interested in theater and he became a noted playwright on Broadway in the 1920's. He was friends with Ernest Hemingway (he was the model for Bill Gorton in Hemingway's The Sun Also Rises). He adapting some of his plays to film, but on first entering Hollywood he had to adapt the plays of others as his own were shelved. He had a small part in the film, Not So Dumb. By the 1930's he had become known primarily as a screenwriter and won an Academy Award for The Philadelphia Story (1940). On June 19th TCM is showcasing the Stewart's films: 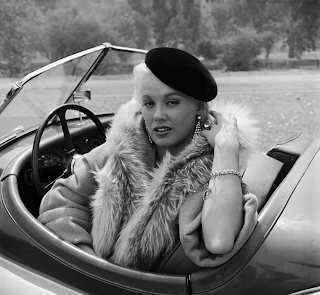 Mamie Van Doren, (born February 6, 1931 or 1933 according to her), is an actress, model, singer and sex symbol that was one of the first actresses to imitate the look of Marilyn Monroe. Van Doren is best remembered for bringing the rock 'n' roll-style of music into the "B"-musical, Untamed Youth (1957). June 20th is your chance to rock out with her films:

Friday Night Spotlight: Noir Writer Jonathon Latimer.(October 23, 1906 – June 23, 1983) was a a journalist at the Chicago Herald Examiner and later for the Chicago Tribune, writing about crime and meeting Al Capone and Bugs Moran. In the mid-1930's, he began writing fiction, starting with a series of novels featuring private eye William Crane, in which he began combining crime fiction and comedy. If you would like to check out some of his work, TCM is spotlighting him June 21st with the films: 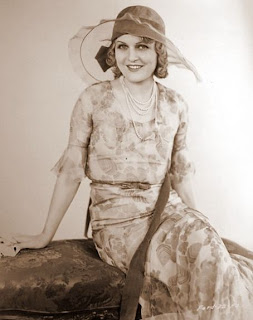 June 22nd. TCM, is going to show actress Mona Maris's classic film, The Falcon in Mexico (1944). A story about an artist's daughter, who becomes suspicious when paintings by her supposedly dead father begin turning up in New York. When a gallery owner is murdered, the Falcon and Miss Wade head for Mexico City to investigate.

Mona Maria, dreams of becoming an actress began during World War I, when she was a student living in Luders, France. Together with her classmates she wrote, directed, and presented short plays to entertain soldiers. After graduation Maris moved to England, where a prominent director noticed Maris and offered her a five-year contract. Her Hollywood film career began with the 1925 movie The Apache and continued until the 1980's when she performed in Camila (1984). It was her inability to speak English which nearly ended Maris' film career. From 1931 until 1941 she starred in nineteen Spanish-language versions of successful American pictures.
Maris also appeared in seven English dialogue movies for three studios. 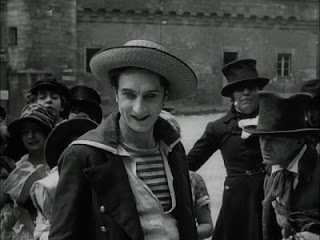 This weeks Silent film movie on TCM:  Kean (1924).  A film about the career of a Shakespearean actor, who's life is ruined when he falls in love with a society woman. 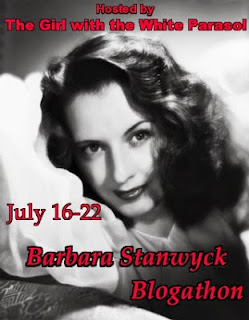 Barbara Stanwyck, is The Girl with the White Parasol favorite actress and she has decided to hold a Barbara Stanwyck Blogathon, from July 16 to July 22. Please click on poster located on side bar to join in on the fun. 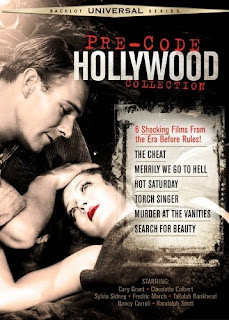 I plan on continuing sharing my movie reviews on the films featured on Pre-Code Hollywood DVD box-set. Please click on poster located on the side-bar to read reviews as I go along. 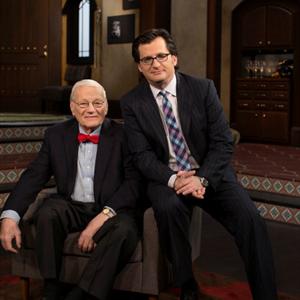 I did happen to catch a little of Ben Mankiewicz with his father on TCM.  It was nice to see another side of Ben. His father Frank Mankiewicz had some great stories about U.S. political history and films. He is still going strong at age 89. They even talked about Franks love life..