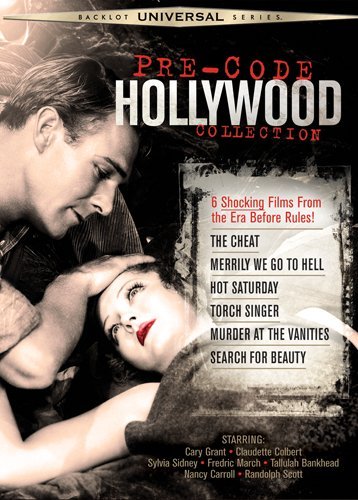 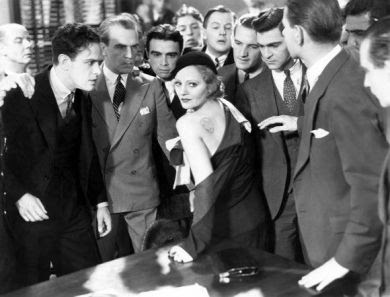 The Cheat (1931). Pre film code directed by George Abbott. Cast: Talullah Bankhead and Harvey Stephens. It is a remake of the 1915 silent film of the same name which was directed by Cecil B. DeMille.

Compulsive gambler Elsa Carlyle, wants to live her life to the fullest. Her husband Jeffrey, is a struggling stockbroker, who loves her despite her gambling addition. At the yacht club, Elsa overhears Hardy Livingstone say the word "luck," just as she is about to throw the dice and she decides to bet all her chips. She loses $10,000.

Later that evening, Elsa accepts Livingstone's invitation and they travel by boat to his house. She finds that Livingstone, is a smooth talker with an Oriental obsession. He offers to help out with her debt but at a very high price. 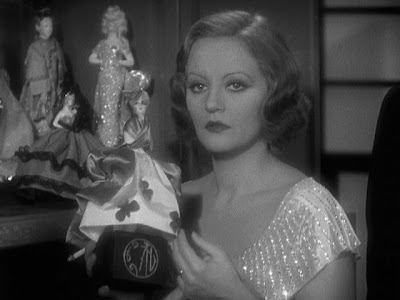 He shows Elsa his doll collection which is made in the likeness of his former lovers. At the dolls base they are stamped with the words "I possess." Livingstone, then offers her a dress of a Siamese princess to Elsa to wear to the "milk fund" ball. Elsa, tells him that she's in love with her husband and refuses to take the dress.

When Elsa goes home, Jeffrey lets her know he is jealous of Livingstone and does not want her to see him again.

When Jeffrey's friend Terrell tells them of a hot stock tip, Elsa is unable to resist the temptation and uses the money she had been entrusted with from the "milk fund" ball into the stock market. 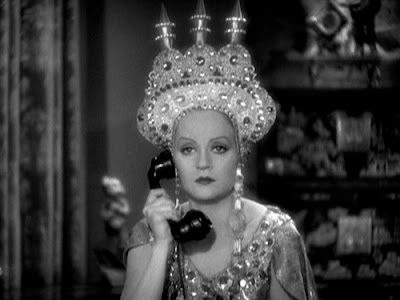 Elsa, decides to wear Livingstone's princess gown to the ball, but is upset when she receives a phone call from Terrell saying that she lost all the money. Overhearing her conversation, Livingstone offers to give her the money. In exchange, he expects her to be "a little nicer" to him. Elsa accepts his offer and repays the milk fund .

That night, Jeffrey arrives home, informing her that they are now millionaires. She confesses her gambling debt, which Jeffrey has already paid. When she asks for another $10,000, he gives it to her, then follows her to Livingstone's.

Elsa gives Livingstone the check believing her debt is paid, but Livingstone has already made a doll in her likeness. When she refuses.. he"tattoos" her with his crest and calls her a "cheat". Elsa shoots him and runs home. 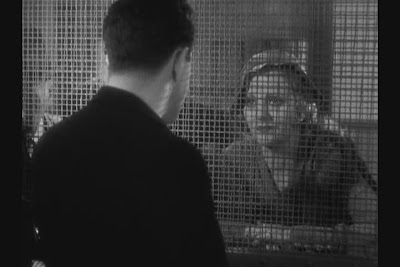 Jeffrey finds Livingstone and takes the blame for the crime. Will Elsa come forward with the truth? 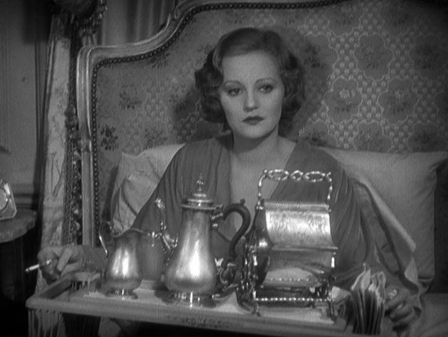 Tallulah, is really a one of a kind actress and I have to say... she really captures your interest in this racy pre-code. If you enjoy pre-code's, the actress Tallulah and amazing costumes of the 30's, this film is for you.. 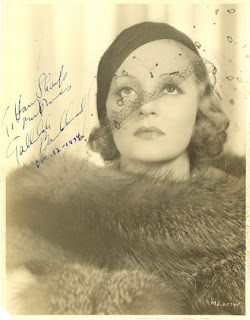 Tallulah Bankhead (January 31, 1902 – December 12, 1968), her "first performance" was for the Wright brothers, Orville and Wilbur. Her Aunt Marie gave the brothers a party at her home in which the guests were asked to entertain.

At 15, Bankhead won a movie-magazine beauty contest and soon after she moved to New York. She quickly landed bit parts, first appearing in a non-speaking role in, The Squab Farm.

She became a member of the Algonquin Round Table and was known as a hard-partying girl-about-town. During this time she began to use cocaine and marijuana.

In 1918 she made her stage debut at the Bijou Theatre in New York.

In 1923, she made her debut on the London stage at Wyndham's Theatre.  Where she perform in over a dozen plays in the next eight years. Her fame as an actress was ensured in 1924 when she performed in, They Knew What They Wanted. The show won the 1925 Pulitzer Prize.

She was famous not only as an actress but also for her many affairs and her wild personality. Her longest known affair during this time in her life was with an Italian businessman named Anthony de Bosdari, which lasted just over one year. 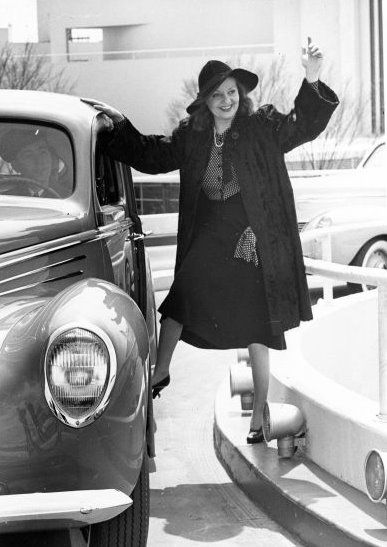 While in London, Bankhead bought herself a Bentley, which she loved to drive. She was not very good with directions and constantly found herself lost in the London streets. She would telephone a taxi-cab and pay the driver to drive to her destination while she followed behind in her car.

Bankhead's first film was, Tarnished Lady (1931), directed by George Cukor and the pair became fast friends. Bankhead behaved herself on the set and filming went smoothly, but she found film-making to be very boring. 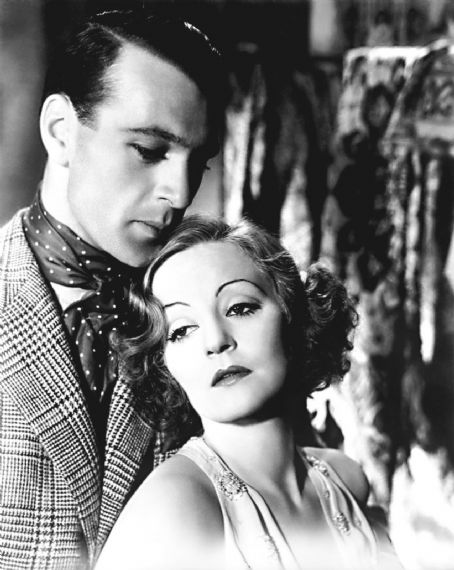 Bankhead was not very interested in making films, but the opportunity to make $50,000 per film was too good to pass up. Her 1932 movie Devil and the Deep is best known for the three major co-stars, with Bankhead receiving top billing over Gary Cooper, Charles Laughton and Cary Grant and is the only film with both Cooper and Grant as the film's leading men.


In 1934, she returned to England and after a short stay, she was called back to New York to play in the film, Dark Victory. Although, Bette Davis played the leading character in the 1939 film version, she admitted later that she was emulating Bankhead.

David O. Selznick, producer of Gone with the Wind (1939) called her the "first choice among established stars" to play Scarlett O'Hara. Although her screen test for the role in black-and-white was superb, she photographed poorly in Technicolor. Selznick also reportedly believed that at age 36, she was too old to play Scarlett, who is 16 at the beginning of the film (the role eventually went to Vivien Leigh). Selznick sent Kay Brown to Bankhead to "sound her out" about playing prostitute Belle Watling in the film, which she turned down.

Returning to Broadway, Bankhead's career stalled after performing in a couple unmemorable plays.

In 1944, Alfred Hitchcock cast her as Constance Porter, in her most successful film, Lifeboat. Which won her the New York Film Critics Circle Award.

Even though Bankhead's career slowed in the mid-1950's she continued to perform on Broadway,  occasional films, radio and in television.

Bankhead's most popular television appearance was her December 3, 1957, appearance on The Lucille Ball-Desi Arnaz Show. Bankhead played herself in the classic episode titled "The Celebrity Next Door". The part was originally planned for Bette Davis, but Davis had to bow out after cracking her vertebra. Lucille Ball reportedly was a fan of Bankhead's and did a good impression of her. By the time the episode was filmed, both Ball and Desi Arnaz were extremely frustrated by Bankhead's bad behavior during rehearsals. Ball and Arnaz did not know about Bankhead's ability to memorize a script quickly. After rehearsals, the filming of the episode went without a hitch and Ball congratulated Bankhead on her performance.

Video: "The Celebrity Next Door."

Her last motion picture was a British horror film, Fanatic (1965), co-starring Stefanie Powers, which was released in the U.S. as Die! Die! My Darling!.

Her last performance onscreen came in March 1967 as the villainous Black Widow in the Batman TV series, and on the December 17, 1967, episode of The Smothers Brothers Comedy Hour comedy-variety TV series, in the "Mahta Harry" skit.

Bankhead was an avid baseball fan whose favorite team was the New York Giants.

Bankhead married actor John Emery, the son of stage actors Edward Emery (circa 1861–1938) and Isabel Waldron (1871–1950), on August 31, 1937. Bankhead filed for divorce in Reno, Nevada, in May 1941. It was finalized on June 13, 1941. Bankhead had no children but was the godmother of Brook and Brockman Seawell, children of her lifelong friend, actress Eugenia Rawls, and Rawls's husband, Donald Seawell.

On December 12, 1968, Bankhead died at the age of 66. The cause of death was double pneumonia, complicated by emphysema, malnutrition and possibly a strain of the Hong Kong flu. 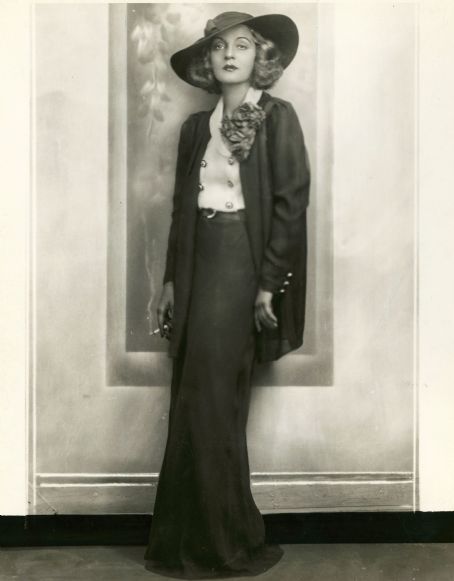