In Memory: Esther Williams, Swimming Champion Who Became a Movie Star, Dies at 91. 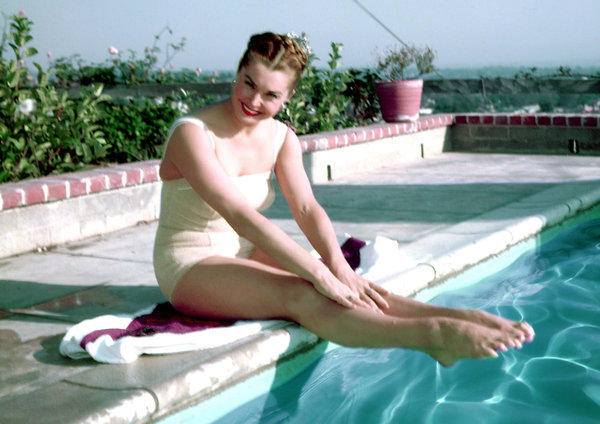 Unable to compete in the 1940 Summer Olympics because of the outbreak of  World War II, she joined Billy Rose's Aquacade. It was at the Aquacade that Williams caught the attention of MGM scouts. Williams made films in the 1940's and early 1950's known as "aqua-musicals".

In 1952, Williams performing in her only biographical role, as Australian swimming star Annette Kellerman in "Million Dollar Mermaid", which would go on to become her nickname.

Following her retirement from film in the 1960's, Williams became a businesswoman, and lent her name to a line of swimming pools and swimwear, instructional swimming videos for children and serving as a commentator for synchronized swimming at the 1984 Summer Olympics.

Asked once who her favorite leading man was, Ms. Williams said... “The water.”

In the water she was graceful and as an actress she could hold her own with actors: Red Skelton, Lucille Ball, Gene Kelly, Frank Sinatra and Betty Garrett. Her films were always fun to watch and could brighten anyone's day.. 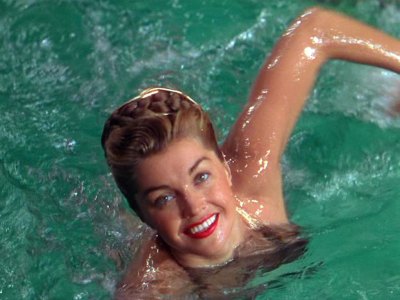 Email ThisBlogThis!Share to TwitterShare to FacebookShare to Pinterest
Labels: esther williams, in memory(2013)