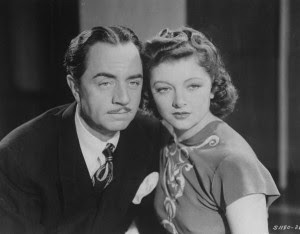 Love Crazy(1941). Comedy. Everyone knows that William Powell, always wore a mustache, but did you know he shaved it off when dressed as a woman for this film? The tenth of fourteen films pairing William Powell and Myrna Loy.

Architect, Steve Ireland and his wife Susan, are looking forward to celebrating their fourth anniversary alone, but their plans are changed when Susan's mother, Mrs. Cooper, drops in and asks Steve to mail a letter for her.

On his way back up to the apartment, he runs into Isobel Grayson, a now married woman from his past, has moved into the apartment below. When the elevator gets stuck, they have to climb out and Steve hits his head and chokes on his tie. 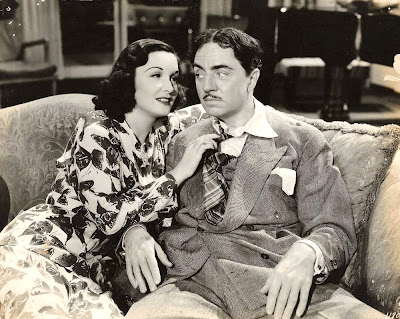 Isobel, takes him to her apartment and tries unsuccessfully to make a play for him while her artist husband "Pinky" is working in his studio.

After Steve, returns to his own apartment he tells his wife about the broken elevator, but does not say anything about visiting Isobel, until he has to explain how he left his hat in her apartment.

As Mrs. Cooper is leaving, she slips and sprains her ankle. Susan then has to go in her mother's place to meet a relative at the train station. When Steve goes onto the terrace he sees Isobel, who invites him down for a drink. He agrees, unaware that Mrs. Cooper, has over heard the whole conversation. When her mother informs Susan what she over heard, Susan calls Pinky and suggests that the two of them meet to make Isobel and Steve jealous.

Susan, mistakenly goes to the wrong apartment where she meets Ward, a world champion archer who is very happy to let her in. Just as Susan and Ward realize the mistake, Steve, Isobel and Pinky arrive and things look bad for Susan, they all return to their own apartments.

Just as Susan and Steve decide to forgive and forget, a cab driver calls for Steve. Now, Susan believes that he has been lying all this time and that he was in Isobel's apartment the entire evening.

The next day, their lawyer, George Renny, calls Steve to his office because Susan wants a divorce. Things do not go well for Susan and she gets herself another lawyer. Susan, disappears until the night before their divorce hearing when George calls Steve to inform him that he saw Susan at a party.

After, Steve crashes the party, George,  informs him that Ward has been in Arizona with Susan and her mother. Steve, begs George to have the hearing postponed, but George says that nothing short of insanity would work. Which, gives Steve an idea and tells one of the guests that he is Abraham Lincoln and throws some of the men's top hats into the pool to "free" them.

At the divorce hearing, George argues that Steve is crazy, but Susan testifies that Steve's eccentricities are his sense of humor. When Steve throws paper airplanes at the judge, the case is adjourned for thirty days to have Steve evaluated.

Now realizing the seriousness of his actions, Steve goes before the board and acts normally until the commission head, Dr. Klugle, arrives and Steve recognizes him as the man at the party. Steve, becomes so nervous that he appears unstable and is declared insane.

As the weeks pass, Steve decides to jump the fence of the mental hospital and goes back to his apartment.


The police are hot on his heals,  as he enters his own apartment wearing a dress and wig and pretending to be "Miss Ireland," Steves's sister. Will Steve be able to prove to Susan his side of story and will Susan have a change of heart and forgive him?

If you ever wanted to see Powell, without his famous mustache, wearing a dress, this movie is for you.. I have to admit he is one scary looking woman. Jack Carson, as always has some great lines.. 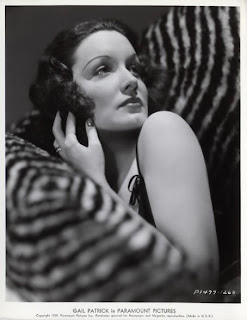 She also played the lead in films: Wives Under Suspicion (1938) and Robert Florey's Disbarred (1939).

Patrick retired from acting in films in 1948 and later, with her third husband Thomas Cornwell Jackson, became a producer of the Perry Mason television series (1957–1966).

She died from leukemia at age 69. 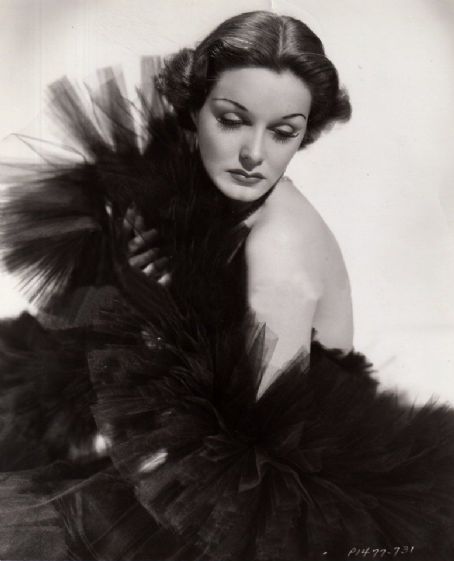 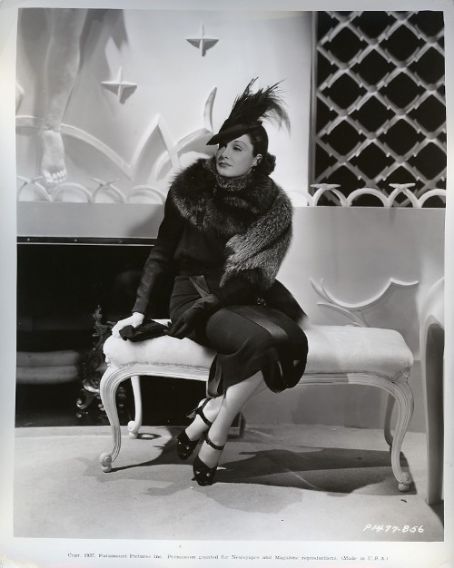