Shirley MacLaine and her only child "Sachi". 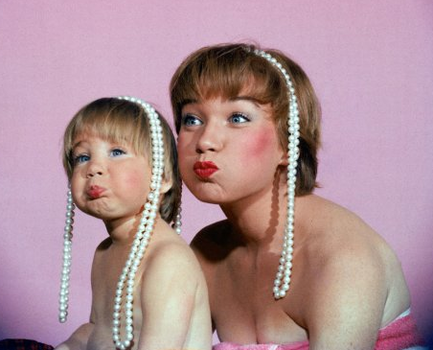 Stephanie Sachiko "Sachi" Parker (born September 1, 1956). She was the only child of actress Shirley MacLaine and businessman Steve Parker, her husband of thirty years.

At age two, she was sent to Japan to live with her father and his mistress. During the summer and at holidays, she visited her mother, they posed together on the cover of the February 9, 1959 issue of Life Magazine.(pictured above). While living with her mother, she landed and then lost the role of Scout in the classic film, To Kill a Mockingbird.

Video: Very cute pictures and video of Shirley MacLaine and her daughter "Sachi".

Parker taught skiing in New Zealand, worked as a waitress in Hawaii, then spent five years as a stewardess for Qantas Airways and later, worked as an au pair in Paris.

In 1981 she returned to Los Angeles and decided to become an actress. Sachi has performed in theater and films throughout the world. These performances include: Stick, directed by Burt Reynolds, Back to the Future, About Last Night, Peggy Sue Got Married, Riders to the Sea and Scrooged, and the TV shows: Star Trek: the Next Generation and Equal Justice. She starred in the 2009 Japanese film, The Witch of the West Is Dead, which showed at the Palm Springs International Film Festival. Her theater work includes Ladies in Waiting, Pastorale, and The Lulu Plays, which she won a Daramalogue Best Actress award.

On February 7, 2013, Penguin Group USA published Parker's autobiography, Lucky Me: My Life With and Without My Mom, Shirley MacLaine. MacLaine has called the book "virtually all fiction". Parker recently collaborated with co-author Frederick Stroppel (A Brooklyn State of Mind) on a one-woman show about her life, also titled Lucky Me. 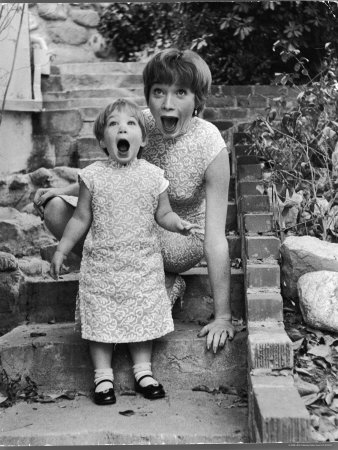