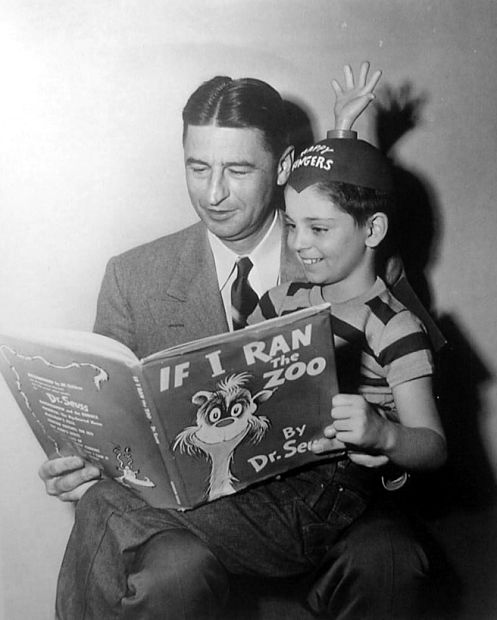 Dr. Seuss's The 5,000 Fingers of Dr. T. (1953). Musical/fantasy. The only film ever written by Dr. Seuss. Directed by Roy Rowland, with many uncredited takes directed by producer Stanley Kramer. 1953 Academy Award nomination for Best Scoring of a Musical Picture Made in 1953. The film was re-released in 1958 under the title Crazy Music. At the Hollywood premiere, film goers walked out on the film after only 15 minutes. Although, the film has gained a cult following over the years. 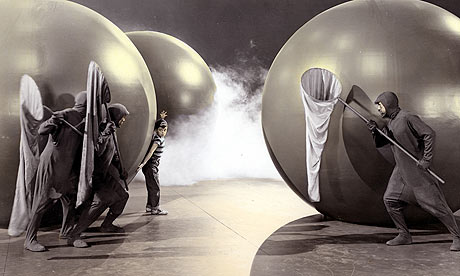 A little boy named Bart Collins, lives with his widowed mother Heloise, who insist that her son take piano lessons from Dr. Terwilliker. Bart complains to the visiting plumber August Zabladowski, who does not show much sympathy ...

In the middle of his lesson, Bart falls asleep and enters a musical dream....

Bart's dream takes place at the Terwilliker Institute, where the piano teacher is now a madman dictator who has imprisoned non-piano-playing musicians. He also built a piano so large that it takes 500 boys to play it. 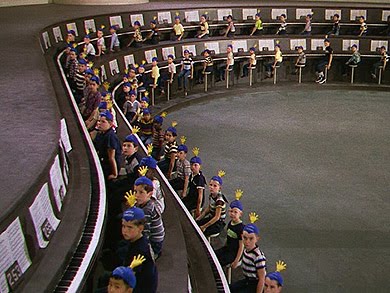 Bart's mother has been turned into Terwilliker's hypnotized fiancee and Bart must keep away from the Institute's guards as he tries to save both his mother and himself.

He goes to Mr. Zabladowski, who has been hired to install the Institute's bathrooms, it takes a lot of convincing, but the plumber finally agrees to help. The two of them build a noise-sucking contraption which ruins the huge piano's opening concert. The boys are now free after the noise-sucker explodes, waking Bart out of his dream... 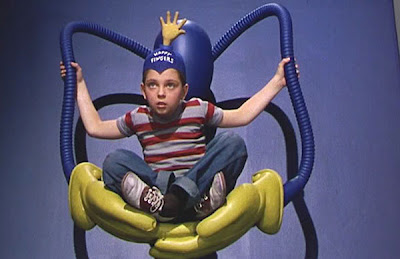 Video: Theodore Giesel's, dungeon number with the rejected players and their very strange instruments is a odd but funny, piece of choreography. I had not really planned on watching this film and even had my remote control in hand, but... could not seem to change the channel. This film will grab your attention and you will not soon forget watching it. IMHO.. A must see for Dr. Seuss fans. 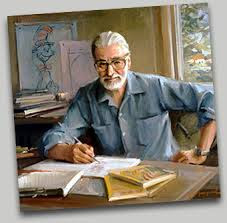 He had used the pen name Dr. Theophrastus Seuss in college and later used Theo LeSieg, and once Rosetta Stone, as well as Dr. Seuss.

Geisel published 46 children's books, which were often characterized by imaginative characters, rhyme and frequent use of anapestic meter.

His most celebrated books include: Green Eggs and Ham, The Cat in the Hat, One Fish Two Fish Red Fish Blue Fish, Horton Hatches the Egg, Horton Hears a Who!, and How the Grinch Stole Christmas!.

Numerous adaptations of his work have been created: 11 television specials, four feature films, a Broadway musical and four television series. He won the Lewis Carroll Shelf Award in 1958 for Horton Hatches the Egg and again in 1961 for And to Think That I Saw It on Mulberry Street.

Geisel also worked as an illustrator for advertising campaigns: Flit and Standard Oil and as a political cartoonist for PM, a New York City newspaper.

During World War II, he worked in an animation department of the United States Army, where he wrote Design for Death, a film that later won the 1947 Academy Award for Documentary Feature.

He was a perfectionist in his work and he would sometimes spend up to a year on a book. It was not uncommon for him to throw out 95% of his material until he settled on a theme for his book. For a writer he was unusual in that he preferred to only be paid after he finished his work rather than in advance.

Geisel's birthday, March 2, has been adopted as the annual date for National Read Across America Day, created by the National Education Association. 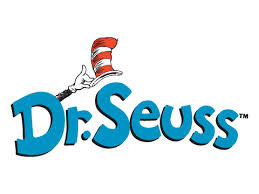