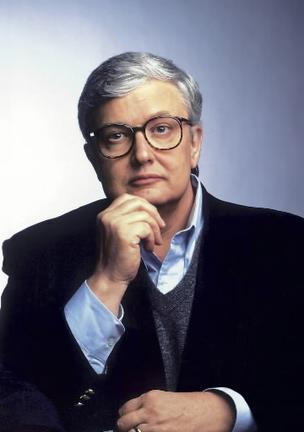 Roger Ebert (June 18, 1942 – April 4, 2013) was an American journalist, film critic and screenwriter . He was the first film critic to win a Pulitzer Prize, as well as the first to be awarded a star on the Hollywood Walk of Fame.

Ebert was known for his film review column (appearing in the Chicago Sun-Times beginning in 1967, and later online) and for the television programs Sneak Previews, At the Movies with Gene Siskel and Roger Ebert, and Siskel and Ebert and The Movies, which they co-hosted for 23 years.

After Siskel's death in 1999, Ebert teamed with Richard Roeper for the television series Ebert and Roeper and the Movies, which began airing in 2000. Although his name remained in the title, Ebert did not appear on the show after mid-2006, when he suffered post-surgical complications related to thyroid cancer, leaving him unable to speak.

Ebert ended his association with the show in July 2008, but in February 2009 he stated that he and Roeper would continue their work on a new show. Ebert's final show, Ebert Presents: At the Movies, premiered on January 21, 2011, with Ebert contributing a review voiced by someone else in a brief segment called "Roger's Office".

Ebert wrote more than 15 books, including his annual movie yearbook which is predominantly a collection of his reviews of that year.

As of 2010, Ebert's movie reviews appeared in syndicated in more than 200 newspapers in the United States and worldwide by Universal Press Syndicate.

It seems weird to me that... Roger Ebert, passed away on the day I shared his and Siskel's movie review on my Thelma and Louise post. I always looked forward to his movie reviews. He will be missed..
Posted by Unknown at 1:17 PM

Email ThisBlogThis!Share to TwitterShare to FacebookShare to Pinterest
Labels: in memory(2013), roger ebert