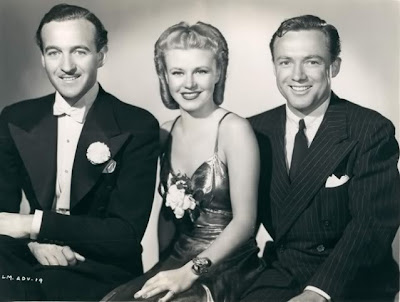 Bachelor Mother (1939). A comedy directed by Garson Kanin. Cast: Ginger Rogers, David Niven and Charles Coburn. The screenplay was written by Norman Krasna based on an Academy Award nominated story by Felix Jackson (aka Felix Joachimson) written for the 1935 Austrian-Hungarian film Little Mother. It was remade in 1956 as Bundle of Joy, starring Debbie Reynolds and Eddie Fisher. 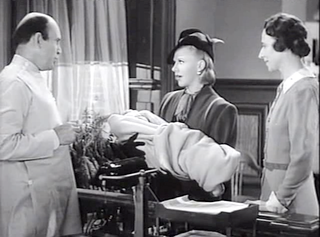 After her work day at Merlin's department store, salesgirl Polly Parrish watches as a woman leaves her baby on a foundling's home doorstep. Then thought by the attendants working there that she's the mother. After saying that she is not the baby's mother, Polly leaves the orphanage, but the people from the home, not believing her... track her down at work. 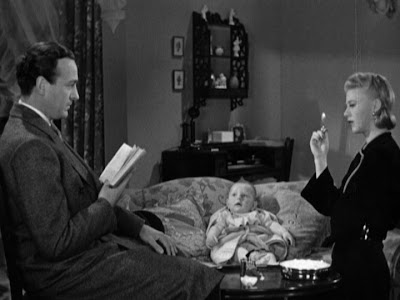 Feeling sorry for the "unwed mother," the boss's playboy son, David Merlin, gives her a better paying job in the toy department. When Polly still says that the baby does not belong to her, David threatens to fire her, she changes her story. Polly, takes to motherhood and names the baby boy, Johnnie.

Meanwhile, David, can not get them out of his mind and love begins to bloom.

Things become complicated when a disgruntled shipping clerk Freddie Miller sends a note to J. B. Merlin claiming that Johnnie's father is his son David. 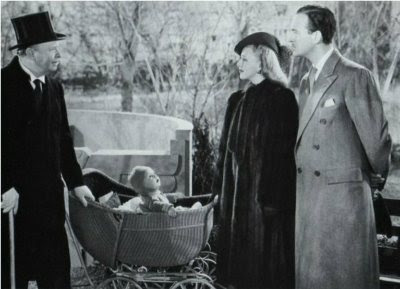 Wanting a grandson, J. B. threatens to take the baby from Polly. Not wanting to lose her baby, Polly convinces her landlady's son to pretend to be the baby's father and as she visits J. B. to introduce him as the baby's father, David appears with Freddie, claiming that the shipping clerk is Johnnie's real father. Confronted by two fathers, J. B. remains unconvinced of the baby's parentage. As Polly prepares to flee, David proposes, and all ends happily as Polly and David plan to marry and adopt baby Johnnie. 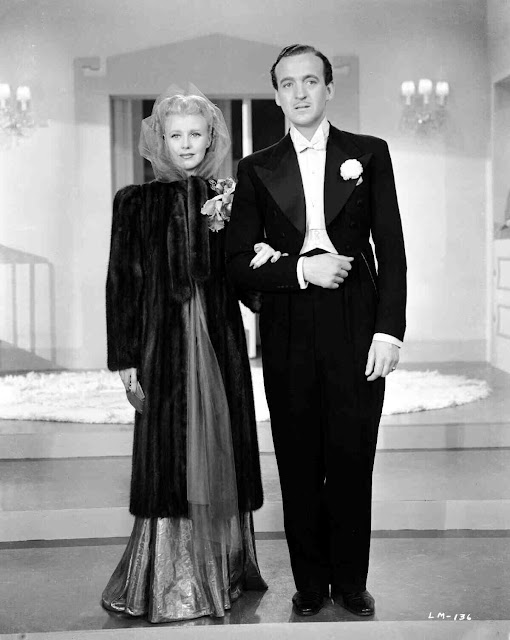 This charming light-hearted film, is my favorite version of Bachelor Mother. The plot is full of fun mistaken identities. Also, it is a little different to see Ginger Rogers, perform in a film where she does not dance or sing.. 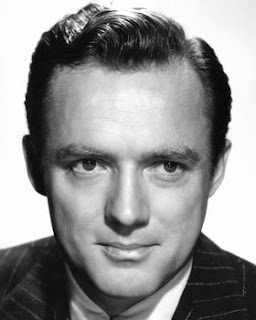 Frank Albertson (February 2, 1909 – February 29, 1964) was a character actor who made his debut in a minor part in Hollywood at the age of thirteen. As he worked as a laboratory assistant in a photographic shop, which resulted in meeting the right people to get him started in his acting career.

In his early career he often sang and danced in such films as: Just Imagine (1930) and A Connecticut Yankee (1931).

He landed a part in Alice Adams (1935) as the title character's brother and in, Room Service (1938) with the Marx Brothers.

As he aged he moved from featured roles to supporting and character partas Sam Wainwright, the businessman who said, "Hee-Haw" in the movie, It's a Wonderful Life (1946).

He guest starred in the early NBC western series, The Californians and twice in the David Janssen crime drama, Richard Diamond, Private Detective.

He was cast in 1959 and 1962 in different roles on Walter Brennan's sitcom, The Real McCoys.

In 1960, He appeared as General Devery in the episode "Strange Encounter" of the ABC/Warner Brothers western series Colt .45.

In the 1960-1961 television season, he played the character Mr. Cooper in five episodes of the CBS sitcom, Bringing Up Buddy, starring Frank Aletter.

In 1964, Albertson was cast as Jim O'Neal in the episode "The Death of a Teacher" of the NBC education drama, Mr. Novak.

One of his final screen appearances was as "Sam," the bewildered mayor of Sweet Apple, Ohio, in the 1963 musical Bye Bye Birdie. 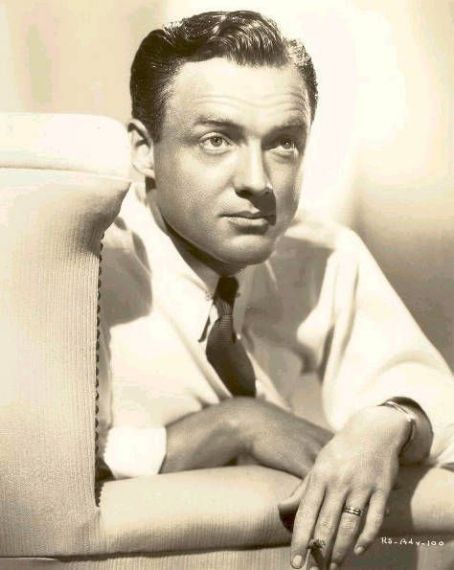