Whenever I think of the 70's popular TV shows, The Sonny & Cher Comedy Hour, is at the top of my list. My mother and I always looked forward to watching, The Sonny and Cher Comedy Hour a variety show every week. We could hardly wait to see Cher's costumes, which were always amazing. The show premiered on August 1971. After, Sonny and Cher had stopped making albums and Cher's first feature film, Chastity, was not a success. The couple decided to sing and tell jokes in nightclubs across the country. CBS head of programming Fred Silverman saw them one evening and offered them their own show. Originally The Sonny and Cher Comedy Hour was supposed to be a summer replacement series, but high ratings Silverman decided to give them a permanent spot on the schedule.

Each episode would open with the show's theme song, "The Beat Goes On".

Sonny would allow Cher to put down him down in a comic manner.

There was many corny comedy skits, mixed in with musical numbers:

One of my favorite skits was the cheesy weekly she's a V-A-M-P, vamp.": This skit was introduced with a song sung by Cher.

In another skit, Cher played a business executive, in a three-piece suit. She would come home to Sonny, a house-husband worn down by housework and Sonny would complain about how bad his day had been.

In the third season Cher introduces her greatest character of all, Laverne the laundromat lady.

Video. Cher as Laverne with Teri and Joe Namath as quest.

Three cast members who regularly appeared in sketches were: Teri Garr, Murray Langston (who later found brief fame as "The Unknown Comic" on The Gong Show), and Steve Martin (who also was one of the show's writers). The long guest list on the show was the popular stars of 70's era.

At the end of each episode, Sonny and Cher would sing their hit "I Got You Babe" to the audience, sometimes with daughter Chastity Bono. I have to admit watching this very charming video(posted below) brought a tear to my eye it was so cute.

The show was canceled May 1974, because of the couple's divorce, although they would reunite in 1976 for The Sonny and Cher Show, which ran until 1977. 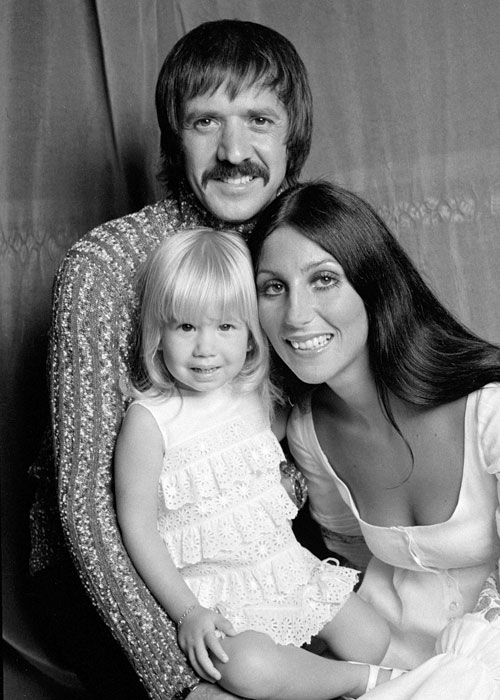