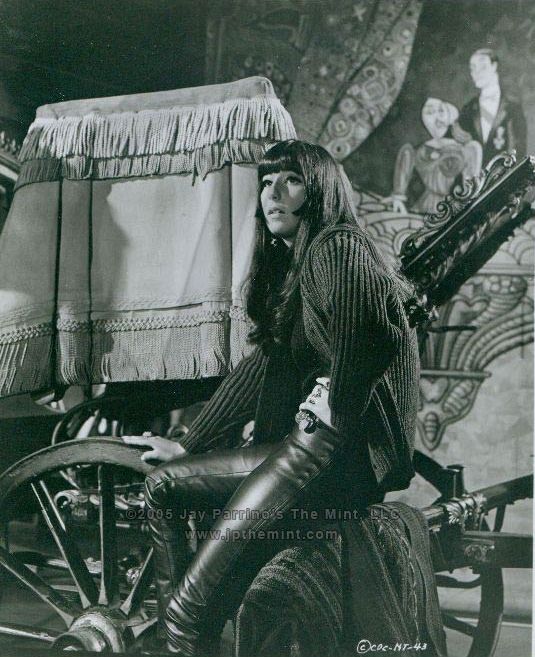 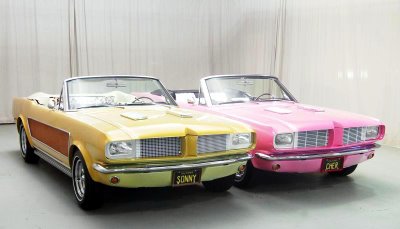 Both cars were taken straight off Ford’s San Jose assembly line and the Motor Company commissioned George Barris to personalize these cars for Sonny and Cher.

Sonny’s Mustang was finished in Murano Gold Pearl, with a dark brown side panel and orange and gold fade-away treatment over the wheel wells and grille openings. The interior was upholstered with Bobcat fur and antique buffed leather trimmed with rustic suede. 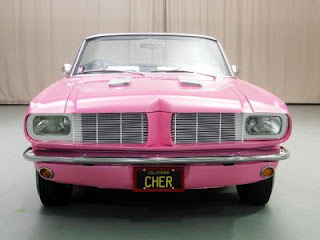 Both cars were fitted with opulent three-inch long Mouton fur carpeting, Sonny’s in gold and Cher’s in hot pink.

Video: Of inside the groovy cars.

Both cars were used in Sonny and Cher’s only feature-length movie, Good Times(1967). 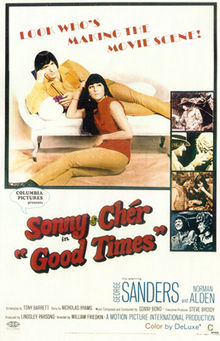 Good Times is a 1967 musical comedy film starring Sonny and Cher. Sonny and Cher appear as themselves in this spoof of various movie genres: mysteries, westerns and spy thrillers.

The plot revolves around a movie contract offered to Sonny by executive Mr. Mordicus, played by George Sanders. Sanders also plays the antagonist in each of Sonny's ideas for the proposed movie, which are played out in a number of skits featuring music and dancing. 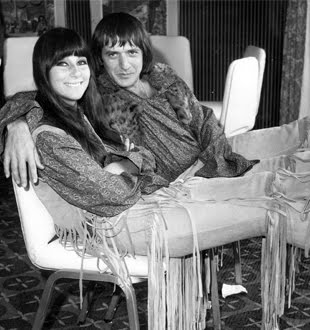