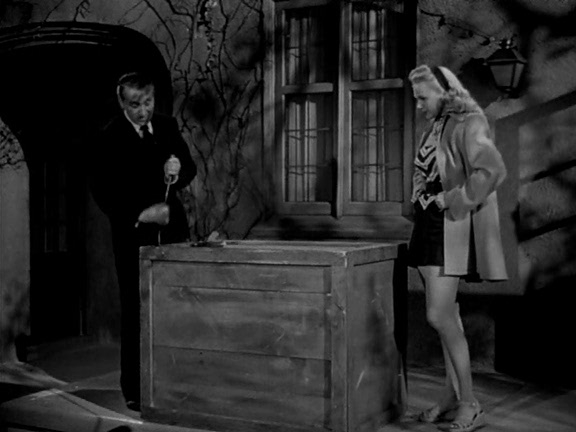 Movie star Mona Harrison, receives a package from Palisades Pictures Studio. Expecting to find a dress in the large box, Mona is shocked to discover the murdered body of costume designer, Hector Rose.

Instead of calling the police, Mona calls her friend Joe Medford, a reporter. Joe arrives in time to watch Mona getting rid of the bolts of cloth in which Hector was wrapped and calls the police.

Police Lieutenant, Mark Wilson begins an investigation into the murder by calling the coroner, taking fingerprint samples and looking for the delivery man.

When Rosemary Durant, a columnist for the Daily Register, asks to team up with Joe on the murder story, Joe tells her that he does not need her help. Rosemary, who believes that Joe is really in love with her, follows him around town hoping to learn more about the murder case.

Later, Joe learns that before Hector was murdered and that he fell into a pile of cloth when Mona hit him during a fight. While looking for clues at Hector's house, Joe is assaulted by Maxwell Kenyon, Hector's business manager and a another fight breaks out. After knocking Kenyon unconscious, Joe searches through his pockets and finds a check from Mona.

Later, at the studio, Joe sees a man fleeing and after locking Rosemary in a closet, chases after him. Rosemary manages to free herself from the closet and when Joe looses the man, he catches up with Rosemary. Joe proposes marriage to Rosemary, but still insist that she not work on the story.

Joe suspects the shady Rudy Frasso, who he believes is Mona's ex-husband, to be mixed up in a jewelry scheme and the at murders at the studio.

At Mona's home, while Rosemary questions Mona about her love life, Joe finds some jewels in a bolt of cloth and hides them. When Joe later finds Frasso waiting for him in his apartment, they get into a fight and Frasso escapes.

Rosemary, angry that Joe has kept her from working on the story, tells Wilson about the jewels. When Joe and Rosemary arrive at Mona's, they learn who is behind the jewel smuggling operation and who killed Hector. 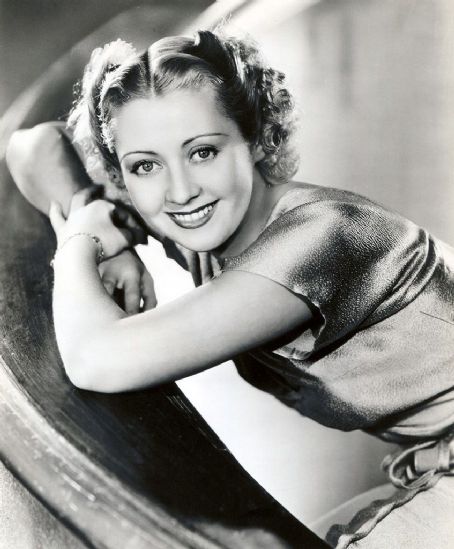 I really enjoyed watching this "B" film with an above average cast: George Brent, Joan Blondell, and Adele Jergens. We learn about the twist of the story toward the end of the film.  A must see for Blondell's fans. 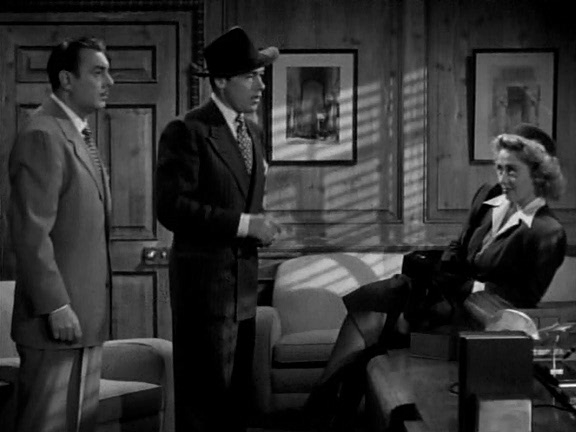 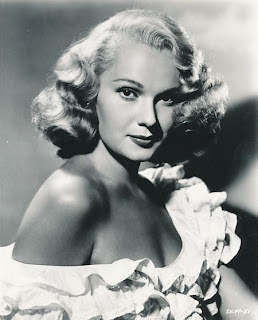 In the early 1940's, she worked as a Rockette, and was named the Number One Showgirl in New York City.

After a few years of working as a model and chorus girl, including being an understudy to Gypsy Rose Lee, Jergens landed a movie contract with Columbia Pictures in 1944.

At the beginning of her career she was cast as blonde floozies and burlesque dancers in the films:  Down to Earth starring Rita Hayworth (1947) and The Dark Past starring William Holden (1948).

She once played Marilyn Monroe's mother in, Ladies of the Chorus (1948), even though Jergens was only 9 years older than Monroe.

In 1949, while filming Treasure of Monte Cristo, a film noir set in San Francisco, she met and married co-star Glenn Langan.

Her chorus girl past came in handy when she played an exotic dancer in, Armored Car Robbery (1950), in which she shared the leading role with Charles McGraw.

She also performed in Abbott and Costello, Meet the Invisible Man (1951).

Jergens and Glenn Langan remained married until his death in 1991. Their only child, actor Tracy Langan, predeceased his mother. 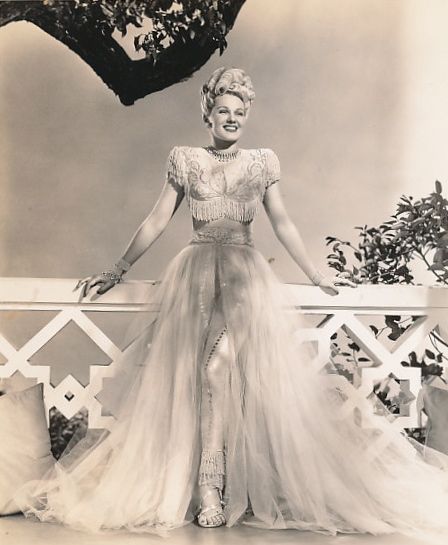