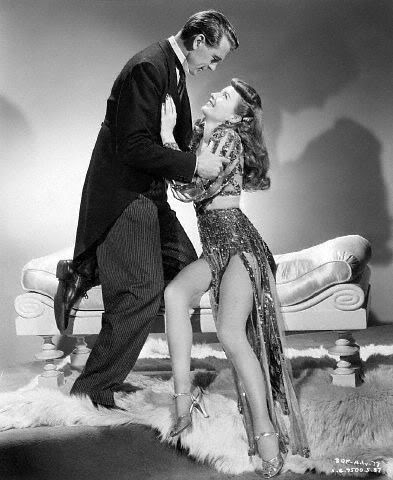 At the Daniel S. Totten Foundation in New York, Bertram Potts, an overly dedicated linguistics professor, is writing the new encyclopedia, on which he and his eight colleagues have been working on for nine years.

When their financial backer, Miss Totten, stops by to check on their progress, not happy with what she finds threatens to withdraw her support, Bertram flirts with her. Charmed, Miss Totten changes her mind, agreeing to continue to back the encyclopedia project.

Soon after, a garbage man knocks on the foundation's door and asks the professors for help on a radio quiz show questions. Intrigued by the garbage man's slang, Bertram believes that his section on slang is outdated and requires further research. Bertram then walks the streets, where he eavesdrops on many conversations and invites several people to participate on his project.

When he invites nightclub performer Sugarpuss O'Shea to attend, Sugarpuss thinking him with the police refuses. Unknown to Bertram, Sugarpuss is wanted by the district attorney in connection with a murder that her gangster boyfriend, Joe Lilac, is suspected of committing. She and a couple of thugs, Asthma Anderson and Duke Pastrami, flee the club one step ahead of the police. Sugarpuss decides to take Bertram up on his invitation and shows up at the foundation's door step later that night.

Glad that Sugarpuss has changed her mind, Bertram, does not think it is proper that she stay the night, but.. his colleagues insist that she stay.

Meanwhile, at the district attorney's office, Joe is asked about a monogrammed bathrobe found in the murdered man's suitcase. Which the district attorney suspects belonged to Joe and was given to him by Sugarpuss. Concerned that Sugarpuss might agree to testify against Joe, his lawyer advises him to marry her.

Three days later, Sugarpuss, who has been helping Bertram with his slang expressions as well as teaching the other professors the conga, is visited by Asthma and Pastrami. The thugs present her with a beautiful diamond engagement ring from Joe and Sugarpuss, gladly accepts the ring and agrees to stay at the foundation until it is safe.

Just then, Miss Bragg, the professors' housekeeper, demands that Sugarpuss leave, as she has become too much of a distraction. Bertram, agrees and asks Sugarpuss to leave, admitting that she has distracted him from his work. Sugarpuss, quick on her feet says that she is.. "just plain wacky" for him and kisses him. Bertram, decides to propose to her and the next morning, he gives her a small diamond engagement ring.

Soon after, Joe telephones from New Jersey. As Joe has identified himself as "Daddy," Bertram assumes he is Sugarpuss' father and asks him for permission to marry her. Joe, agrees thinking it is the best way to get Sugarpuss past the police's dragnet, then insist that the wedding be performed in New Jersey.

Just as the wedding party is about to leave, Miss Bragg, having seen Sugarpuss' photo in the newspaper, threatens to call the police. Sugarpuss, slugs Miss Bragg and locks her in a closet, Bertram and the other professors leave for New Jersey.

On the way, Professor Gurkakoff, who is driving the car has an accident disabling the car. The wedding party is forced to spend the night at an auto court. Sugarpuss calls Joe with the news, he insists on picking her up that night.

While she waits in her bungalow, Professor Oddly, a widowed botanist, tells Bertram about his honeymoon, then retires for the night. Confused by Oddly's conversation with Sugarpuss , Bertram goes looking for him, but accidentally ends up in Sugarpuss' bungalow. Believing that he is speaking to Oddly, Bertram describes his love for Sugarpuss, she kisses him.

Joe and his gang arrive and expose Sugarpuss' for what she truly is. Finding lipstick on Bertram's face, Joe then attacks the professor. After lying to Miss Bragg, who escaped from the closet and the police saying that she has already left, Bertram confronts Sugarpuss. She tearfully apologizes, but Bertram returns to New York, heartbroken. Will Bertram ever forgive Sugarpuss and think her worthy of him? 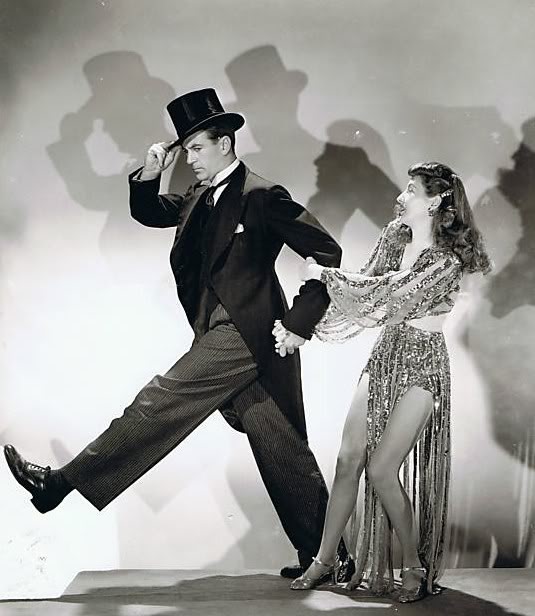 Kathleen Howard was left with a fractured jaw when the punch that Barbara Stanwyck threw accidentally made contact. Stanwyck was reportedly mortified by the incident.

The roles of the seven professors (besides Gary Cooper) were inspired by Disney's Seven Dwarfs. There is even a photograph showing the actors sitting in front of a Disney poster, each one in front of his corresponding dwarf: S.Z. Sakall - Dopey; Leonid Kinskey - Sneezy; Richard Haydn - Bashful; Henry Travers - Sleepy; Aubrey Mather - Happy; Tully Marshall - Grumpy, and Oskar Homolka - Doc.

In the scene where Pastrami and Asthma have the professors hostage in the library, the gunmen begin shooting at random items. One gunman (Pastrami) says, "I saw me a picture last week," and proceeds to lick his thumb and then rubs it on the sight of his gun. This is a reference to star Gary Cooper's previous movie Sergeant York in which York uses this as a technique to improve his marksmanship.

Ginger Rogers was the original choice for Katherine 'Sugarpuss' O'Shea, but Rogers declined.

Lucille Ball was set to play Katherine 'Sugarpuss' O'Shea, but once producer Samuel Goldwyn found out that Barbara Stanwyck was available he gave her the part instead.

When Gary Cooper is taking notes of the news boy's slang, the marquee on the theater across the street advertises Snow White and the Seven Dwarfs, an inside joke that refers to the script's inspiration.

To pick up authentic slang for the film script, screenwriters Billy Wilder and Charles Brackett visited the drugstore across the street from Hollywood High School, a burlesque house and the Hollywood Park racetrack.

Hal McIntyre can be seen in the saxophone section during the number "Drumboogie". Also, Roy Eldridge has a brief trumpet solo.

Even though they play two of the "old men" lexicographers, Leonid Kinskey (Prof. Quintana) and Richard Haydn (Prof. Oddly) were both under 40 years old when they made this movie.

Lighthearted romantic comedy that belongs to Barbara Stanwyck, who is perfect for the part of Sugarpuss O'Shea. A Nice for a change to see Gary Cooper play a person who is awkward,intelligent and romantic. Please click here to view past Ball of Fire review with videos. 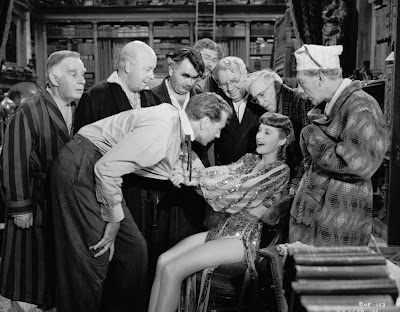 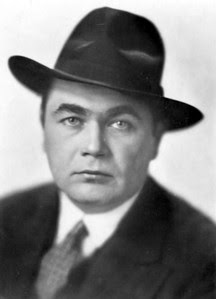 Oskar Homolka (August 12, 1898 – January 27, 1978). After serving in the Austro-Hungarian Army during World War I, Homolka attended the Imperial Academy of Music and the Performing Arts in Vienna and began his career on the Austrian stage.

Success there led to work in the much more prestigious German theatrical community in Munich where in 1924 he played Mortimer in the premiere of Brecht's play, The Life of Edward II of England at the Munich Kammerspiele and since 1925 in Berlin where he worked under Max Reinhardt.

Homolka's made at least thirty silent films in Germany and starred in the first talking picture ever made there.

After the Nazi rise to power, Homolka moved to Britain, where he starred in the films Rhodes, Empire Builder, with Walter Huston, 1936 and Everything Is Thunder, with Constance Bennett.

In 1936, he appeared opposite Sylvia Sidney in Alfred Hitchcock's thriller Sabotage. Although he often played villains such as Communist spies and Soviet-bloc military officers or scientists, he was nominated for an Academy Award for Best Supporting Actor for his portrayal of the crusty, beloved uncle in I Remember Mama (1948).

He also acted with Ingrid Bergman in Rage in Heaven, with Marilyn Monroe in The Seven Year Itch, with Ronald Reagan in Prisoner of War, and with Katharine Hepburn in The Madwoman of Chaillot.

He returned to England in the mid-1960's, to play the Soviet KGB Colonel Stok in Funeral in Berlin (1966) and Billion Dollar Brain (1967), opposite Michael Caine.

His last film was the Blake Edwards romantic drama The Tamarind Seed(1974).

In 1967 Homolka was awarded the Filmband in Gold of the Deutscher Filmpreis for outstanding contributions to German cinema.

His career in television included appearances in several episodes of Alfred Hitchcock Presents in 1957 and 1960.

Homolka married four times: His first wife was Grete Mosheim, a Hungarian Jewish actress. They married in Berlin on June 28, 1928, but divorced in 1937. She later married Howard Gould. His second wife, Baroness Vally Hatvany (died 1938), was also a Hungarian actress. They married in December 1937, but she died four months later. In 1939, Homolka married socialite and photographer Florence Meyer (1911–1962), a daughter of The Washington Post owner, Eugene Meyer. They had two sons, Vincent and Laurence, but eventually divorced. His last wife was actress Joan Tetzel whom he married in 1949. The marriage lasted until Tetzel's death in 1977.

Oskar Homolka made his home in England after 1966. He died of pneumonia in Sussex, England, on January 27, 1978, just three months after the death of his fourth wife, actress Joan Tetzel. He was 79 years old. 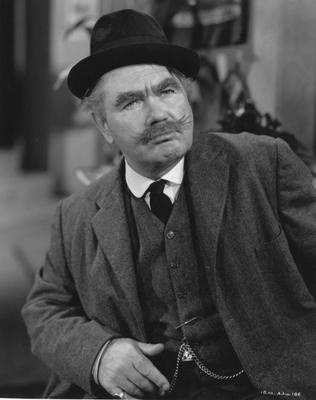