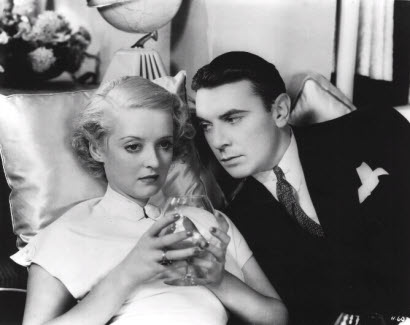 Nan Reynolds, tries to run a household on her lazy, self centered husband Bill's small salary as an office manager. She wants him to find a better paying job, but he does not seem to want to better himself.

Pat Berkeley, who attended high school with Nan and used to be in love with Bill, is now working in advertising, has lunch with Nan and begins talking about her career:

Pat Berkeley says: Well, I've done alright. I suddenly found out I had some brains and decided to use them.

She now works for Bill's firm as an advertising copywriter and her success makes want Nan to talk her husband into asserting himself.

When he is turned away with his ideas, Bill is angry enough to start his own agency using the money Nan has managed to save over the years.

He begins to do well, not only from hard work, but with the help of Nan, he steals a major client from his former firm and hires Pat to come work for him.

Things take a turn for the worse when the feelings the two had for each other years before in high school are reignited and they begin an affair.

After landing the important account Duprey Cosmetics, they decide to advertise it on the radio show "The Duprey Hour", put together by Bill's office manager. Bill has been too busy with Pat that he has no idea that the campaign is in bad taste and topped off with a song "...if the circles under your eyes look like apple pies...".

Nan becomes aware of their relationship, but.. does not want to break up her family. Bill announces he wants a divorce, Nan refuses to grant him one, he angrily leaves the house and accidentally hits their son Buddy with the car, seriously injuring him. Will the family ever recover?

This is a good example of an early Bette Davis film. 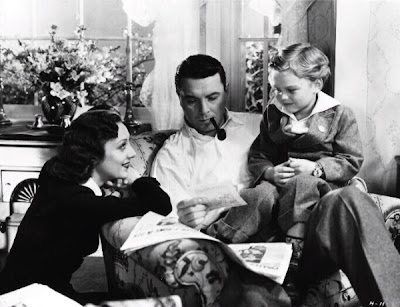 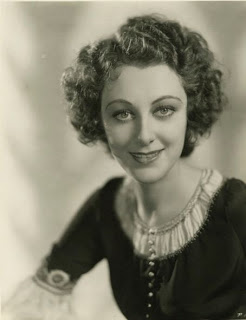 The only child of two vaudevillians, she was raised in the business that would later make her a star. Her father, Samuel Edwin McKim worked as a director at Lubin Studios, and her mother, actress Anna Lehr, found success as the star of many silent features.

The couple split when their daughter was four years old, and she moved with her mother to Hollywood. Ann would not see her father again until a national appeal to the press reunited the two in 1934.

As a child, she appeared in several films. She began working for MGM in the late 1920s as a dance instructor and gradually began to appear on film as a chorus girl.

Her friend Joan Crawford introduced her to Howard Hughes, who groomed her as a dramatic actress. She was a success in such pre-Code films as Scarface (1932), as Paul Muni's character's sister; as the doomed unstable Vivian in Three on a Match (1932), with Joan Blondell and Bette Davis; in Love Is a Racket (1932); and opposite Spencer Tracy in Sky Devils (1932).

Known for her style and elegance, she was a popular leading lady for Warner Brothers during the 1930's, and performed in romances and melodramas.

A dispute over her pay (she discovered she was making the same amount of money as the little boy who played her son in Three on a Match) led to her finishing out her contract on permanent suspension, and then working as a freelancer, but although she worked regularly, the quality of her scripts declined sharply.

She performed as secretary Della Street to Donald Woods' Perry Mason in The Case of the Stuttering Bishop (1937).

She also acted on Broadway. With her then-husband, British actor Leslie Fenton, Dvorak travelled to England where she supported the war effort by working as an ambulance driver, and appeared in several British films.

She gives a unforgettable performance as a saloon singer in, Abilene Town(1946).

She retired from the screen in 1951, when she married her third and last husband, Nicholas Wade, to whom she remained married until his death in 1975. It was her longest and most successful marriage. She had no children. 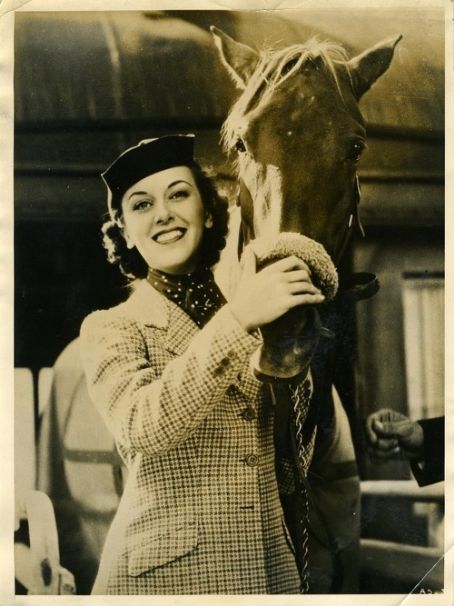