(Updated With Video's). Star Of The Month: Greer Garson. 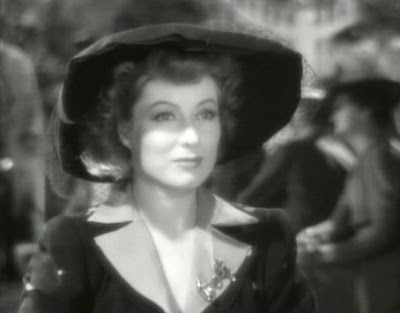 This is a very emotional film that showcases Britain's defiance against Nazi Germany. An extremely well acted movie, it is easy to see why the film earned 6 Oscars, including Best Picture and Best Director.

The film opens with Mrs Miniver and her family, living a comfortable life of shopping and going to lunch and living in a beautiful home in a village outside London. Her husband Clem is a successful architect.

They have three children: Toby and Judy, and Vin, who attends the university. Also, living with them are Gladys the housemaid and Ada the cook. Vin comes home from university and meets Carol Beldon, the granddaughter of Lady Beldon. Despite their first meting that did not go so well, they fall in love.

They eventually marry, but as the war comes closer to home, Vin enlists in the Royal Air Force as a fighter pilot.

One morning, Kay hears a plane crash. The wounded, German pilot hides in her garden and then holds her at gunpoint. She feeds him and then calls the police.

After the village's flower shows competition, in which stationmaster Mr Ballard, who's rose is named after 'Mrs. Miniver, wins. Kay and Carol drive Vin, to his squadron. On their way home, Carol is wounded in an attack and dies after they reach home.

When Vin returns home, he is told the terrible news. Vin stands with the congregation sing "Onward, Christian Soldiers", while through a huge hole in the roof in the sky can be seen the RAF fighters in the V-for-Victory formation heading out to fight.

Greer Garson married Richard Ney who played her son in the movie!

After completing the film, William Wyler joined the US Army and was posted to the Signal Corps; he was overseas on the night he won his first Oscar. He later revealed that his subsequent war experiences made him realize that the film actually portrayed war in too soft a light.

The first of two Academy Award Best Picture winners to receive nominations in all four acting categories. The other is From Here to Eternity. 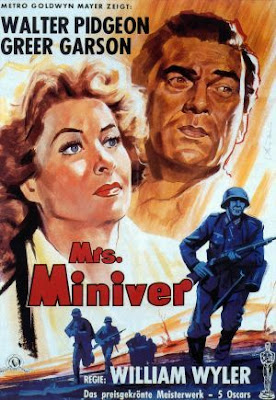 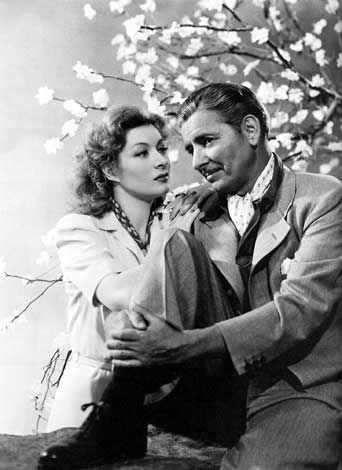 Random Harvest (1942), based on the 1941 James Hilton novel of the same name, directed by Mervyn LeRoy. Claudine West, George Froeschel and Arthur Wimperis adapted the novel for the screen, and received an Academy Award nomination for their work. Cast: Ronald Colman and Greer Garson.

Its seven Academy Award nominations for Ronald Colman, supporting actress Susan Peters, director Mervyn LeRoy, and the Best Picture. Greer Garson, whose performance, was ineligible for the Academy Award for Best Actress, as she had already been nominated that year for her role in Mrs. Miniver.

I read this was Greer Garson's favorite movie and she was believable in her duel roles of Paula/Margaret. Ronald Colman, also makes us believe he is Smithy, as he transformed himself from one to the other without blinking a lash.

The film begins with a shell shocked, British Officer.. John Smith, who is sent to an asylum because he's lost all memory. After the First World War ends, the whole town of Melbridge, join in a celebration and with no one to stop him, Smith wanders off.

In town, singer Paula. guesses he is from the asylum, but she likes him and arranges for him to join her traveling theatrical group. After an incident, Paula thinks it best to take Smith, away to a secluded country village, where they marry and live a quiet life. Paula, stays home with their newborn baby while Smithy goes to Liverpool looking for a job with a newspaper.

There, he is struck by a taxi. When he regains consciousness, his past memory is restored, but his life with Paula is now forgotten. He is Charles Rainier, the son of a wealthy businessman.

Charles returns home on the day of his father's funeral, to the family is shocked, as he had been given up for dead. The family business is in trouble and Charles, wants to save the jobs of their employees and to restore the family fortune.

Over the years, Paula has been searching for her husband. After, their baby son died, she returns to work as a secretary to support her self. After, seeing Charles' picture in a newspaper, she become his executive assistant, changing her name to Margaret, hoping that he will remember her. Dr. Jonathan Benet, warns her that revealing her identity could cause problems.

A hymn that Kitty is considering for their wedding triggers a memory in Charles. Kitty, realizes that he still loves someone else and heartbroken, breaks off the engagement.

When Margaret hears Charles is trying to piece together his lost years, she rushes to him. They recover his suitcase from a hotel, but he recognizes nothing.

After his election, they marry and fall into a comfortable routine. They sometimes discuss his lost past, and she tells him of her own lost love, without letting him know that it is him. Thinking about the past, Margaret decides to take an extended vacation abroad by herself. Before she sets sail, she revisits the little place where she and Smithy once lived.

Charles, goes to stop a strike at the Melbridge Cable Works and while walking through the town, the familiar surroundings and the celebrating workers begin to trigger his lost memories... 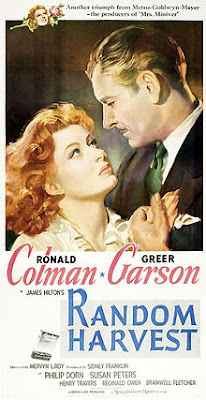 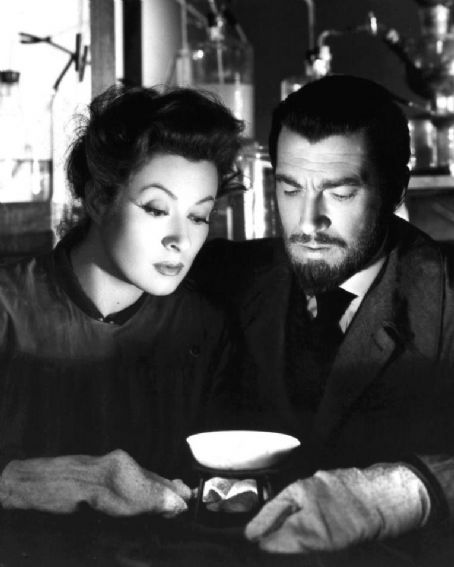 The film tells the story of Polish-French physicist Marie Curie. Garson and Pidgeon, also starred together in the film, Mrs. Miniver. Marie Sklodowska, is a student living in Paris and studying at the Sorbonne.

One day during class she faints, her tutor, Prof. Perot, learns that she has no friends or family in Paris, invites her to a soiree. Among the guests is physicist Pierre Curie, who is very devoted to his work. He invites Marie to share his lab and finds that she is a gifted scientist.

He takes her to visit his family in their country home. Marie and Pierre both soon realize that they are in love. Wanting to learn more about how a pitchblende rock generates enough energy to take small photographs, Marie decides to make the rock's energy the subject of her doctoral study.

Things don't turn out like she wanted so she he decides there must be a third radioactive element in the rock. While discussing this, she tells Pierre's family that she's pregnant. The physics department refuses to fund their research, but allows them to use a old shed.

In spite of all the problems they know something is definitely there. They find a method to make pure radium. Now world-famous, they celebrate after winning the Nobel Prize. They're granted a new laboratory by the university and before its dedication, Marie shows her new dress, to Pierre who wants to surprise her with earrings to match.

While walking home in the rain, he does not see a delivery wagon and is killed. Marie remembers Pierre's words that if one of them is gone, the other must go on working.

I think you will enjoy this film seeing a woman use her intelligence and not be stopped by what others think of her. 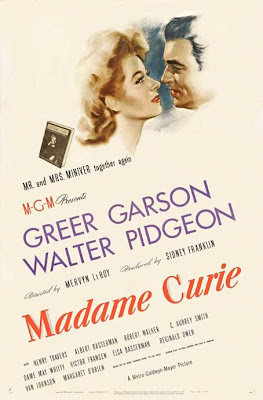 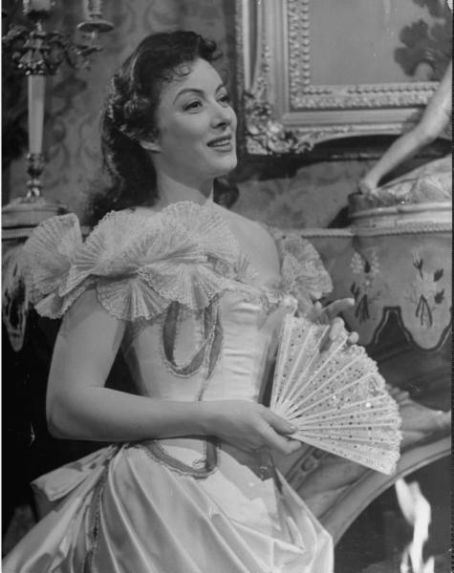 This is a story about a woman's life, told in flashbacks, from hotel maid to society matron. The movie was adapted by Polly James and Robert Thoeren from the novel by Louis Bromfield. It was directed by Tay Garnett. Cast: Greer Garson and Walter Pidgeon.

Susie thinks back to a time when she was working as a chambermaid. It was there that she met the wealthy Major Augustus Parkington and after her mother's death they marry.

Shortly after the marriage Susie is introduced to Baroness Aspasia Conti, a French aristocrat and close friend of Augustus, who helps Susie pick out her clothes and their new home. Susie, soon announces that she is pregnant.

Augustus holds a ball to celebrate, but when most of his guest refuse to attend because of Augustus feud with a wealthy businessman. When Susie runs after her husband she stumbles and miscarries their baby. Augustus, blames everyone but himself for Susie's miscarriage and vows to get revenge.

When Augustus, asks his wife to return home, Susie tells him that she has been financially supporting the Livingstone's business and his vendetta with their neighbors has got to stop.

Their troubles continues when the Parkingtons' son Herbert dies. Susie becomes a recluse for a year and Augustus moves to their country home in England.

When Aspasia, shares that she will be moving back to Paris because she is dying. She also tells Susie that she has always been in love with Augustus, which is no surprise to Susie. Susie realizes her problems with her family will never be solved so she decides to return to her childhood home.

By the end of this film, I really did not care what happened to the members of the Parkington family. But.. It just maybe me. 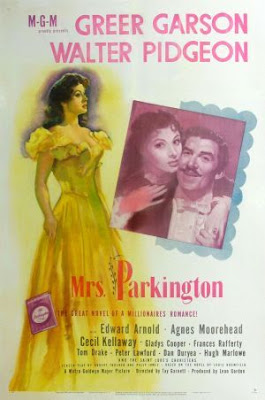 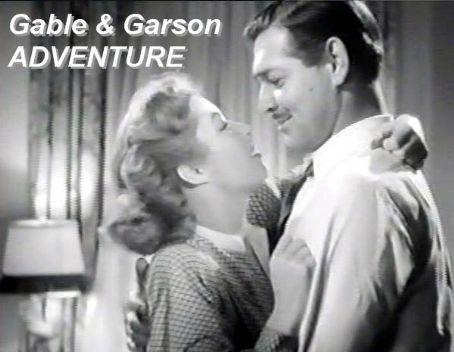 Adventure (1945). A film is based on the novel, The Anointed by Clyde Brion Davis. Cast: Clark Gable and Greer Garson star as a sailor and a librarian. It was directed by Victor Fleming, one of Gable's favorite directors.

This film was Clark Gable's first after he returned to Hollywood following his service in the Army Air Corps in World War II. He had joined in August 1942, following the death of his wife Carole Lombard. MGM hyped this film as Gable's big comeback, using the line, "Gable's Back and Garson's Got Him!"

The film was a disaster upon release, ending Clark Gable's reign as "The King of Hollywood". He was so disappointed by the finished film that he did not agree to act again until more than a year had passed. 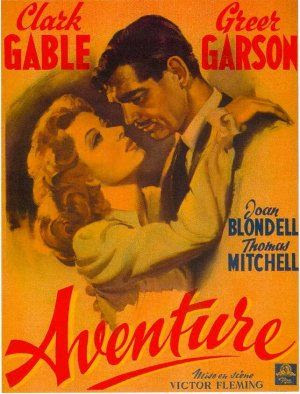 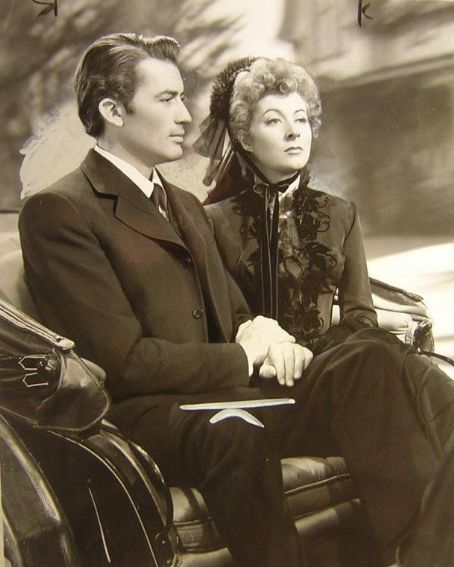 The Valley of Decision (1945), is a film set in Pittsburgh, Pennsylvania, USA in the late 19th century. It tells the story of a young Irish house maid who falls in love with the son of her employer, a local steel mill owner.

The romance between Paul and Mary is endangered when Mary's family and friends, all steel mill workers, go on strike against Paul's father.

The film was nominated for two Academy Awards for Best Actress in a Leading Role (Greer Garson) and Best Music, Scoring of a Dramatic or Comedy Picture. 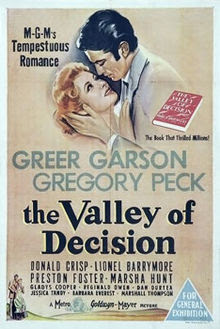 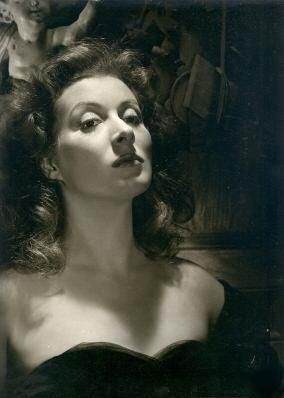