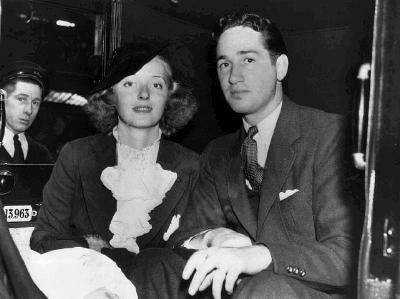 Bette Davis's personal life was as dramatic as her acting. She was married four times:

Harmon Oscar Nelson, August 18, 1932 (divorced). Two-time Oscar winner, Bette Davis believed that she created the term Oscar to describe the golden trophy. “I am convinced that I was the first to give the statuette its name when I received one for my performance in Dangerous(1935).”

She went on to say..“I was married at that time to bandleader Harmon O. Nelson, Jr. For a long time I did not know what his middle name was. I found out one day that it was Oscar, and it seemed a very suitable nickname for the Academy statuette.”

Davis, knowing there were other petitioners to the name, hinted that she would be willing to resort to fisticuffs to support her theory.. “Of course, that’s all so very long ago – who knows? But I’d suggest that if the other claimants become very insistent we settle the whole thing with a duel.” 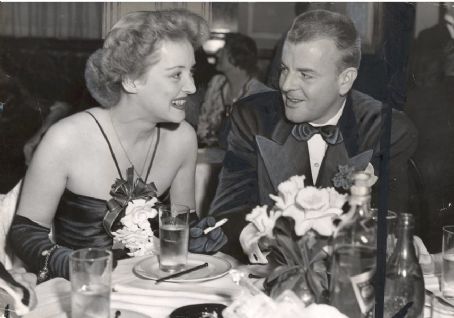 Arthur Farnsworth, December, 1940 (died, August, 1943). A Hollywood police report stated that Farnsworth, 35, a former commercial airline pilot, was found unconscious along the 6200 block of the boulevard.

Davis told authorities that her husband had "fallen down the stairs two months earlier at their New Hampshire home while running to answer the phone," the newspaper said. "An autopsy disclosed that Farnsworth had a blood clot on the right side of his skull, which apparently caused a pressure that made him dizzy and precipitated" the fatal fall, The Times reported. "It is believed the injury was suffered in the stair fall."

Farnsworth and Davis, who were friends in high school, eloped in December 1940. 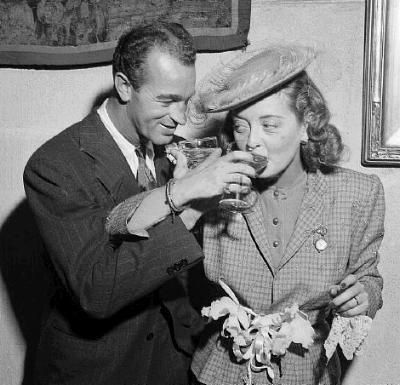 William Grant Sherry, November 30, 1945 (divorced in 1950). Studied at the Academie Julian in Paris and at Heatherley's School of Art in London. The couple had one child, a daughter, Barbara Davis. 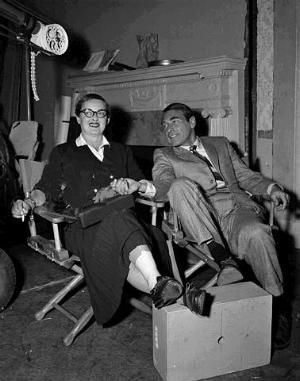 Gary Merrill, After Merrill's first marriage, to Barbara Leeds, ended in divorce in 1950. He immediately married Bette Davis, his co-star from All About Eve, and adopted her daughter Barbara from a previous marriage.

He and Davis adopted two more children, but divorced in 1960.

Shortly before his death, he authored the autobiography Bette, Rita and the Rest of My Life (1989). Merrill survived his second wife, Bette Davis, by only five months, dying of lung cancer in Falmouth, Maine on March 5, 1990. He is buried there in the Pine Grove Cemetery.

Michael Merrill, Bette's son, and Kathryn Sermak, Bette's personal assistant and friend, are now the executors of her estate. In her memory, they have created The Bette Davis Foundation, which provides financial assistance to promising young actors and actresses. Meryl Streep received the first Bette Davis Lifetime Achievement Award at Boston University in 1998.