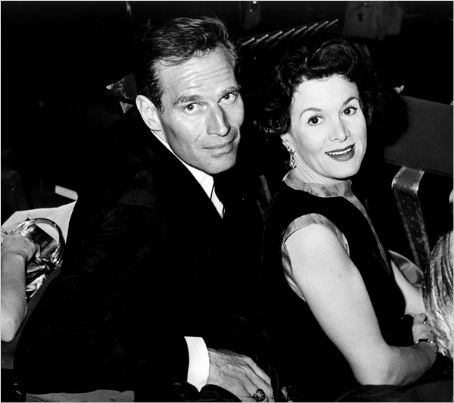 Married for sixty-five years, Lydia Clarke was first and only love. Charlton Heston and Lydia met at Northwestern University where they were both students taking a theater course. Charlton Heston, a 19-year-old college student who enlisted in the Air Corps, asked Lydia Clarke to marry him before he was sent overseas. Charlton and Lydia were married on March 17, 1944 at Grace Methodist Church in Greensboro, North Carolina.

Lydia and Charlton have two children and three grandchildren: Fraser Clarke Heston: Born 2/12/1955 in Los Angeles, California. Fraser has worked in the motion picture and television industry as a director, producer, and writer. Fraser was the infant Moses in the 1956 production of The Ten Commandments.

Lydia and Charlton have lived in their Coldwater Canyon home in the Santa Monica mountains near Beverly Hills, California for most of their married life together.

Video: Charlton Heston and Other Stars at the Academy Awards. 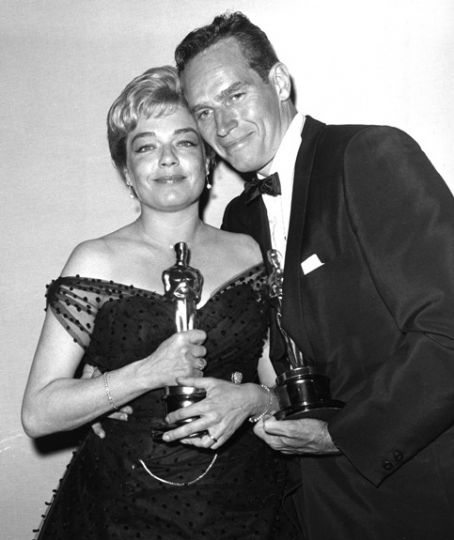