Have you ever wondered if a stuntman ever won an Oscar? 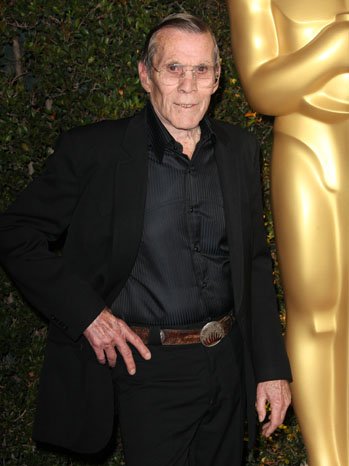 Have you ever wondered if a stuntman ever won an Oscar? Well.. Hollywood stuntman Hal Needham, who has cracked ribs, punctured his lung and broken his back while making more than 300 movies. Has won an Oscar.

Hal Brett Needham (born March 6, 1931), stuntman and film director, was a paratrooper during the Korean War, worked as a tree-topper and was a billboard model for Viceroy Cigarettes.

Needham's, first stunt double role was for actor Richard Boone, on the TV western.. Have Gun, Will Travel. Needham, trained under John Wayne's stunt double Chuck Roberson and quickly became one of the top stuntmen of the 1960's in films: How the West Was Won, McLintock!, The War Lord, and Little Big Man. He also doubled for Clint Walker and Burt Reynolds.

Needham, moved into stunt coordinating and directing second unit action, while designing and introducing the air bag to the industry.

In 1971, he and fellow stuntmen Glenn Wilder and Ronnie Rondell formed Stunts Unlimited. Needham had written a screenplay titled, Smokey and the Bandit and his friend Reynolds offered him the chance to direct. They followed with the films: Hooper, The Cannonball Run, and Megaforce. Needham, also directed the 80's BMX cult classic film, Rad.

Eventually, Needham moved out of stunt work, focusing his energy on the World Land Speed Record project that became the Budweiser Rocket, driven by stuntman, Stan Barrett. The team failed to set an official World land speed record with the vehicle and their claims to have broken the sound barrier in 1979 have been heavily disputed.

In the 1980's he was the owner for the Harry Gant Skoal Bandit #33 car driven in the Winston Cup Series.

He was one of four men honored during the Dec. 1 Governors Awards, also known as the Honorary Oscars.

Needham, is the second stuntman to receive an Academy Award. Yakima Canutt, who received an Honorary Award in 1966, was the first. 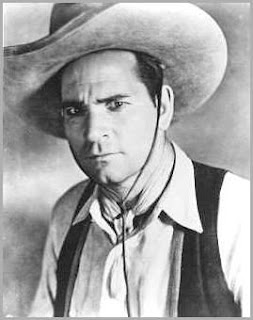 Yakima Canutt (November 29, 1895 – May 24, 1986), also known as Yak Canutt, was a rodeo rider, actor, stuntman and action director. He learned his rodeo stunts on his families ranch.

He traveled to Los Angeles for a rodeo, where he met Tom Mix. Who, invited him to be in two of his pictures.

Canutt, got his first chance in films, with a fight scene on a serial called, Lightning Bryce.

While in Hollywood in 1923 for an awards ceremony, he was offered work in eight westerns at Burwillow Studios.

Canutt had been perfecting tricks such as the Crupper Mount, a leap-frog over the horse's rump into the saddle. Douglas Fairbanks used this stunt for his film, The Gaucho.

It was in, Branded a Bandit (1924) that his nose was broken in a 12-foot fall from a cliff. The picture was delayed several weeks and when they went back to filming, Canutt's close shots were from the side to hide his injuries.

In 1928, when the talkies were being made, even though he performed in 48 silent pictures, Canutt knew his career was in trouble. His voice had been damaged from flu, while in the Navy.

When rodeo riders landed in Hollywood, they brought with them their rodeo tricks that Canutt would improve, including horse falls and wagon wrecks, along with the harnesses and cable rigs to make the stunts foolproof and safe.

It was while working on Mascot serials, that Canutt practiced and perfected his most famous stunts, including the drop from a stagecoach that he would use in John Ford's, Stagecoach(1939). 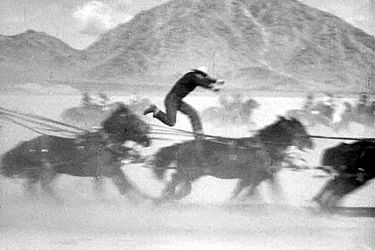 While at Mascot, Canutt met John Wayne while doubling for him in a motorcycle stunt for the film, The Shadow of the Eagle (1932). Canutt, liked the fact that Wayne wanted to perform his own stunts and taught Wayne how to fall off a horse. The two worked together to create a technique that made on-screen fight scenes look more realistic.

It was in 1932 that Canutt broke his shoulder in four places while trying to transfer from horse to wagon team.

In 1934, Canutt became Republic's top stuntman. He handled all the stunts for: Gene Autry films, The Lone Ranger and Zorro. For Zorro Rides Again, Canutt did almost all the scenes in which Zorro wore a mask, and he was on the screen as much as the star John Carroll.

Canutt, wanted to get into directing, because he knew his stunting days were coming to an end.

His sons Joe and Tap would also become famous stuntmen.

In 1938, Republic Pictures were beginning to expand and Canutt, was hired to coordinate the stunts for Ben-Hur.

John Ford hired Canutt, for Stagecoach, where Canutt supervised the river-crossing scene, Indian chase scene, the stagecoach drop and doubled for Wayne in the coach stunts. For safety during the stagecoach drop stunt, Canutt devised modified yokes and tongues, to give extra handholds and extra room between the teams.

In 1939, Canutt doubled Clark Gable, in the burning of Atlanta, in Gone With the Wind. He also appeared as a renegade attacking Scarlett O'Hara (Vivien Leigh) as she crosses a bridge in a carriage driving through a shantytown.

In 1940, Canutt received serious internal injuries when a horse fell on him while doubling for Clark Gable in, Boom Town (1940). Though in discomfort for months after an operation, he continued to work.

Republic's Sol Siegel offered him the chance to direct the action scenes of the film, Dark Command, starring Wayne. On Dark Command, Canutt built an elaborate cable system to yank back the plummeting coach before it fell on the stuntman and horses. He also created a breakaway harness from which they were released before hitting the water.

It was in 1943 while doing a Roy Rogers called, Idaho that Canutt broke both his legs at the ankles in a fall off a wagon. He recovered to write the stunts and supervise the action for another Wayne film, In Old Oklahoma.

Later, Canutt became one of the best second unit and action directors. MGM brought Canutt to England in 1952 to direct the jousting sequences in, Ivanhoe with Robert Taylor.

Ivanhoe, was followed by Knights of the Round Table, again with director Richard Thorpe and starring Robert Taylor. Canutt, was again brought in for the action scenes in, King Richard and the Crusaders.

Canutt, staged the chariot race with nine teams of four horses in Ben-Hur. He trained Charlton Heston, (Judah Ben-Hur) and Stephen Boyd, (Messala) to do their own charioteering.

Anthony Mann, requested Canutt for Second Unit for his 1961 El Cid, where Canutt directed sons Joe and Tap doubling for Charlton Heston and Christopher Rhodes in the tournament joust.

Mann again hired him for 1964's The Fall of the Roman Empire.

Over the next ten years, Canutt would continue to work on films, Cat Ballou, Khartoum, Where Eagles Dare and A Man Called Horse(1970).

In 1967, he was given an Honorary Academy Award for achievements as a stunt man and for developing safety devices to protect stunt men everywhere. He was inducted into the National Cowboy and Western Heritage Museum (Hall of Fame). 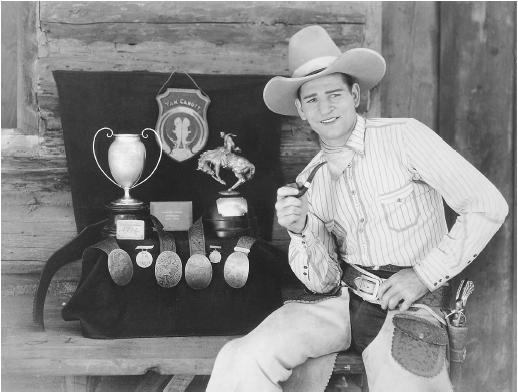