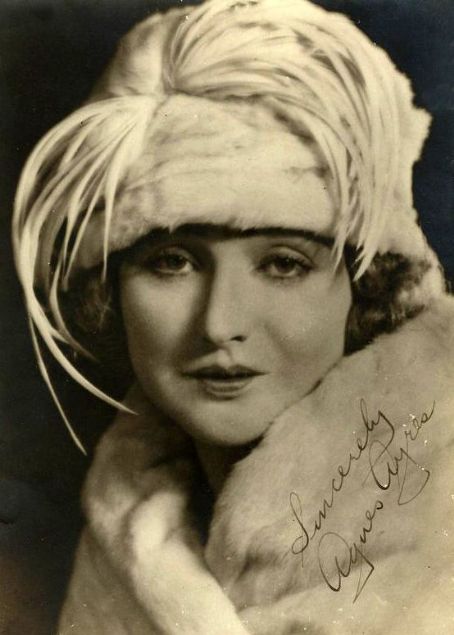 Agnes Ayres (April 4, 1898 – December 25, 1940), began her career in 1914 when she was cast as an extra in a crowd scene. After moving to New York City with her mother to follow her acting career, Ayres was spotted by actress Alice Joyce. Joyce noticed the physical resemblance the two shared which led to Ayres being cast in Richard the Brazen (1917), as Joyce's character's sister.


After Paramount Pictures founder Jesse Laksy, began to take an interest in her. Lasky gave her a starring role in the Civil War drama, Held by the Enemy (1920), after which she began performing in several of Cecil B. DeMille films.

It was during this time that Ayres married, and quickly divorced, Captain Frank P. Schuker, an army officer whom she had wed during World War I. She also began a romance with Lasky. 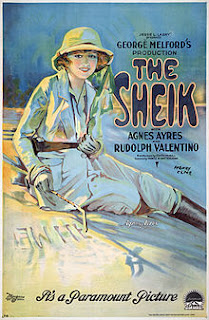 In 1921, Ayres shot to stardom when she was cast as Lady Diana Mayo, an English heiress opposite "Latin lover" Rudolph Valentino in, The Sheik. A silent romance film produced by Famous Players-Lasky, directed by George Melford. With Rudolph Valentino, Agnes Ayres, and Adolphe Menjou. It was based on the bestselling romance novel The Sheik by Edith Maude Hull. In the sequel, Son of the Sheik, Valentino played both the Sheik and his son, Ayres reprised her role. It was Valentino's final film. 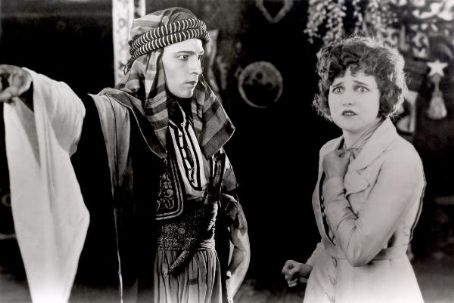 Please click here to watch the silent film: The Sheik. 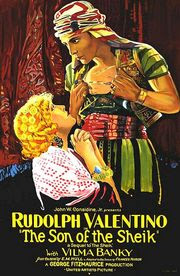 Following the release of The Son of the Sheik, she went on to have major roles in the films: 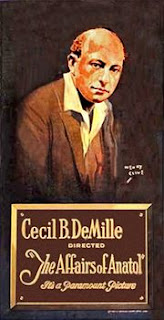 The Affairs of Anatol (1921) A silent drama directed by Cecil B. DeMille. Print survival is at the Library of Congress and as with most surviving DeMille silents the, George Eastman House.

Socialite Anatol Spencer, becomes bored with his wife and goes in search of excitement. After bumping into old flame Emilie, he rents an apartment for her... only, to find that she cheats on him. After he is robbed and conned, he decides to return to his wife and discovers she has taken up with his best friend Max. 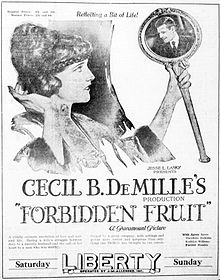 Forbidden Fruit (1921). Drama, directed by Cecil B. DeMille. It is a remake of the 1915 film The Golden Chance, which was also directed by DeMille. The film survives in prints at the George Eastman House and the Library of Congress. 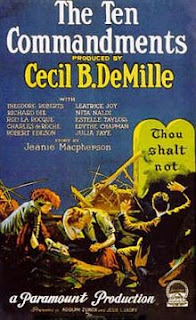 Cecil B. DeMille's epic, The Ten Commandments (1923). Cast: Theodore Roberts as Moses, Charles de Rochefort as Pharaoh Ramesses, Estelle Taylor as Miriam the sister of Moses, and James Neill as Aaron, the brother of Moses.

While the first half of the film tells the biblical story, the second half is set in modern times. The film is the first in DeMille's biblical trilogy followed by, The King of Kings (1927) and The Sign of the Cross (1932). The movie was released by Paramount Pictures and premiered at Grauman's Egyptian Theatre on December 4, 1923.

By 1923, Ayres' career began to fade following the end of her relationship with Jesse Lasky. She married Mexican diplomat S. Manuel Reachi in 1924. The couple had a daughter before divorcing in 1927.

In 1929, Ayres lost her fortune and real estate holdings in the Crash of ’29. That same year, she also appeared in her last major role in, The Donovan Affair. A comedic murder-mystery film directed by Frank Capra. After the lights go out at a fancy party, Jack Donovan turns up dead. Inspector Killian, is called to investigate.  He sets up an re-enactment of the events leading up to the murder. The lights go out, and another person turns up dead. Inspector Killian again calls for a re-enactment....

She left acting and played the vaudeville circuit for a short time. She later returned to acting in 1936, but landed only uncredited parts. She retired from acting for good in 1937. 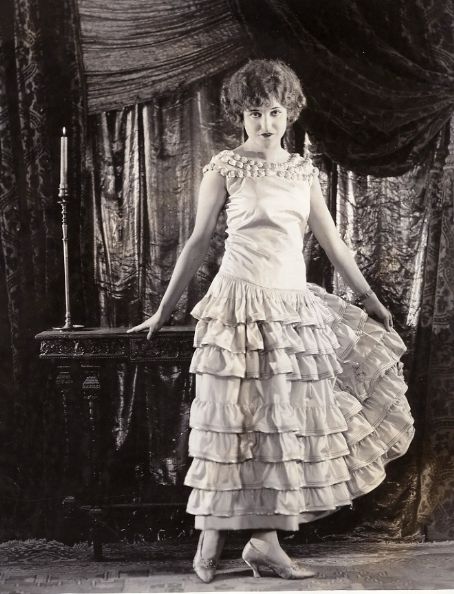 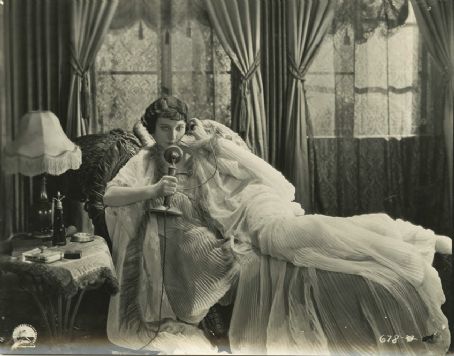 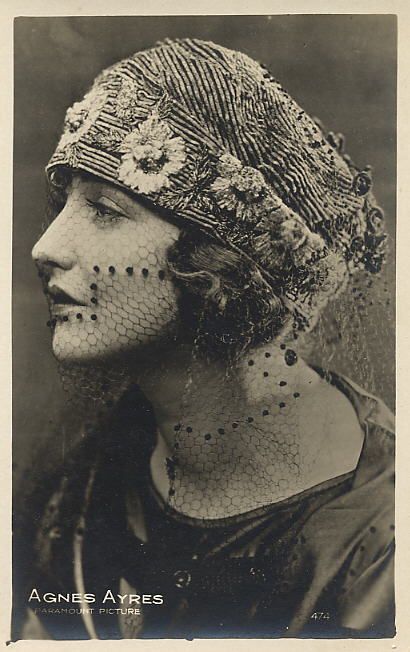