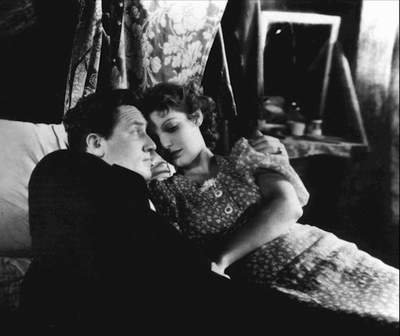 During this film, Loretta Young and Spencer Tracy, began an affair that lasted about a year. Young ended the relationship when she wasn't granted absolution because she was dating a married Catholic.

The surviving film, shown on TCM, is the edited 1938 (post-Production Code) re-release, with redesigned title credits.

The story begins with Trina, watching and secretly wishing for the popcorn Bill, is feeding to the most beautiful white pigeons, I have ever seen. He wants to help her, after he hears that she has not eaten anything for two days. He then decides to take her to dinner at a fancy restaurant.

After her meal, Bill calls for the manager, so he can inform him that he has no money, also.. to point out that the restaurant throws out food every day, thinking that he could allow her to eat for free just this once. After, Bill's scene the manager throws them both out.

After finding out that Trina, has no place to live, he takes her to his home, located in a riverside shantytown. Even though, he does not want to be tied down to one woman, he allows her to stay. He loves sleeping under the stars and has put a hole in the roof so that he can always watch the sky. 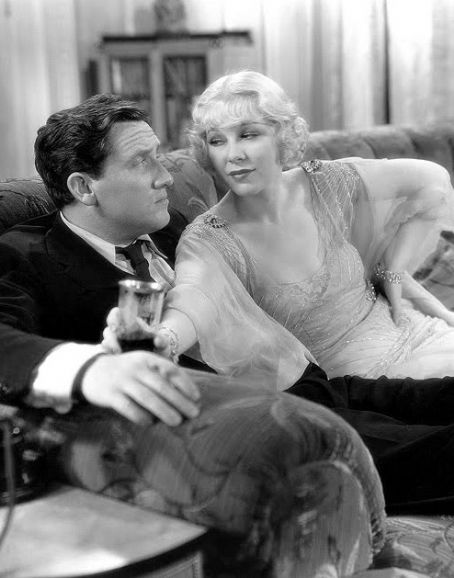 Trina sets up housekeeping and tries not to interfere with his life and even ignoring his fling with a singer named Fay(pictured above).

It is not long before, Trina tells Bill, that she is pregnant and for the first time in his life he cares more about some one other than himself. They ask their friend and neighbor, preacher Ira, to perform their marriage ceremony.

Bill, now needing money for Trina and her baby, reminds Bragg of his plans to rob a toy store payroll. When the robbery fails, Bragg, who has eyes for Trina, calls the police to arrest Bill, hoping she will turn to him.

Flossie, suggests that the couple run away together and then, shoots Bragg and then herself. Trina and Bill, now on the run head for the passing train .... 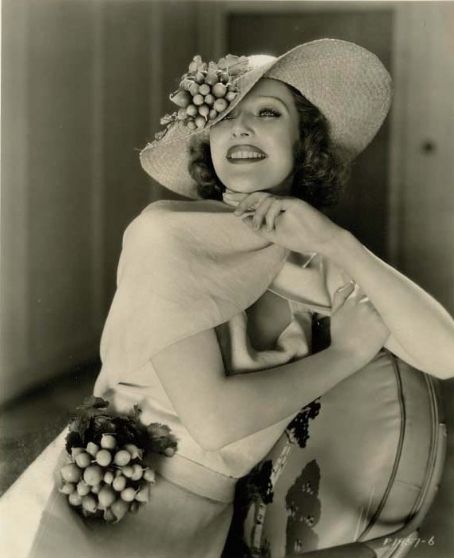 This is the first time that I had ever seen this film and I absolutely loved it. Loretta Young and Spencer Tracy, have a wonderful on screen chemistry and they help turn this movie into a wonderful romance. It is filmed in such a dreamy way, that their humble home looks very charming and homey. If you get a chance to see this film I do not think you will be disappointed. 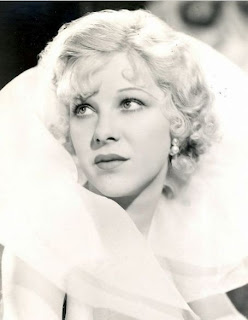 She later was in the cast of, Cobra and The Best People in 1925.

Farrell was first signed to a long-term contract by First National Pictures in July 1930. She was given the female lead in Little Caesar. Warner Brothers signed her to re-create on film the role she played in, Life Begins on Broadway.

Farrell worked on parts in twenty movies in her first year with the studio. She came to personify the wise-cracking, hard-boiled, and dizzy blonde, along with, Joan Blondell, with whom she would be frequently paired.

She became one of Warner Brothers’ most prolific actresses of the 1930s, solidifying her success with her own film film series, as Torchy Blane, "Girl Reporter". In this role Farrell was promoted as being able to speak 400 words in 40 seconds.

Farrell would portray the character Torchy Blane in seven films, from 1937 to 1939 when the role was taken over by Jane Wyman. in the first of the Torchy Blane series, Smart Blonde (1937) In 1937 she starred opposite Dick Powell and Joan Blondell in the Academy Award nominated Lloyd Bacon and Busby Berkeley directed musical comedy, Gold Diggers of 1937.

When her Warner Brothers contact expired in 1939 she opted to focus on her stage career once again. She said that working in plays gave her more of a sense of individuality whereas in films you get frustrated because you feel you have no power over what you're doing.

Farrell went out of vogue in the 1940s but made a comeback later in life, appearing in Secret of the Incas (1954), the Charlton Heston adventure epic upon which Raiders of the Lost Ark was based a quarter century later, and winning an Emmy Award in 1963, for her work in the television series Ben Casey.

She was appearing on Broadway in, Forty Carats in 1969 when she was diagnosed with lung cancer. She remained with the show until ill health forced her departure in November 1970.

Her son with her first husband Thomas Richards was B-Western "sidekick" actor Tommy Farrell. She dated Hollywood film writer Robert Riskin in the early 1930s and married Jack Durant of the Mitchell and Durant vaudeville team in June 1931. In 1941 Farrell became the wife of Dr. Henry Ross, a West Point graduate and Army physician who served on General Eisenhower's staff. 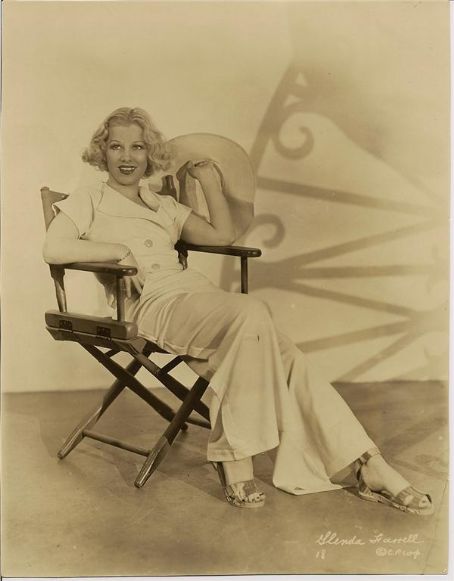