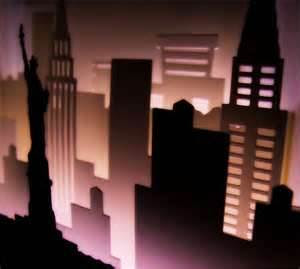 TCM, is showcasing a few less known film noirs, which also deserved to be celebrated. Hopefully, you will find a few new films to add your list of favorites. 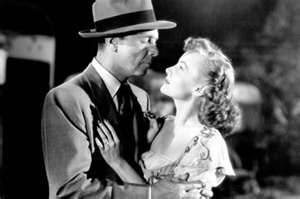 Cry Danger (1951). A noir/thriller shot in twenty-two days in Los Angeles, including the Bunker Hill section of the city. The film was directed by Robert Parrish, a former child star and later editor in his debut as a director.

Rocky Mulloy, was sentenced to life in prison for a robbery and murder that he didn't commit. He's released five years later when a witness named Delong, comes forth with an alibi. Rocky, hoping to find the real criminals, so he can set free his friend Danny Morgan, who is also accused of the same crime.

Delong, lied about the alibi, because he is hoping to share of the missing robbery loot. Rocky, insists he doesn't know where the money is.

They go see Morgan's wife, Nancy, a former girlfriend of Rocky's, who now lives in a trailer park. Police Lt. Gus Cobb, is hot on Rocky's heals because he's still thinks he is guilty. Rocky believes that bookie Louis Castro is the mastermind.

He demands $50,000 at gunpoint. Castro, only has $500 to bet on a fixed horse race. Shots are fired at Delong and girlfriend Darlene near the trailer and she is killed. Nancy believes the intended victims were Rocky and herself.

Rocky goes back to Castro and plays Russian roulette until Castro reveals where the robbery money can be found. It turns out Morgan, is involved and that Nancy now has his share. Lt. Cobb, now believes Rocky is innocence. Nancy says she loves him and suggest that they run off together with the money, but Rocky wants no part of her. 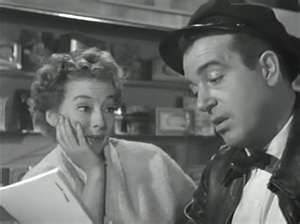 Ernie Driscoll is a former boxer who had to give up prize fighting after sustaining an injury in the ring and is now a New York taxi driver.

His wife, Pauline, is having an affair with a richer man who happens to be a criminal. The thief, after being unable to sell some stolen diamonds, kills Pauline and then attempts to frame her husband forvthe crime. 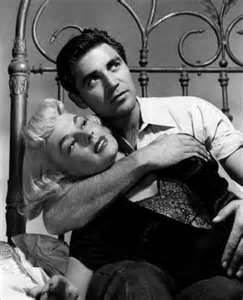 Tomorrow Is Another Day (1951). A drama film directed by Felix E. Feist. Cast: Ruth Roman and Steve Cochran. Bill Clark, is an ex-convict who thinks he killed a man. Goes into hiding with Catherine Higgins, a taxi dancer whose boyfriend is the supposed murder victim. 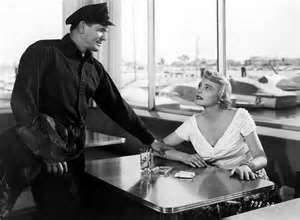 The Breaking Point(1950). Is the second film adaptation of the Ernest Hemingway novel To Have and Have Not. The film, directed by Michael Curtiz, is considered to be considerably more faithful to the novel than the 1944 version starring Humphrey Bogart. Cast: John Garfield

Things begin to go wrong for Harry, when he helps a shady lawyer named, Duncan, transporting illegal immigrants into California. Duncan, blackmails Harry into helping some thugs, pull a racetrack heist, by using his fishing boat to get away.

Harry, hopes that helping Duncan will financially help his family. His wife, Lucy, suspects Harry is up to no good and begs him to stop. Harry refuses and walks out.

As Harry waits for Duncan and the thugs on his boat, his partner, Wesley, arrives. Not wanting Wesley to get hurt, Harry sends him on an errand.

The thugs arrive and kill Wesley. Harry, is forced at gunpoint to transport the thugs out to sea without drawing the attention of the Authorities . Harry also learns that Duncan was killed during the escape from the racetrack heist.

Wesley's body is dumped overboard along with Harry's gun. Harry uses a ploy to access a gun and kills all the thugs in a shoot out. Harry, is critically wounded. Authorities find his boat the next day and tow it back to port. Lucy, convinces Harry to allow his arm to be amputated to save his life. 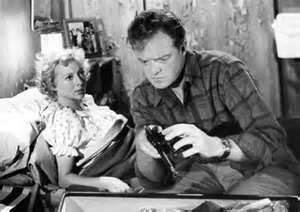 Cop Webb Garwood, is called to investigate a voyeur by Susan Gilvray. Her husband works nights as an overnight radio personality.

Over time be becomes obsessed with her, but she is reluctant. Garwood finds out about an insurance policy on the husband's life. He dreams up a plan to kill the husband and makes it look like self-defense. Susan, who is pregnant, runs away with Garwood to a ghost town named Calico to have the baby.

Susan goes into premature labor and Garwood finds a doctor. Garwood, intends to kill the doctor to keep their secret... but he doctor escapes with the newborn.

Garwood, confesses to the murder of Susan's husband and she tells him to get out. He drives away, leaving his wife in Calico alone.

On the way out of town, Garwood runs into his former partner on the police force. While attempting to escape, Garwood sees several police cars coming so he heads for the hills. He refuses to stop and a sheriff's deputy shoots him dead. 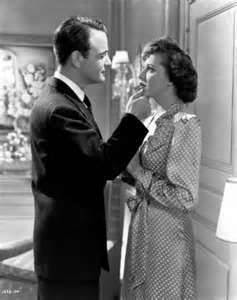 Fingers At The Window (1942). The City of Chicago is gripped by an Axe Murderer. The streets are empty at night as there has been six murders and six people have been caught, but they are lunatics. Only one person has lived to tell about it and that was Edwina, who is as dumb as a brick.

If it were not for Oliver, she would be number seven. When there is a second attempt on Edwina, Oliver figures that the crimes are not random and that someone is hypnotizing these people to do his bidding, but the police and Edwina are skeptical. 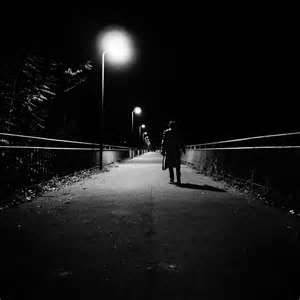