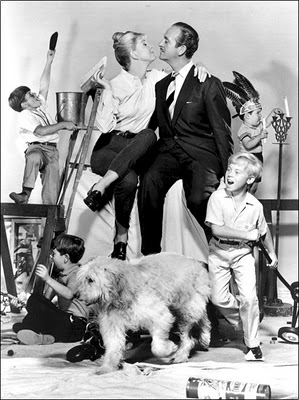 On opening night, Larry's wife Kate, is visited by wannabe, playwright and cab driver, Joe Positano, who wants Larry to read his play. After Kate tries settling down her four boys, with no luck.. agrees to tell Larry about the play.

Kate meets up with Larry, while is giving his last lecture as a professor, knowing he has become a critic, his students believe he will put down every performance he reviews, just to help his own career.

Alfred's new show is terrible, Larry feels guilty, that he has to tell the truth about his friend's play.

The next morning, Alfred runs over to the apartment upset about the review, Larry tries to calm his friend.

Later, while Larry and Kate have breakfast at a restaurant, Deborah Vaughn, the star of Alfred's show, walks in and slaps Larry in front of a cameraman who captures the moment on film. 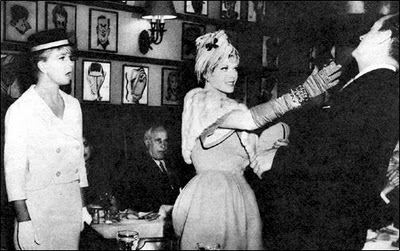 Soon the picture makes front-page headlines and Larry, decides to publish a column with the photo claiming the shows popularity failed, not because of Deborah's bad performance but on her derriere.

Days later at a cocktail party, Larry is the center of attention while Kate is ignored. When Deborah arrives at the cocktail party, she heads straight over to Larry to apologize hoping that he will reconsider his opinion of her derriere. As Kate prepares to leave the party, Alfred warns Kate that Larry is on his way to the "downelator" becoming a critic who thinks his own jokes are better than any play. As they leave, Larry makes fun of the play opening that evening. 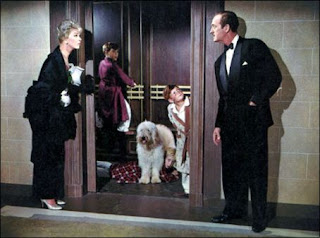 At home after seeing the play, angry/worried Kate asks Larry if he disliked the play before seeing it. Larry promises to her he had given the play an honest review. 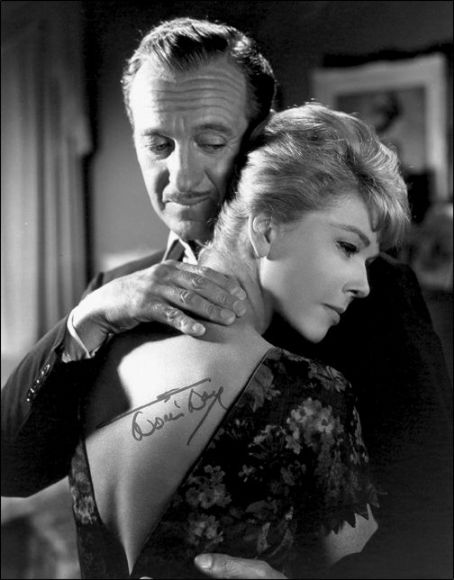 Days later, as Larry reads Joe's biblical play and criticizes him for writing about a subject he does not know anything about. Offended, Joe tells Larry that he is not the same man he used to be and storms out.

Soon after, Larry and Kate learn that the lease on their apartment is about up and talk about their plans to move to a large house outside the city. Now, that Larry is a success, he wants to live in the city. Using her feminine wiles, Kate agrees that his work comes first and calls the entire family a "parasite". Larry charmed by her agrees to the move.

With not many choices in their price range, the family moves into a huge fixer upper of a house in Hooten, 70 miles outside New York. When Community leaders ask Larry and Kate to help them find a play for the local theater group, Larry says that he has no time.

Later in the city, Deborah finds Larry and makes a pass at him, but Larry refuses and then returns home.

On the children's first day of school, Larry refuses to volunteer, claiming the school is performing "moral blackmail."

The next day, when community leaders once again ask for a suggestion on a play, Kate calls Alfred for help. Alfred sees an opportunity to get even with Larry. Will he be successful getting even with Larry? 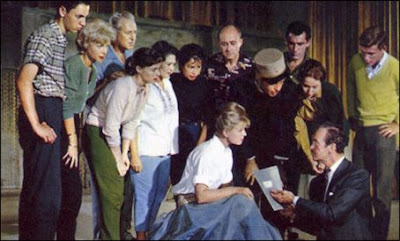 This is one of my favorite Doris Day movies. I feel it captures her best performances as a mother. Doris interaction with the children is hilarious, she's so natural with them. 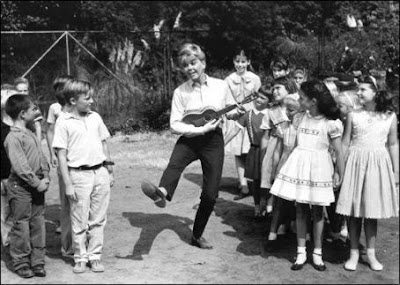 And of course, the musical numbers are fluffy, but that was what we loved about her. Niven makes a wonderful husband for Doris. I also loved Janis Page performance in this film as she was the top billed female in Doris first film, Romance on the High Seas. Spring Byington is fantastic as the grandmother. I think Anyone who loves Doris Day will also say this one of their favorite movies.

Fun Facts: The musical number Kate rehearses for the amateur show ("Any Way The Wind Blows," music by Marilyn Hooven and Joseph Hooven, lyrics by 'By Dunham') had been written for Doris Day movie, Pillow Talk (1959).

After Doris Day and Janis Paige first had worked together in Romance on the High Seas (1948), Miss Paige performed on Broadway as, Babe Williams, in the Tony Award-winning musical of 1954, "The Pajama Game."

When Warner Bros., the former home lot of Janis and Doris, recast Babe Williams for the delightful 1957 film version, Babe then turned into - Doris Day! 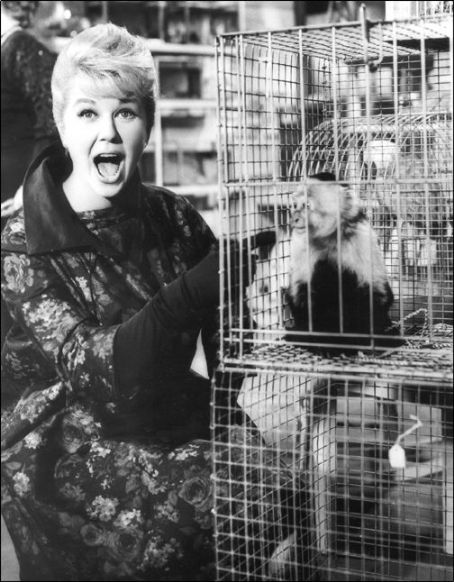 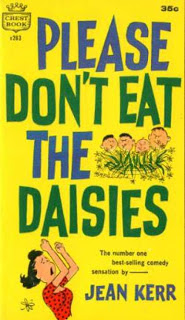 Please Don't Eat the Daisies is a collection of funny essays by playwright Jean Kerr about suburban living and raising four boys. The essays do not have a plot or through-storyline, but the book sold so well it was later adapted into a film starring Doris Day and David Niven. The film was later adapted into a television series starring Patricia Crowley and Mark Miller.
Posted by Unknown at 4:20 AM