Klugman, died Monday, at the age of 90 in his home with his wife by his side. Klugman, who lost his voice to throat cancer in the 1980s and trained himself to speak again.

Klugman's, hobby was horse racing and he eventually took up raising them, too. A horse Klugman co-owned, Jacklin Klugman, finished third in 1980's Kentucy Derby and fourth in that year's Preakness Stakes.

Klugman's wife, actress-comedian Brett Somers, played his ex-wife, Blanche, in the "Odd Couple" series. The couple, who married in 1953 and had two sons, Adam and David, had been estranged for years at the time of her death in 2007.

In February 2008, at age 85, Klugman married longtime girlfriend Peggy Crosby. Klugman, is also survived by two grandchildren.  Truly one of television's most loved actors, will be missed.. 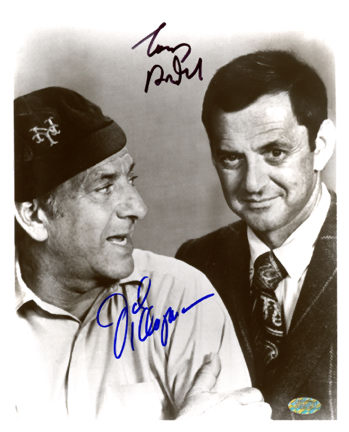 Email ThisBlogThis!Share to TwitterShare to FacebookShare to Pinterest
Labels: in memory(2012), jack klugman