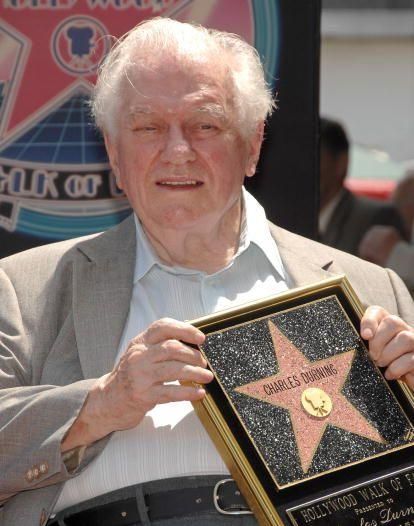 Charles Durning (February 28, 1923 – December 24, 2012). Was a character actor with performances in over 100 films died on Christmas Eve, according to his family. Durning's best known roles: police officers in the Oscar-winning The Sting (1973) and crime drama Dog Day Afternoon (1975), along with the comedies Tootsie, To Be Or Not To Be and The Best Little Whorehouse in Texas, the last two of which earned him Academy Award nominations for Best Supporting Actor.

Durning, left home at age 16 and later enlisted in the Army. Durning landed at Normandy on D-Day and fought in the Battle of the Bulge, receiving the Silver Star and three Purple Hearts. He worked odd jobs that ranged from professional boxing to teaching ballroom dancing to ushering in a burlesque house, where he got his start on stage by filling in for a comic who failed to show up.

He also attended the American Academy of Dramatic Arts. Some of Durning's other best-known roles included his Tony-winning performance as Big Daddy in "Cat on a Hot Tin Roof", the governor in "Best Little Whorehouse in Texas", a beleaguered police officer in "Dog Day Afternoon" and as Doc Hopper, the owner of a frog leg restaurant in "The Muppet Movie." Durning's family, in a statement issued Tuesday, said, "Not only was Charlie a World War II hero but he was also a hero to his family. Charlie loved Christmas and if he could have chosen a time to pass, he would have chosen this day." 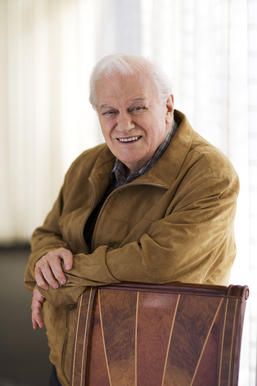 Email ThisBlogThis!Share to TwitterShare to FacebookShare to Pinterest
Labels: chares durning, in memory(2012)