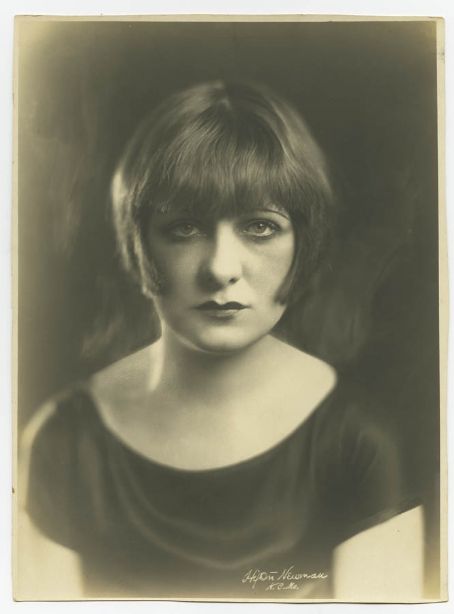 Jean Acker (October 23, 1893 – August 16, 1978). Was born in Trenton, New Jersey where she attended school. She performed in vaudeville until she moved to California in 1919. After arriving in Hollywood, Acker became the protegee and lover of Alla Nazimova, a film actress whose contacts helped Acker to negotiate a contract with a movie studio.

Acker, performed in many films in the 1910s and 1920s, but by the early 1930s she began perform in small, mostly uncredited film roles. She made her last onscreen performance in the film, How to Be Very, Very Popular(1955), with Betty Grable.

After meeting Rudolph Valentino at a party, they dated for two-months before getting married on November 6, 1919. Acker, locked him out of their hotel bedroom on their wedding night.

After filing for divorce, Valentino did not wait long enough before marrying his second wife, Natacha Rambova, in Mexico, and he was charged with bigamy when they returned to the United States.

Acker then sued Valentino for the legal right to call herself "Mrs. Rudolph Valentino." Valentino was angry with her for many years, but mended their friendship before his death in 1926. When she visited Rudolph Valentino on his death bed and brought him a ruffled white linen bedspread that she had embroidered herself, and a pillow cover with "Rudy" embroidered in each corner. Acker, wrote a song about him soon after he died called, "We Will Meet at the End of the Trail".

Acker had an affair with the actress Alla Nazimova, who introduced Acker, to a group of actors who were forced to conceal the fact that they were lesbian or bisexual.

Later, Acker met Chloe Carter, a former Ziegfeld Follies girl with whom she would remain for the rest of her life. The couple owned an apartment building together in Beverly Hills. Acker died of natural causes in 1978 at the age of 84, and is buried next to Carter in the Holy Cross Cemetery in Culver City, California.

On asked why she married Rudolph Valentino: It was simply a case of California, the glamour of the Southern California moonlight and the fascinating lovemaking of the man.

On why she believed Rudolph Valentino married her: I honestly believe that Rudolph would have married then any woman with an automobile.

On her second encounter with Rudolph Valentino at a party: The first question he asked was, "Do you care to dance?" I decided to sit it out with him under a California moon. 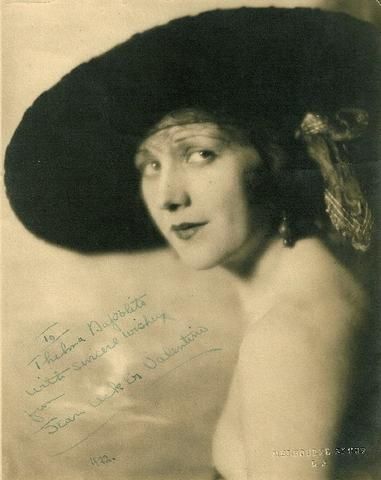 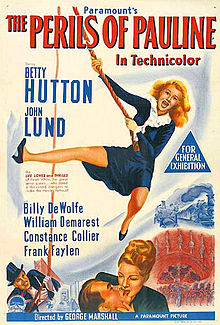 The Perils of Pauline(1947). A film directed by George Marshall and released by Paramount Pictures. The film is a fictionalized Hollywood account of silent film star Pearl White's rise to fame, starring Betty Hutton as White. Filmed in Technicolor, with original songs by Frank Loesser including: "I Wish I Didn't Love You So" and "Rumble, Rumble, Rumble".

Paul Panzer, who played the villain in the 1914 film, has a very small part in this film, as do silent-comedy veterans: Chester Conklin, Hank Mann, Snub Pollard, and James Finlayson.

Please click here to view the Jean Acker movie: The Perils of Pauline. 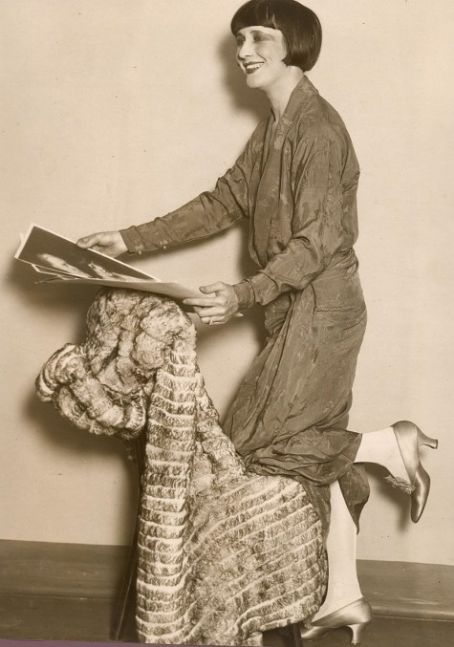