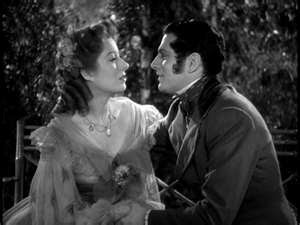 The film begins when the girls are out shopping for new dresses when they see two gentlemen and a lady in a beautiful carriage. They learn that the men are Mr. Bingley, who is renting the estate of Netherfield and Mr. Darcy, both wealthy, eligible bachelors.

After the Bennets return home, Mrs. Bennet tries to talk Mr. Bennet, into seeing Mr. Bingley, but he refuses, saying that they have already met.

At the ball, Elizabeth overhears Mr. Darcy talking about not wanting to dance with her. She also meets for the first time Mr. Wickham.

Later, as it turns out.. Mr. Darcy does ask her to dance, but she refuses, when Mr. Wickham asks her right in front of Darcy, she accepts.

The Bennets' cousin, Mr. Collins, arrives, looking for a wife and sets his sights on Elizabeth. Mr. Darcy, sees her distress and asks her to dance. After seeing the obnoxious behavior of her mother and younger sisters, he leaves again.

The next day, Mr. Collins asks her to marry him, but she refuses. He then asks her best friend, Charlotte Lucas, to marry him.

When Elizabeth visits Charlotte in her new home, she is introduced to Lady Catherine de Bourgh and also sees Mr. Darcy there.

Later, he asks her to marry him, because she believes he stole Wickham's fortune and also because he broke up the romance between Mr. Bingley and Jane, she refuses.

When Elizabeth returns to Longborn, she learns that Lydia has eloped with Wickham. Mr. Darcy tells her that Wickham will never marry Lydia and that Wickham had tried to elope with his 15-year-old sister, Georgiana.

Elizabeth, soon realizes that she is in love with him, but believes he will never see her again because of Lydia's disgraceful elopement. Lydia and Wickham, do return home married. Lady Catherine, tells the family that Mr. Darcy found Lydia and forced Wickham to marry her. Will Darcy and Elizabeth ever admit their love for each other? 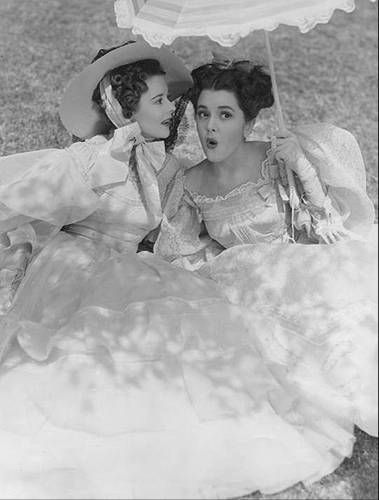 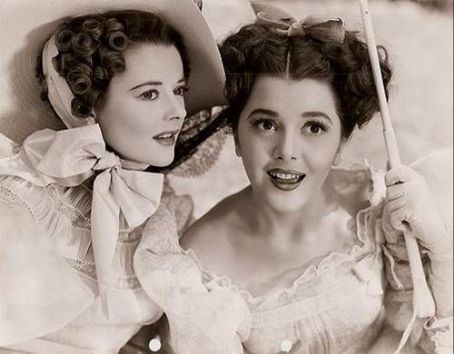 The studio's first choice for Darcy was Clark Gable.

Vivien Leigh was passed over for the role of Elizabeth Bennett in favor of Greer Garson.

According to Edward Maeder, Adrian, the costume designer, asked director Robert Z. Leonard to place the film in a later time period than that of the novel so that the costumes might be more opulent than those of Jane Austen's time.

Initially scheduled to start pre-production in 1936, under the supervision of Irving Thalberg with his wife, Norma Shearer as Elizabeth Bennett, but pre-production was put to a halt after Thalberg's death. 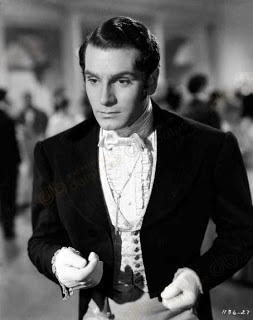 Laurence Olivier ( 22 May 1907 – 11 July 1989) career as a stage and film actor spanned more than six decades and included a wide variety of roles: Shakespeare's Othello and Sir Toby Belch in Twelfth Night to the sadistic Nazi dentist Christian Szell in Marathon Man and the Nazi-hunter in The Boys from Brazil.

A High church clergyman's son who found fame on the West End stage, Olivier became determined early on to master Shakespeare, and eventually came to be regarded as one of the foremost Shakespeare interpreters of the 20th century. He continued to act until the year before his death in 1989.

He also preserved his Othello on film, with its stage cast virtually intact. For television, he starred in The Moon and Sixpence, John Gabriel Borkman, Long Day's Journey into Night, Brideshead Revisited, The Merchant of Venice, Cat on a Hot Tin Roof, and King Lear, among others. 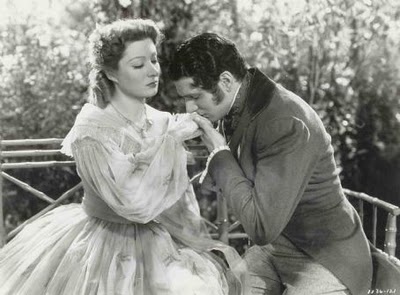