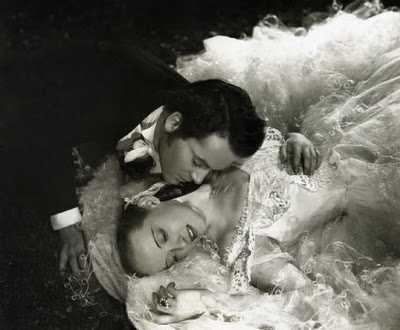 The story is about a headstrong, spirited young woman named Julie Marsden, who is engaged to a successful banker, Preston Dillard. Wanting to get even with Preston, for putting his work ahead of her to shop for a dress, she orders a beautiful red dress to wear to ball. It was the custom for all the proper unmarried women to wear white dresses. Although, no one could say or do anything to change her mind.

Once at the ball Preston and Julie's, entrance is met with shock and then disapproval by everyone. She is embarrassed and begs Preston to take her home, angry he forces her to dance with him. All the other dancers leave the floor, leaving them alone. When, the orchestra stops playing, Preston orders them to continue and they finish the dance.

Preston breaks off their engagement, not before Julie slaps him in the face. Aunt Belle Massey, tells her to go after Preston and beg his forgiveness, but.. she refuses, believing that he will come back to her. He leaves town and heartbroken Julie, closes herself off from the world.

A year later, Preston returns, to help Dr. Livingstone, prevent an outbreak of yellow fever. Julie goes to him and begs for his forgiveness. That is when Preston, introduces her to his wife Amy. Heartbroken, Julie has a skilled duelist Buck Cantrell, challenge Preston, but the plan backfires. Preston's brother Ted, is the one who accepts the challenge. In a twist of fate, Ted wins.

A epidemic of yellow fever hits the city and Preston becomes ill and is quarantined on an island. While Amy, is making plans to go to care for him, Julie stops her and begs to go in her place. Will her plan work? 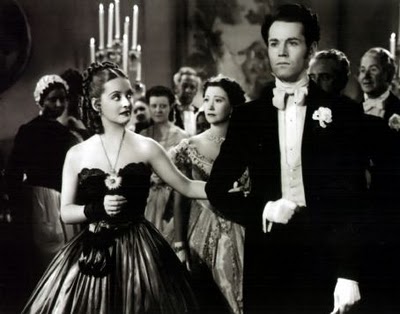 This maybe one of Bette Davis' best and most memorable performances. Fay Bainter, also gives a wonderful performance as Aunt Belle. Henry Fonda, gives a strong early performance of his career.

Has been called a black-and-white version of Gone with the Wind (1939), which was in its pre-production stages at the time.

Some scenes were filmed around Henry Fonda, to allow him to be with his wife as she gave birth to their daughter Jane Fonda, including scenes with the sometimes-prickly star, Bette Davis. As the star of the film Davis was within her rights to insist that Fonda remain until their scenes were finished, but she allowed him to complete his shots and leave. 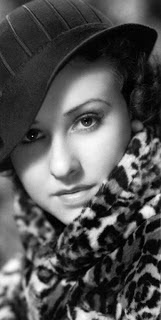 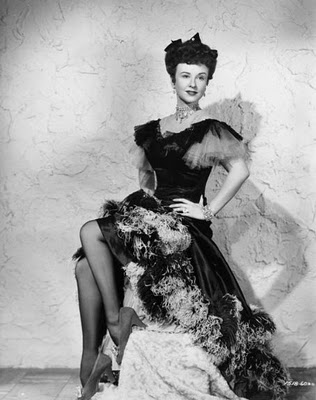