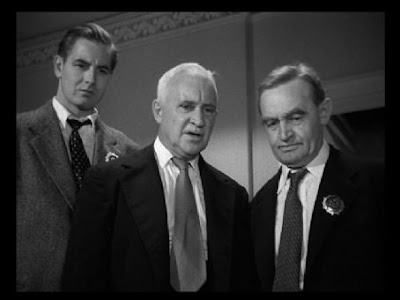 The Naked City(1948). Directed by Jules Dassin. The movie, was filmed on the streets of New York City, showing famous landmarks: Williamsburg Bridge, Whitehall Building and an apartment building on West 83rd Street (Manhattan) where the murder took place. William H. Daniels won an Academy Award for his cinematography.

This is a very realistic crime film and does not have the atmospheric type of lighting, film angles or the femme fatales, as most film noirs. Based on a story by Malvin Wald, The Naked City, is a film is about the police investigation of a murder of a model and veteran cop who becomes charge of her case. The Naked City producer Mark Hellinger, narrated parts of the film. Hellinger died of a heart attack after a preview of the movie. The film was the inspiration for the 1958-63 TV series, Naked City.

The story begins when jewel thieves Willie Garzah and Peter Backalis, kill Jean Dexter. Feeling guilty for participating in the murder Backalis, gets drunk. Garzah, decides to hit him over the head, before he confesses to the police. Then tosses him in the East River. Later, Homicide detectives Dan Muldoon and Jimmy Halloran, are assigned to Jean's murder case.

Dan questions Frank Niles, Jean's ex-boyfriend, who lies about his engagement to Ruth. Later, Dan believes that the bruises on Jean's neck proves that there were to two killers.

The next morning, the detectives learn that Frank sold a gold cigarette case stolen from Stoneman, then purchased a one-way plane ticket to Mexico. They also discover, that Jean's ring was stolen from the wealthy Mrs. Hylton, Ruth's mother. Dan and Jimmy, head over to Frank's apartment, where they save him just in time from being murdered by Garzah, who escapes out the back door. When questioned about the stolen jewelry, Frank says that they were gifts from Jean. Frank, is then arrested for robbery. When Backalis' body is found, Jimmy blames the ex-convict for Jean's murder. Jimmy, soon learns that Backalis' partner in the jewelry story robbery was Garzah. Dan forces Frank, to admit that Stoneman, was Jean's boyfriend and goes by the name, Henderson. Back at Stoneman's office, the married physician confesses that he fell in love with Jean, only to learn that she and Frank were using him in to rob his wealthy friends. Will the police ever catch up with the killer? 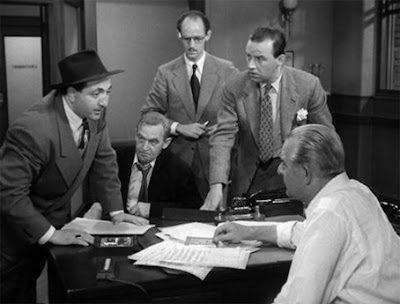 I thought it was very interesting to see Barry Fitzgerald, who is well known for his spunky supporting roles, play a serious role as the detective. 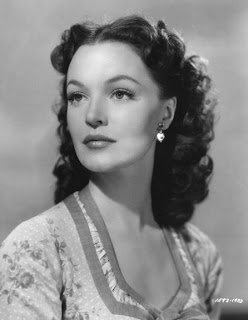 Dorothy Hart (April 4, 1922 - July 11, 2004). Her first big movie break came in the 1947 western Gunfighters, with Randolph Scott, after winning the 1944 National Cinderella Cover Girl Contest. She is best remembered for being Howard Duff's fiancee in the 1948 film, The Naked City.

In 1948, Hart made Larceny, with Shelley Winters and The Countess of Monte Cristo, with Sonja Henie. Hart became the tenth actress to play Jane, when she performed with Lex Barker as Tarzan in, Tarzan's Savage Fury. 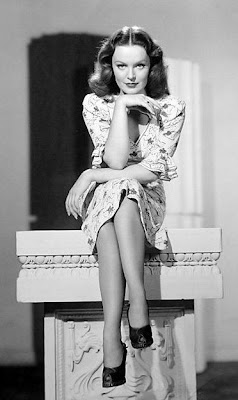