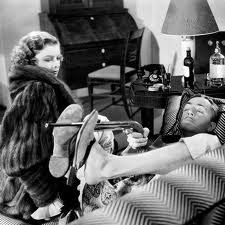 The Holidays are here and who better to celebrate them with than TCM's star of the month William Powell, who will be featured every Thursday in the month of December. Powell's best known role was that of Nick Charles in six Thin Man films, beginning with The Thin Man(1934). The role was a perfect opportunity for Powell to showcase his sophisticated charm and his witty sense of humor. Which he received his first Academy Award nomination for. Please click picture on side bar to read past reviews.

ON TCM Dec.1st. Kisses For My President(1964). Kisses for My President(1964) A comedy directed by Curtis Bernhardt, starring Fred MacMurray and Polly Bergen. Leslie McCloud, makes history when she is elected the first female President of the United States. However, her husband Thad McCloud is less enthusiastic.

ON TCM Dec. 1st. Lawyer Man (1933). Drama based on the novel by Max Trell and the film stars William Powell and Joan Blondell.

Happy Birthday: Agnes Moorehead !(December 6, 1900 – April 30, 1974) She performed in more than seventy films beginning with Citizen Kane and on dozens of television shows during a career that spanned more than thirty years, Moorehead is most widely known to modern audiences for her role as the witch Endora in the series Bewitched. Click picture on side bar to read past movie reviews.

For the first time On TCM Dec. 2 nd. Don't Trust Your Husband(1948). (aka "An Innocent Affair" and "Under Suspicion"). Is Fred MacMurray and Madeleine Carroll in their fifth and final film together. 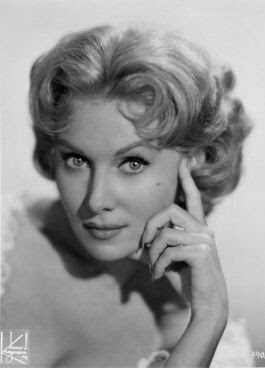 ON TCM Dec. 3rd. 5 films starring Rhonda Fleming. She acted in more than 40 films, mostly in the 1940s and 1950s, and became known as one of the most beautiful and glamorous actresses of her day. She was nicknamed the "Queen of Technicolor" because her fair complexion and flaming red hair photographed exceptionally well in Technicolor. Click picture on side bar to read past reviews.

Out of the Past(1947). A private eye becomes the dupe of a homicidal moll.Dir: Jacques Tourneur Cast: Robert Mitchum, Jane Greer and Kirk Douglas .

For the first time on TCM: Instant Love(1964). A romance quickly turns into a marriage, but then runs into problems as the lovers face a combination of boredom and jealousy. Dir: Paul Sylbert Cast: Rossano Brazzi, Carlos Alberto and Peter Bashka.

ON TCM Dec. 4th The Bishop's Wife(1947). Romantic/comedy starring: Cary Grant, Loretta Young, and David Niven in a story about an angel who helps a bishop with his problems. It was released by RKO. The film was adapted by Leonardo Bercovici and Robert E. Sherwood from the 1928 novel of the same name by Robert Nathan, and was directed by Henry Koster.

Happy Birthday: Douglas Fairbanks, Jr. ! (December 9, 1909 – May 7, 2000) was a actor and a highly decorated naval officer of World War II. Click picture on side bar to read past reviews.

ON TCM Dec. 9th. Fashions of 1934 is a (1934) Pre-Code musical comedy film directed by William Dieterle with musical numbers created and directed by Busby Berkeley. The screenplay by F. Hugh Herbert and Carl Erickson was based on the story The Fashion Plate by Harry Collins and Warren Duff. The film stars William Powell, Bette Davis, Hugh Herbert and Frank McHugh, and has songs by Sammy Fain (music) and Irving Kahal (lyrics) 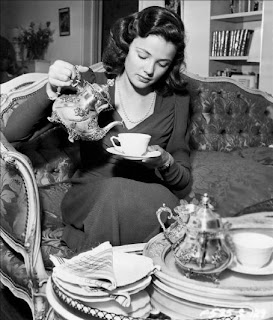 place MELON, STRAWBERRIES
and VANILLA EXTRACT in the BLENDER
and blend until SMOOTH. pour into a
glass over ICE. 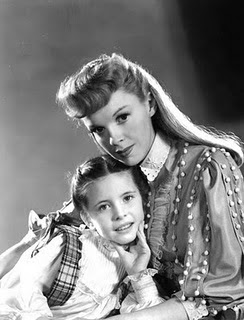 Article of the week is from :Classic Movies Digest. .  Rupbert says: With the film Meet Me In St. Louis (1944) you have one of the most charming, enduring and elegant classic musicals ever put to film. Developed by the MGM musical powerhouse of producer Arthur Freed and director Vincent Minnelli, it showcased the fragile songbird Judy Garland at the height of her fame and talent and became a box office bonanza for the mega studio in the winter of 1944-45. Please head over to Rupbets blog and check out his wonderful post.