Sorry that I took so long... Update for those following the Six Degrees Of Separation game begun by Page from, My Love Of Old Hollywood. Dorian, from Tales Of The Easily Distracted, solved for Carole Lombard to Goldie Hawn and picked Myrna Loy and Danny Kaye for the next challenge. Dorian, also picked Laura over at BackLots who solved for Myrna Loy and Danny Kaye, in less than six films. 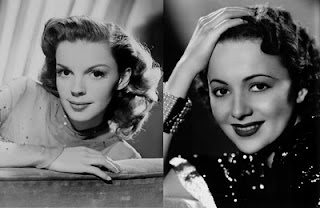 Laura, selected Judy Garland and Olivia De Havilland for the next round, which brings us to, Whistlingypsy to play the game.

Whistlingypsy, chose the film, Every Sunday (1936), which teamed Judy with Deanna Durbin. Whistlingypsy, selected Dawn at Noir and Chick Flicks to carry the game forward with her selection featuring Deanna. 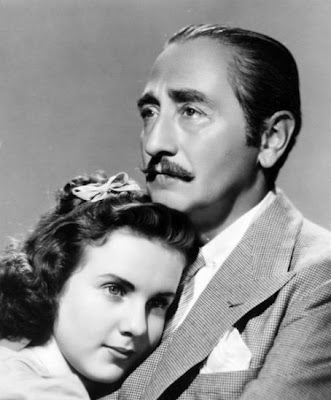 I chose Deanna Durbin who performed in the film, One Hundred Men and a Girl (1937), with Adolphe Menjou, who played her father.

I select Rachel from: MacGuffin Films, to carry the game forward. Macguffinmovies.wordpress.com
Posted by Dawn at 4:49 AM