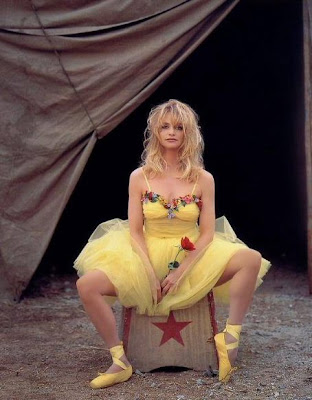 Goldie Hawn's career slowed down after leaving Hollywood in the late 1980s, but began a comeback with the action/comedy, Bird on a Wire(1990), with Mel Gibson, who plays a FBI informant, who has kept his new identity secret for 15 years, now an old flame has found him, while some thugs are out to kill him..

Hawn's next successful performances were in the films: 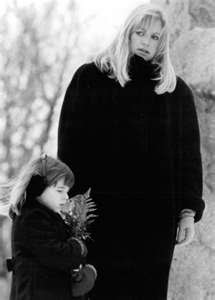 Deceived(1991). Thriller starring Goldie Hawn and John Heard. The film begins with Adrienne Sauders, happily married to her art dealer husband, Jack. A friend tells her that she saw Jack in town, when he told her that he was on a business trip. Adrienne, confronts him, but he denies being in town. Soon after, a museum curator is murdered and a treasure that Jack bought for the museum is proved to be a fake. All evidence points to Jack and her world turns upside down, when police tell Adrienne that Jack was killed in a car accident. Adrienne, soon learns that her husband was not who he claimed to be and now she and her daughter lives are in danger.

I loved how the camera caught pieces of the truth slowly building on the suspense. The score works perfectly with the plot. This is one of those films that will keep you on the edge of your seat.

Single mom Tracy Cross, lives with her 12-year-old son Christopher in, Key West, working as a waitress. She becomes a stripper to support her family which upsets Chris. A man from a local restaurant is involved in a drug-smuggling ring and Chris goes to work for him to earn enough money so his mother can quit stripping.

Joe, a undercover agent, working to bring down the drug ring, strikes up a friendship with Tracy and her son, which complicates his job. 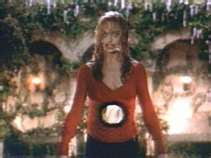 Next, Goldie, received much attention for her role opposite Bruce Willis and Meryl Streep in the 1992 film, Death Becomes Her. A dark/slapstick/screwball comedy/fantasy film directed by Robert Zemeckis. The film focuses on a pair of rivals who drink a magic potion that promises eternal youth.

When, they both are killed in their fight over a mortician, the potion revives them as the undead and they are forced to maintain their deteriorating bodies forever. Death Becomes Her won an Academy Award for Best Visual Effects.


Video; Behind the scenes. 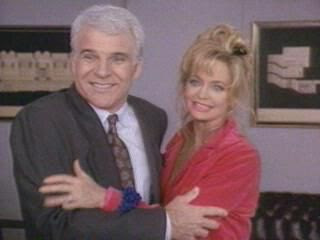 Earlier that year, she starred in the film, House Sitter (1992), a screwball/comedy with Steve Martin. Directed by Frank Oz. The story is about a con-artist, who worms her way into the life of a architect by claiming to be his wife.

The teaming of Martin and Hawn, turned out to be a hilarious combination. The tricky situations she gets Martin and herself in, are really funny.

Hawn, took a break when she cared of her mother for four years, while she was battling cancer, she lost her fight in 1994. Hawn, made her come back as producer of the comedy, Something to Talk About, starring Julia Roberts and Dennis Quaid, as well as making her directorial debut in the television film, Hope (1997) starring Christine Lahti and Jena Malone. 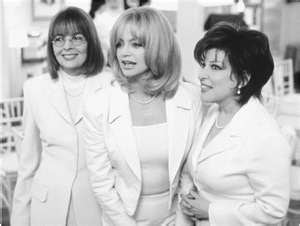 Hawn returned to the screen in 1996 as the aging, alcoholic actress Elise Elliot in the great comedy, The First Wives Club. Having Goldie Hawn, Bette Midler and Diane Keaton together, for a film that sure to be wonderfully entertaining. The film is about, how three women get even with their ex-husbands. Another reason to watch, The First Wives Club, is the amazing supporting cast: Maggie Smith and Sarah Jessica Parker, Stephen Collins and Stockard Channing. 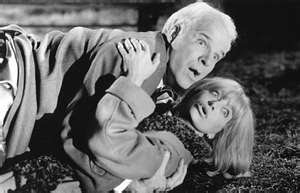 Goldie reunited with Steve Martin for the comedy, The Out-of-Towners (1999), a remake of the 1970 Neil Simon hit. Goldie Hawn and Steve Martin play a husband and wife of 27 years who's last child, is sent off to Europe and then they head off from Ohio to New York. 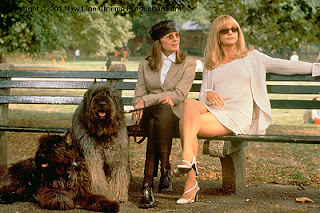 In 2001, Hawn was reunited with former co-stars Warren Beatty and Diane Keaton for the romantic/comedy, Town and Country. Directed by Peter Chelsom. Beatty plays New York City architect Porter Stoddard, with Keaton as his wife and Hawn and Shandling as their best friends. 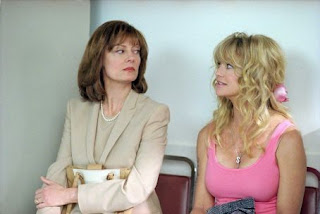 As of 2011, her last film performance was in the film, The Banger Sisters (2002), with Susan Sarandon and Geoffrey Rush. The story begins when Suzette is fired from her job as bartender, she then decides, to travel to Phoenix, Arizona to see her old best friend, Vinnie. Stranded, at a service station, she picks up Harry Plummer, a neurotic author, who is also on his way to Phoenix.

Suzette, has a chance meeting with Vinnie's daughter Hannah, who after some recreational drug use, passes out in Harry's hotel room. When she drives her back to her parents home... She finds Vinnie, now leading the life of the perfect wife and mother.

Suzette, brings back all those "wild memories" for Lavinia and she decides to relive the old days by going dancing with Suzette.

This is a fun and sexy chick flick for a more mature audiences, with a message about being true to yourself. 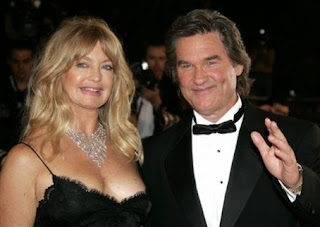 Hawn announced in an interview with AARP's magazine that her next film project would be called, Ashes to Ashes and co-star Kurt Russell. The film is about a New York widow who loses her late husband's ashes in India. As of 2011 the project has yet to go into production. 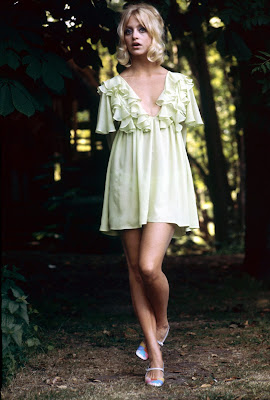