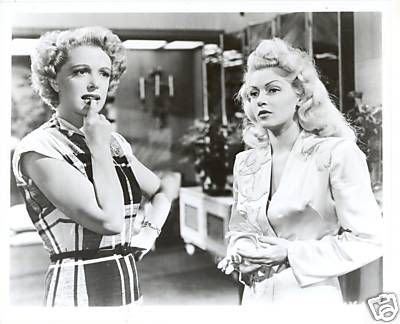 One sunny morning Valerie Parks, is told by the family attorney, that she will not receive her trust fund until she proves that she deserves it, so she decides to join the WACS. Next.. on the list to join, Ann Darrison, who decides to enlist after her serviceman husband John is sent overseas. Last, but not least is Leigh Rand, the daughter of a military family, who also decides enlists.

The three new recruits, meet on the way to the Ft. Des Moines training camp and Leigh and Val, instantly develop a dislike for each other and Darrison becomes the mediator, when all three are assigned as mechanics, in the same unit. Leigh challenges Val, saying she never will complete basic training. Val, proves her wrong and does very well in class. Val and Leigh, eventually become friends and all three girls are accepted into Officers' Candidate School.

One day, Capt. Bill Barclay, a friend of Ann's husband, arrives at their base to visit Ann. Later, Bill meets Val and asks her on a date, Leigh, who is attracted to Bill herself, reminds them that enlisted WACS are forbidden to date officers. Leigh arranges for Val, to be assigned to duty that night to prevent them from meeting. Which angers Val and so ends their friendship.

Later Val, receives a telegram from her attorney, telling her that he is in town, she goes to meet him. Instead, she is met by her old friends Harriet and a drunken Junior Vanderheusen. Val tells her friends, that she plans to stay in the military and gives them a piece of her mind. Insulted, Junior spills his drink on Val's uniform.

Knowing that she cannot return to the barracks smelling of alcohol, Val goes to see Leigh, who is on leave and staying in the next room. Val, begs her to bring her a clean uniform in the morning. Leigh agrees, but when she returns to the hotel the next morning with the clean uniform, she runs into Junior in the elevator.

After learning from Junior, that Val only joined the military to receive her inheritance. Leigh, launches into a campaign to get rid of Val. Two days before graduation, Val, unable to stand her abuse, slaps Leigh in the face and marches off the field.

Later when Val, refuses to stick up for herself to their commanding officer, Lt. Colonel Spottiswoode. The officer calls Leigh, before the board and informs her that her platoon has rated her unfit to be an officer. Leigh, takes the blame for Val's outburst.

Col. Spottiswoode goes to see Anne and informs her that her husband has been killed in combat. When Leigh and Val, hear about Ann's loss, her courage shames them into staying the corps.

I recently saw this classic movie on TCM for the first time. I would call it a female version of a WWII buddy movie. Agnes Moorehead, Natalie Schafer and June Lockhart have supporting roles. 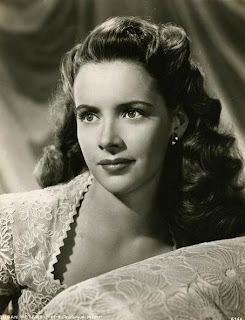 Susan Peters (July 3, 1921 – October 23, 1952). Her first job was to read with potential actors in their screen tests. Before long she had impressed studio executives with her own talent, and they began casting her in films.

For the first two years she used her given name and played small, uncredited parts in the film, Meet John Doe (1941). Her first substantial role was in the film, Random Harvest (1942), which earned her an Academy Award for Best Supporting Actress nomination. MGM, cast her in the starring role in the film, Song of Russia (1943).

Peters was married to the actor Richard Quine on November 7, 1943. A couple of months after performing in the film, Keep Your Powder Dry, Peters and her husband were duck hunting when a rifle accidentally discharged, causing a bullet to be lodged in her spine. The accident left her permanently paralyzed from the waist down. Peters attempted to continue her acting career.

MGM continued to pay her salary, unable to find suitable projects, Peters left the studio. She returned for the lead role in, The Sign of the Ram (1948). Unfortunately, her disability made her a difficult actress to cast. 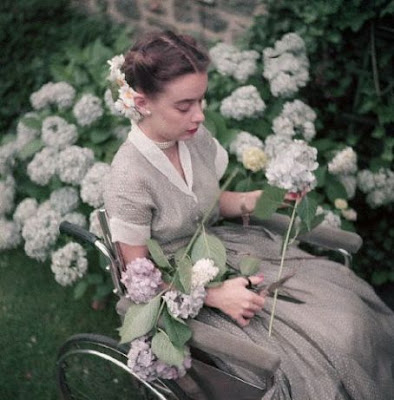