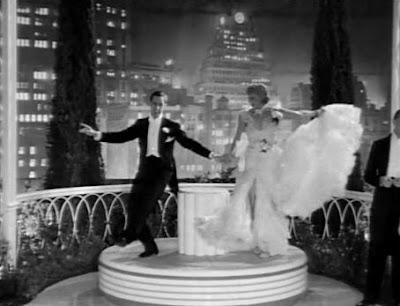 ON TCM Oct. 8th: Broadway Melody (1936). It was a follow up to, The Broadway Melody, which had been released in 1929, although, beyond the title and some music, there is no story connection with the earlier film. Please click picture on side bar for movie review.

On TCM Oct. 9th: On TCM Oct. 9th: The Haunted House(1921). A short comedy film starring comedian Buster Keaton. It was written and directed by Keaton and Edward F. Cline.

On TCM Oct. 10th.: The Uninvited(1944). The movie begins with a narration by Ray Milland, who plays one of the main characters: "They call them the haunted shores, these stretches of Devonshire and Cornwall and Ireland which rear up against the westward ocean. Mists gather here, and sea fog, and eerie stories. That’s not because there are more ghosts here than in other places, mind you. It’s just that people who live hereabouts are strangely aware of them." Please click picture to read movie review.

On TCM Oct. 14th. Some Like It Hot(1959). When a pair of bumbling, out-of-work musicians accidentally witness the St. Valentine's Day gangster murders, they disguise themselves as women and join up with a travelling all-womens' band to escape the mobsters who are after them. 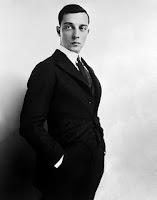 Article of the week from:  Distant Voices and Flickering Shadows.blogspot. Metaphysics of Buster Keaton. Whistlingypsy, is a huge fan of Buster Keaton and she wrote a heartfelt tribute about the life of this amazing actor. I know you will enjoy reading her tribute as much as I did. 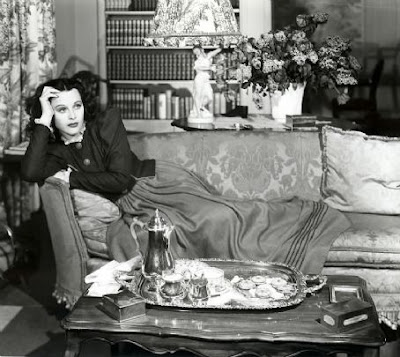 JUICE the FRUIT together and pour
into SAUCEPAN. add the STAR ANISE.
bring SLOWLY to a BOIL and allow to
INFUSE. pour into a glass and SERVE WARM. 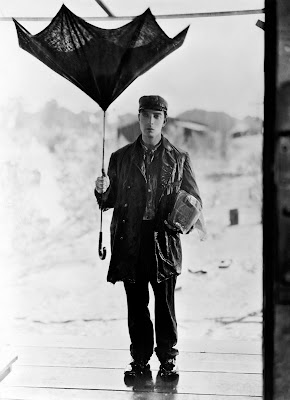 Buster Keaton Bio continues...
Posted by Dawn at 6:00 AM