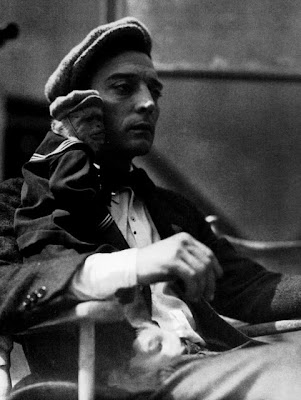 Keaton, eventually did make a comeback in a series of 16 two-reel comedies for
Educational Pictures. The most popular in the Educational series was, Grand Slam Opera, featuring. Buster in his own screenplay as an amateur-hour contestant. When the series ended in 1937, Keaton returned to MGM as a gag writer, for the Marx Brothers films: 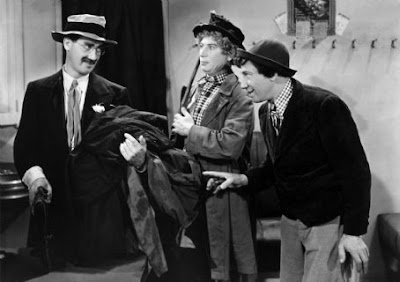 At the Circus (1939). The circus strongman (Nat Pendleton) and the midget (Jerry Maren) have joined up with Carter (James Burke) who wants to take over the circus. In the animal car, they knock out Wilson (Baker) and steal his $10,000. Groucho, as lawyer J. Cheever Loophole, arrives to help, but.. knocks the furniture over and the midget threatens to sue. Groucho, always looking business, gives his card to Marenghi. In order to help Baker, he tries to get the money from, Peerless Pauline (Eve Arden), with no luck.

Then he calls on Mrs. Dukesbury (Margaret Dumont), and talks her into paying $10,000 to the Wilson Circus, to entertain the Newport 400. When Jardinet arrives, Groucho, has his orchestra play on a floating bandstand. Chico and Harpo cut the rope and the musicians go floating away. Meanwhile, Carter and his men try to burn down the circus, but are stopped by the brothers and the gorilla. 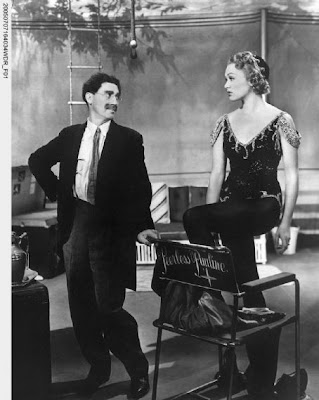 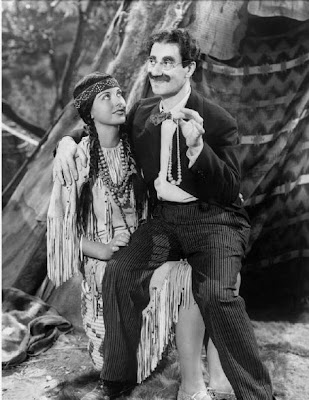 Go West (1940). Quentin Quale, heads west to make his fortune. On the way, he meets the brothers Joseph and Rusty Panello in a train station, where they steal his money. Quale soon learns the Panello's, are also heading west. Once there, they hook up with a old miner named Dan Wilson who owns, Dead Man's Gulch. They give him their last ten dollars and he gives them the deed. Wilson, the son of Terry Turner, has allowed the railway to build through the land, making the old man rich. 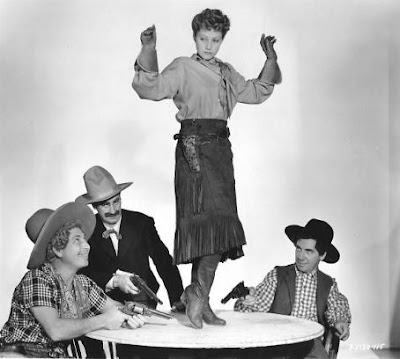