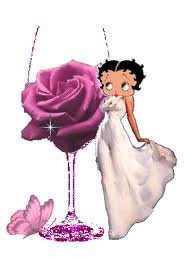 October 2nd. Noir and Chick Flicks, is celebrating our 3rd Year Anniversary. I can not thank Monty and Silent, enough for helping me with N and CF. Which would not be the same blog without all your wonderful posts. Also.. thank you "all" for visiting N and CF. I hope you really enjoy your stay. Cheers, to another year of sharing great classic movies together.

Birthday Boy and TCM's October Star of the Month Buster Keaton(October 4, 1895 –February 1, 1966) was a comic actor, filmmaker, producer and writer. He was best known for his silent films, in which his trademark was physical comedy with a stoic, deadpan expression, earning him the name, "The Great Stone Face. Click picture on side bar to learn more about Buster. I also plan on posting a eight part series, about his movies, I hope that you will enjoy.

On TCM Oct. 1st. Ball Of Fire(1941). Ball of Fire (also known as The Professor and the Burlesque Queen) is a 1941 comedy film about a group of professors laboring for years to write an encyclopedia and their encounter with a nightclub performer who provides her own unique knowledge. The film stars Gary Cooper and Barbara Stanwyck, with a supporting cast that includes Oskar Homolka, S.Z. Sakall, Henry Travers, Richard Haydn, Dana Andrews, and Dan Duryea. Click picture on side bar to read review.

On TCM Oct. 2nd Strangers On A Train(1951). Strangers on a Train is a psychological thriller produced and directed by Alfred Hitchcock. The film stars Farley Granger, Ruth Roman, and Robert Walker, and features Leo G. Carroll, Patricia Hitchcock, and Laura Elliott. Click picture on side bar to read review. 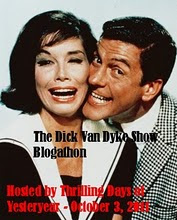 ON TCM Oct. 4th. Lady In The Lake(1947).Lady in the Lake is a noir film that marked the directorial debut of actor Robert Montgomery who also starred in the film. It was an adaptation of the 1944 Raymond Chandler novel The Lady in the Lake. The picture features Audrey Totter, Lloyd Nolan, Tom Tully, Leon Ames and Jayne Meadows. Click picture on side bar to read review.

Happy Birthday: Charlton Heston!(October 4, 1923 – April 5, 2008) was an actor of film, theatre and television. Heston is known for heroic roles in films: El Cid, The Ten Commandments, Planet of the Apes and Ben-Hur, for which he won the Academy Award for Best Actor. He also is well known for his roles in the films: Touch of Evil and The Greatest Show on Earth. Click picture on side bar to learn more about Charlton Heston.

Carole Lombard (October 6, 1908 – January 16, 1942). She was best known for her comedic roles in the screwball comedies of the 1930s. Click picture on side bar to learn more about Carole. Carole Lombard blogathon. October 6-9, 2011. Please click picture on side bar for more info. I will also be participating in this blogathon.

On TCM Oct. 7th: Her Highness And The Bellboy(1945). Starring Hedy Lamarr and Robert Walk. 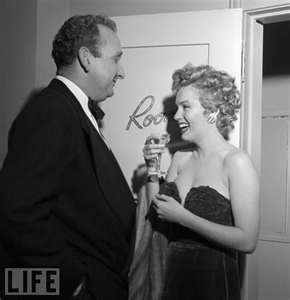 JUICE the CUCUMBER, CARROTS,
CHILLI and LEMONGRASS together
stir in the CORIANDER. POUR into a glas
over ICE and SERVE with LEMON SLICE. 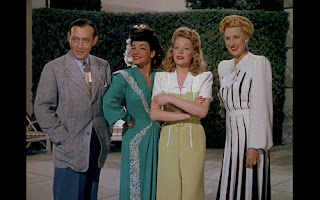 Article of the week from: The Silverscreen Affair Blogspot: Gangs All Here.

Emily says, "If bright colors and fruit are things you enjoy seeing in a picture, then "The Gang's All Here" is your type of film. Looking forward to Charlotte Greenwood and Alice Faye, I was, and still am, unsure weather or not I like this film. It is pretty much a stage show with a few talking scenes in between and a contest to see how many crazy outfits Carmen Miranda can wear in one film."

Penny Serenade (1941). Please click picture on the side bar to watch the movie in full.


Happy Halloween from Betty Boop and all of us here at Noir and Chick Flicks.

It's the scariest time of year. With help from a scarecrow, Betty puts together a Halloween party for all of her animal friends. The invitation reads, "Hallowe'en dinner party at Betty Boop's house. Right away! P.S. Bring your lunch." Betty Boop, sings "Let's All Sing Like the Birdies Sing." But... when  King Kong crashes the party, Betty has real ghosts and goblins scare him away. 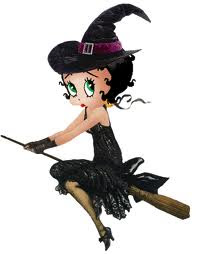 Please click here to view past Trick or Treat posts.
Posted by Dawn at 8:49 AM