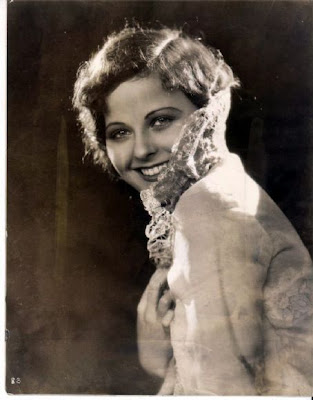 She attracted attention in the film, No Man's Law(1927), by appearing to swim nude (she wore a flesh colored bathing suit). She made a smooth transition into talking pictures opposite, Harold Lloyd in the comedy, Welcome Danger (1929). Kent was also featured with Lloyd in the film, Feet First. She received praise for her role in the film, Oliver Twist(1933).

Her marriage in 1934 to casting agent and producer Harry E. Edington interrupted her career. During a one-year hiatus, Edington groomed Kent for what he intended to be a high-profile career; however by the time she returned to films, her popularity had waned and she was unable to establish herself again. She made her final film in 1935. 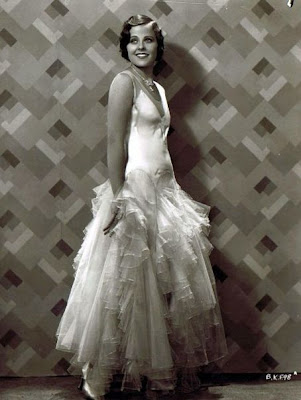 Email ThisBlogThis!Share to TwitterShare to FacebookShare to Pinterest
Labels: barbara kent, in memory(2011)