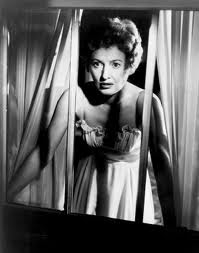 Late one night, while Cheryl Draper, was closing her bedroom window, she sees a man, Albert Richter, strangling a woman across the street. Cheryl phones the police, but before Lt. Lawrence Mathews and Sgt. Eddie Vincent arrive to investigate. Richter, hides the body in an empty apartment next door. After finding nothing, Larry believes that Cheryl may have dreamed it, but.. she knows that she saw the murder. The next day, as she leaves for her job, Cheryl sees Richter loading a large trunk into the back of his car.  Later, while watching Richter's apartment, she notices the empty apartment next door. Pretending to be interested in renting the apartment, she asks the manager to show it to her and sees scuff marks on the floor. When she asks to view a furnished apartment, the manager shows her Richter's, where she finds a pair of earrings. When she shows the earrings to Larry, he tells her that Richter reported the earrings stolen. Cheryl , is still at police station when Richter arrives to claim the earrings, and she directly accuses him of the murder, but he denies it. As he leaves, Richter tells Larry that he thinks Cheryl is mentally unbalanced. Now.. will he be able to convince the police that she is crazy? 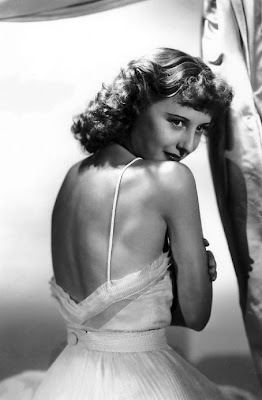 WITNESS TO MURDER is a good thriller, as an interesting version of the hunted turned hunter. 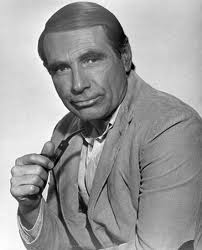 Gary Merrill (August 2, 1915 – March 5, 1990). His film career began, with films: Twelve O'Clock High (1949) and All About Eve (1950), but he rarely moved beyond supporting roles in his many Westerns, war movies, and medical dramas. He performed from 1954-1956 as Jason Tyler on the NBC crime drama Justice, about lawyers of the Legal Aid Society of New York. Merrill also had recurring roles in, Then Came Bronson with Michael Parks and Young Doctor Kildare.

Merrill's first marriage, to Barbara Leeds in 1941, ended in divorce in 1950. He then married Bette Davis, his co-star from All About Eve, and adopted her daughter Barbara from a previous marriage. He and Davis adopted two more children, but divorced in 1960.
Posted by Dawn at 9:45 AM

Email ThisBlogThis!Share to TwitterShare to FacebookShare to Pinterest
Labels: barbara stanwyck, the 50s, witness to murder(1954)