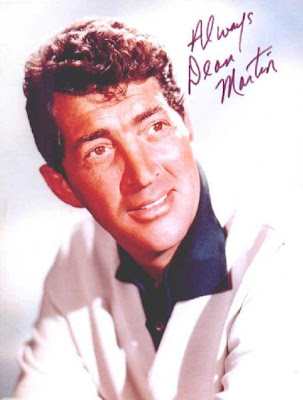 Dean Martin (June 7, 1917 – December 25, 1995). At the age of 15, he was a boxer that went by the name, "Kid Crochet". Of his twelve matches, he would later say "I won all but eleven." Eventually, Martin gave up boxing and began working at an illegal casino behind a tobacco shop where he had started as a stock boy. At the same time, he sang with local bands. Calling himself "Dino Martini" (after the then-famous Metropolitan Opera tenor, Nino Martini), he got his first break working for the Ernie McKay Orchestra. In the early 1940s, he started singing for bandleader Sammy Watkins, who suggested he change his name to Dean Martin. 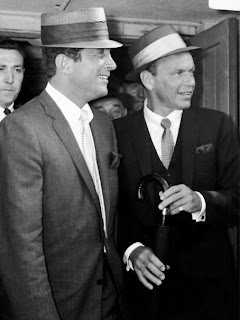 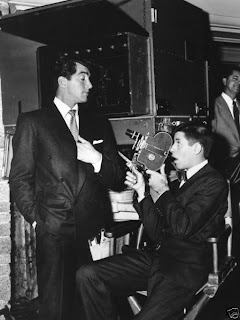 Martin and Lewis's, official debut together was at Atlantic City's 500 Club on July 24, 1946, where the owner, Skinny D'Amato, warned them that if they did not come up with a better act, they would be fired. Martin sang and Lewis came out dressed as a busboy, making fun of Martin's performance by doing whatever popped into his head. Their act led to triumphant run at New York's Copacabana.

The team made its TV debut on the very first broadcast of, Toast of the Town Program (later called the Ed Sullivan Show) with Ed Sullivan and Rogers and Hammerstein appearing on June 20, 1948 . A radio series began in 1949, the same year Martin and Lewis were signed by Paramount producer Hal B. Wallis, for the movie, My Friend Irma. A comedy film directed by George Marshall. The storyline follows two New York roommates, Irma Peterson and Jane Stacey. Irma is a blonde who has a good heart. Jane, has dreams of marrying a rich man and works as a secretary for a millionaire, Richard Rhinelander. Irma is in love with a con-artist named Al looking for a get rich scheme. Al visits the juice stand and over hears Steve Laird singing. He convinces him to leave his job and promises to make him famous. Steve and Seymour, end up living at Jane's apartment. She does not like the idea, but Irma convinces her to let them stay. Soon, Jane and Steve fall in love. After a successful singing debut, Steve, is heartbroken when he learns off Jane's wishes to marry a wealthy man and he leaves and returns to the juice stand. Meanwhile, Irma gets into trouble and decides to end it all. But... not before, she finds out a radio station is about to call her for a $50,000 question, so she rushes home to win the prize and all live happily ever after.

Their agent, Abby Greshler, negotiated for them one of Hollywood's best deals: Martin and Lewis were free to do one outside film a year, which they would co-produce through their own York Productions. They also had complete control of their club, record, radio and television appearances.

Martin's first solo film, Ten Thousand Bedrooms (1957). The story begins when millionaire hotel owner Ray Hunter flies to Rome to buy, the Regent. He is picked up at the airport by Maria Martelli, who works for the hotel's owner, the Countess Alzani. Ray is confronted by the Countess for his impersonal ways and he promises to change. Maria, works as Ray's translator while in town. He meets the Martelli family and Maria's youngest sister, 18-year-old Nina, takes a immediate liking to Ray. Maria's, boyfriend is Anton, a poor Polish count/sculptor. Nina, tries to catch Ray's eye, while his private pilot Mike is trying to catch hers. Nina sees the sights with Ray and wants to marry him, so she asks her father for permission. Papa Martelli forbids it, saying in this family all of the eldest daughters must be married before the youngest can. Ray, sends for two eligble bachelors from America which he introduces to the other two sisters of Maria and Nina.

He soon realizes he is with the wrong sister and does not know what to do.. At a party, Papa Martelli announes that Ray is engaged to daughter Nina, which upsets Mike, but everything finally works out. Ray finds a job for Anton that sends him to Bombay. Papa Martelli, finds himself planning four weddings.

Martin wanted to be known as a serious actor and was offered a role in the film, The Young Lions (1957), he was happy to land the part because he could now learn from Marlon Brando and Montgomery Clift. Tony Randall already had the part, but talent agency MCA replaced Randall and the film turned out to be the beginning of Martin's comeback.

Success would continue as Martin starred with Frank Sinatra for the first time in Vincente Minnelli drama, Some Came Running (1958). Which started out as a novel by James Jones, published in 1957. It is the story of a war veteran with literary aspirations who returns in 1948 to his hometown of Parkman, Indiana, after a failed writing career. A film version starring Frank Sinatra, Dean Martin and Shirley MacLaine was nominated for five Academy Awards. 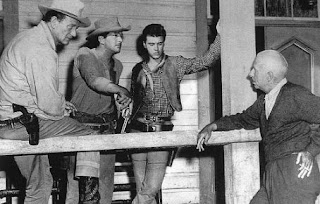 Martin, is best known for his performance as Dude in the film, Rio Bravo (1959), directed by Howard Hawks and also starring John Wayne and singer Ricky Nelson. A film about a small-town sheriff who recives the help of a cripple, a drunk, and a gunfighter to hold a bad guy in jail..

He teamed up again with Wayne in The Sons of Katie Elder (1965). Directed by Henry Hathaway. The movie was filmed mostly in Mexico. The film is about Four Brothers, trying to make up for their sins to a saintly mother who has recently died. 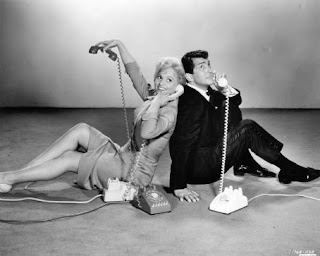 In 1960, Martin was cast in the film,Bells Are Ringing. A film about Ella Peterson, who is a Brooklyn telephone answering service operator who gets involved with lives of her clients. She falls in love with one of her clients, the playwright Jeffrey Moss, and is determined to meet him. The trouble is, he calls "Mom."

Martin played a variation of his own womanizing persona as Vegas singer "Dino" in Billy Wilder's comedy, Kiss Me, Stupid (1964) with Kim Novak, and he was not above poking fun at his image in films such as the Matt Helm spy spoofs of the 1960s, in which he was a co-producer.

As Martin's solo career grew, he and Frank Sinatra became close friends. In the late 1950s and early 1960s, Martin and Sinatra, along with friends Joey Bishop, Peter Lawford, and Sammy Davis, Jr. formed the legendary Rat Pack, so called by the public after an earlier group of social friends, the Holmby Hills Rat Pack: Humphrey Bogart and Lauren Bacall, of which Sinatra had been a member.

The Martin-Sinatra-Davis-Lawford-Bishop group referred to themselves as "The Summit" or "The Clan" and never as "The Rat Pack". The men formed an important part of the Hollywood social scene in those years, and were politically influential (through Lawford's marriage to Patricia Kennedy, sister of President John F. Kennedy).

In 1965, Martin launched his weekly NBC comedy-variety series, The Dean Martin Show. There he perfected his famous laid-back persona of the half-drunk crooner hitting on beautiful women. Martin, did not rehearse because he believed his best performances were his first. Sometimes his remarks brought angry mail from offended, viewers. 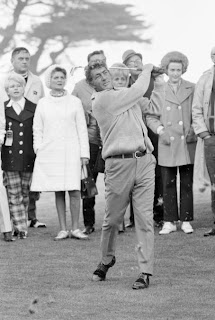 Martin's idea of a good time was watching westerns, playing golf and had his own signature line of golf balls.

Martin starred in and co-produced a series of four Matt Helm super spy comedy adventures. A fifth, The Ravagers, was planned starring Sharon Tate and Martin in a dual role, one as a serial killer, but due to the murder of Tate and the decline of the spy genre the film was never made. 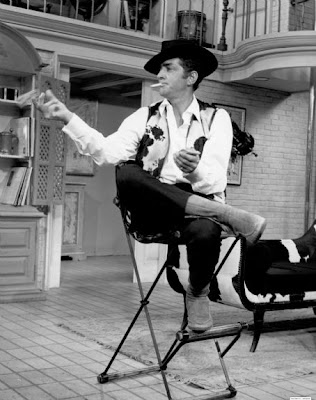