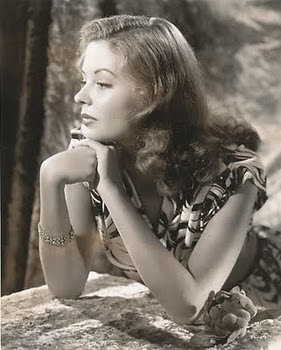 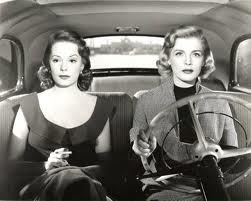 The story begins the moment Mildred Lynch, is paroled from the State Prison for Women. She served two years for forging checks and changes her name to, Diane Stuart. After arriving in Los Angeles, her parole officer, Joan Willburn, takes her to her new boardinghouse and tells her that she will be working at the hospital. Diane, who is standoffish at first toward Joan, agrees to go out with her to dinner. While they are dining, Joan sees her boyfriend, reporter Larry Collins, in the restaurant and goes over to talk to him and invites Larry to meet Diane.

Diane, quickly leaves and later shares with Joan that she worries people will judge her. Joan, tells her to stop thinking like an ex-convict, then informs her that, she working the night shift at the hospital.

While on duty, Diane sees Larry visiting his sick boss. Larry at first avoids her, but Diane soon talks him into taking her out. Diane's date with Larry does not go well, because he innocently questions her about some money that has dropped out of her coat pocket. Diane, begins to cry and apologizes to Larry for tricking him. He forgives her and the two fall in love.

Joan senses that Larry has become interested in someone else, but does not know the other woman is Diane, until she sees her with Larry at the airport, while waiting for a plane. Heartbroken, Joan asks Diane to stop seeing Larry.

When, Larry telephones Diane the next day he asks her to fly to New York to be with him, Diane tearfully tells him that she cannot leave work and hangs up. Larry shows up at Diane's boardinghouse the next day, and Diane gives in to her feelings.

When Diane goes to Joan's office, she tells her that Larry has proposed to her. Joan, reminds her that, as a parolee, her plans must first be approved by the parole board.

Not wanting Larry to find out the truth about her past, Diane decides not to file her petition and leaves Joan's office. Larry arrives to break up with Joan and learns the truth about Diane. Even knowing the truth, Larry convinces her to file her petition. When the board decides to postpone making a decision, Diane accuses Joan of stopping the marriage. Then while trying to protect Tilly, who has been stealing drugs from the hospital, Diane is arrested. Joan pleads with the judge to be lenient. While awaiting the judge's decision, Diane sneaks away from the courthouse. Will Larry be able to find her and convince her not to run and stand before the judge?

The film, "The Company She Keeps" shows some interesting location shots of Los Angeles . I kept thinking throughout the film, " Friends like these who needs enemies".

When this film was made, Howard Hughes owned both RKO, which produced it, and TWA, whose logo is featured prominently on the airplane in the airport sequence. 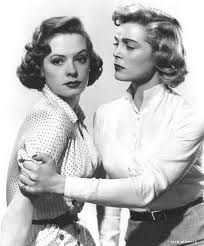 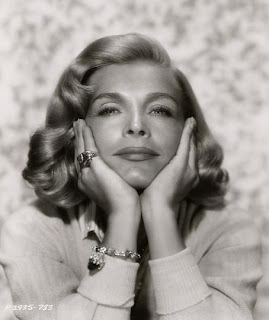 Lizabeth Scott (born September 29, 1922) , actress, singer best known for her film noir roles. In late 1942, she was trying to make a living in Manhattan summer stock company when she got a job as understudy for, Tallulah Bankhead in the play, The Skin of Our Teeth. However, Scott never had an opportunity to substitute for Bankhead.
When Miriam Hopkins was signed to replace Bankhead, Scott quit and returned to her drama studies and modeling. She then received a call that she was needed back at the theatre. She went on in the leading role of "Sabina".

Soon afterward, Scott was at the Stork Club when film producer Hal Wallis asked who she was, unaware that an aide had already arranged an interview with her for the next day. When Scott returned home, she found a telegram offering her the lead for, The Skin of Our Teeth.

A photograph of Scott in Harper's Bazaar magazine was seen by film agent Charles Feldman, who took her on as a client. Scott made her first screen test at Warner Brothers, where she and Wallis met. As soon as Wallis was at Paramount, she was signed to a contract. Her film debut was in, You Came Along (1945).

Scott's,  sensuality and husky voice was perfect for the film noir genre and, beginning with The Strange Love of Martha Ivers (1946), the studio cast her in a series of noir thrillers. The dark blonde actress stared with Humphrey Bogart, in the film, Dead Reckoning(1947). The film was the first of many femme fatale roles for Scott. She also performed in, Desert Fury (1947),  I Walk Alone (1948),  Too Late for Tears(1949). 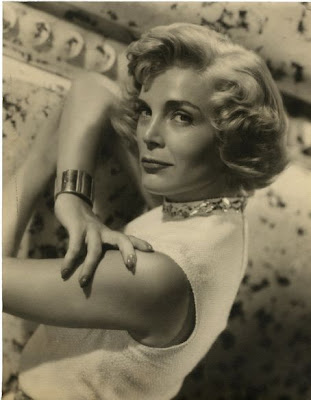 Email ThisBlogThis!Share to TwitterShare to FacebookShare to Pinterest
Labels: Jane Greer, lizabeth scott, the 50s, the company she keeps(1951)