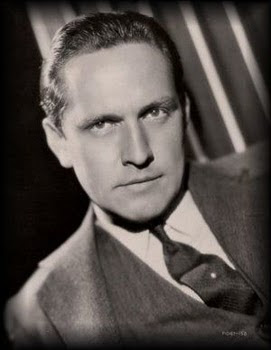 This weeks (Updated May, 19 ). Chick Flicks at the Movies: An Act Of Murder(1948). Directed by Michael Gordon. Starring Fredric March( pictured above), Edmond O'Brien, Will Wright. A hard-line judge is tempted toward mercy-killing by his wife's terminal cancer. Please click picture on side bar to view movie.

Happy Birthday: Jeanne Crain! (May 25, 1925 – December 14, 2003). Crain first received critical acclaim when she starred in Winged Victory (1944). She co-starred in 1945 with Dana Andrews in the musical film State Fair, in which Louanne Hogan dubbed Crain's singing numbers. After that, Crain often had singing parts in films, and they were invariably dubbed, in most cases by Hogan. Also in 1945, Crain starred in Leave Her to Heaven with Gene Tierney.

ON TCM, May 25, 2011: Four's a Crowd (1938). Robert will do anything to get the big account that has eluded him. His public relations business makes public angels of rich scoundrels. Jean needs someone to save the paper and she wants Robert. When he finds out that Pat is dating Lorri, John Dillingwell's granddaughter, he gets involved. Robert begins to make John the most hated man and Lorri blames Pat, the publisher. He then goes to John for a job to erase all the bad publicity that he has gotten from the paper. This works until Pat tells John that Robert was behind the smear campaign. But John decides that he does need some good publicity and hires Robert to provide it.

Happy Birthday: John Wayne! (May 26, 1907 – June 11, 1979) was a film actor, director and producer. He epitomized rugged masculinity and became an enduring American icon. He is famous for his distinctive voice, walk and height. He was also known for his conservative political views and his support, beginning in the 1950s, for anti-communist positions.

Happy Birthday: Clint Eastwood! (May 31, 1930) is a actor, director, producer, composer and politician. Following his breakthrough role on the TV series Rawhide (1959–65), Eastwood starred as the Man with No Name in Sergio Leone's Dollars Trilogy of spaghetti westerns (A Fistful of Dollars, For a Few Dollars More, and The Good, the Bad and the Ugly) in the 1960s, and as San Francisco Police Department Inspector Harry Callahan in the Dirty Harry films (Dirty Harry, Magnum Force, The Enforcer, Sudden Impact, and The Dead Pool) during the 1970s and 1980s. These roles, along with several others in which he plays tough-talking no-nonsense police officers, have made him an enduring cultural icon of masculinity.

Happy Birthday: Don Ameche! May 31, 1908 – December 6, 1993) Ameche was a versatile and popular film actor in the 1930s and '40s, usually as the dapper, mustached leading man. He was also popular as a radio master of ceremonies during this time. As his film popularity waned in the 1950s, he continued working in theater and some TV.

Fun Facts from:
IMDb
TCM
Posted by Dawn at 5:02 AM