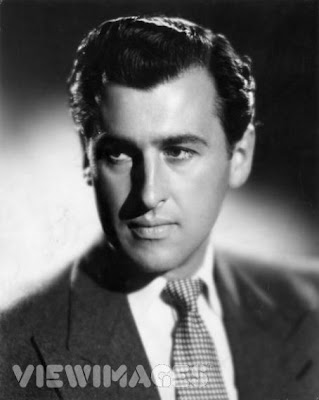 Stewart Granger (6 May 1913 – 16 August 1993). His first starring film role was in the film, The Man in Grey (1943). A British film melodrama made by Gainsborough Pictures, which are a series of period costume dramas. Directed by Leslie Arliss and adapted by Doreen Montgomery from the novel, The Man in Grey by Eleanor Smith. It starred Margaret Lockwood, Phyllis Calvert, James Mason, Stewart Granger and Martita Hunt, which put together a successful "women's pictures" for the time. Granger, went on to perform in the films:

The Magic Bow(1946). British Musical, based on the life of the Italian violinist and composer Niccolo Paganini. Directed by Bernard Knowles.

Madonna of the Seven Moons (1945). A young woman grows up to marry and have a have a family of her own. Because of a earlier trauma in her life, she develops amnesia and lives her life as a gypsy, possessed by a wild, free-living spirit. A pair of golden earrings with seven dangling moons are her most prized possession.

Saraband for Dead Lovers (1948). British historical drama film directed by Basil Dearden and starring Stewart Granger and Joan Greenwood. It is based on the novel by Helen Simpson. Set in seventeenth century. The story is about, Sophie Dorothea who is looking for comfort from Count Philip Konigsmark, when her husband Prince George Louis, later to become King George I of Great Britain, wants nothing to do with her. The lovers are brought down by a jealous Countess Platen.

In 1949, Granger made Adam and Evelyne, starring with Jean Simmons. The story, about a much older man and a teenager who he realises is no longer a child but a young woman and had obvious parallels to Granger's and Simmons's own lives. Granger had first met the very young Jean Simmons when they both worked on, Caesar and Cleopatra (1945). They married the following year in a wedding ceremony organised by Howard Hughes, in one of his private aircraft flew the couple to Tucson, Arizona, where they were married. 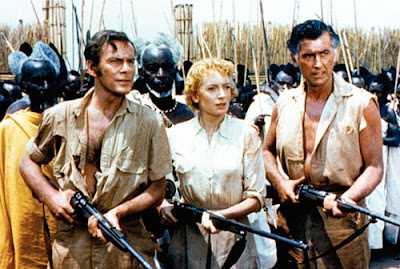 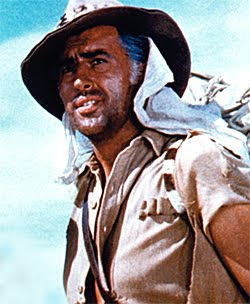 Granger performed in one of my favorite films, King Solomon's Mines (1950). A Romance/adventure film based on the 1885 novel Henry Rider Haggard. Cast: Deborah Kerr, Stewart Granger, and Richard Carlson. Directer: Compton Bennett. The movie won Academy Awards for Best Cinematography, Color and Best Film Editing and was nominated for Best Picture. In this film version, it changes Haggard's plot to include a female lead. In 1959, a sequel titled Watusi was made by the same studio.

The story takes place in, Africa(1897), white hunter and guide Allan Quatermain is through with his passion for adventure after the death of his native friend in an elephant stampede. Englishwoman Elizabeth Curtis, wants to hire him to take her and her brother John Goode, on a expedition through Africa to find her missing husband Henry. Who has disappeared in the unexplored part of Africa, on an adventure to find the legendary mines. Allan needs money to send to his son in England, so he agrees to lead them on safari. Allan, is given a 400 year old map to King Solomon's diamond mines, Henry's final destination. They then begin their journey, a spectacular adventure across the African desert. One of my favorite scenes, is a Amazing stampede of zebras, giraffes and other wild animals forces the expedition members to take cover. Will they find Elizabeth's lost husband?

Granger followed with the film, Soldiers Three. A series of stories of adventures in far off places. The story opens with General Brunswick (Walter Pidgeon) reminiscing about his days as a colonel. Due to his height and stately voice, he was always given the role of admiral, senator, or grandfather. His soldiers are played by David Niven, Stewart Granger, Robert Newton, and Cyril Cusack. Niven received an Oscar for "Separate Tables", but is probably best known for "Around the World in Eighty Days" or "Pink Panther". We follow them through their adventures during their military maneuvers. Filming locations show Utah and California. 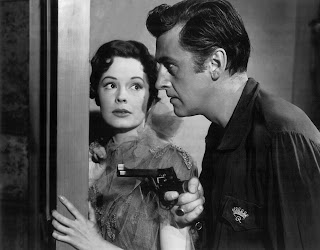 Soon after he filmed the remake of, The Prisoner of Zenda (1952), a film version of the classic novel of the same name by Anthony Hope and a remake of the famous 1937 film version. Directed by Richard Thorpe and produced by Pandro S. Berman. The film stars Stewart Granger, Deborah Kerr and James Mason with Louis Calhern, Robert Douglas, Jane Greer and Robert Coote.

Scaramouche(1952) Romantic adventure film based on the 1921 novel Scaramouche by Rafael Sabatini as well as the film version starring Ramon Novarro. The film stars Stewart Granger, Eleanor Parker, Janet Leigh and Mel Ferrer. It was directed by George Sidney. 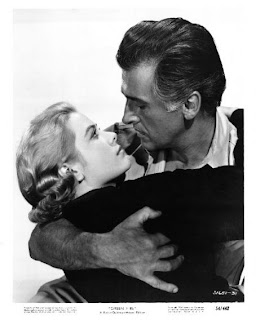 Green Fire(1954). The story begins when, Rian Mitchell discovers an emerald in South America. He tricks his partner, Vic, into returning to the site. While there, he meets Catherine and Donald Knowland, brother and sister who run a coffee plantation. Rian, finds himself torn between his love for Catherine or finding the emeralds.

Moonfleet (1955), Granger was cast as an adventurer, who rules a gang of cut-throat smugglers until he is softened by a 10-year-old boy who worships him and who believes only the best of him.

Footsteps in the Fog(1955), was the third and final film Granger and Jean Simmons made together. Simmons played a housemaid who finds that her employer (Granger) has poisoned his rich wife in order to inherit her wealth. 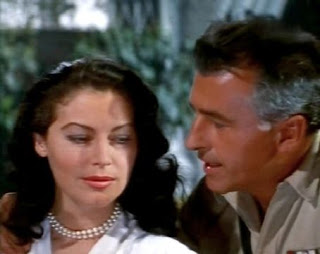 Bhowani Junction (1956), was adapted from a John Masters novel about colonial India on the verge of obtaining independence. Ava Gardner played an Anglo-Indian caught between the two worlds of the British colonials and the Indians. It was a routine thriller with Communist villains.

The Little Hut (1957), 1957 British-American romantic comedy film, directed by Mark Robson, produced by Mark Robson and F. Hugh Herbert. The cinematography was by Freddie Young and costume design by Christian Dior. The film starred Ava Gardner, Stewart Granger and David Niven, with Walter Chiari and Finlay Currie. It was shot at the Cinecittà Studios in Rome.

Gun Glory (1957). Grainger plays a family man who has become a gunfighter. He eventually returns to his ranch, only to find that his wife has died and his son wants no part of him. He hires Rhonda Fleming to keep house for him, and she tries to bring father and son together.

North To Alaska with John Wayne. The story begins when Sam and George, strike gold in Alaska. George sends Sam to Seattle to bring George's fiancé back to Alaska. Sam finds she is already married, and returns with Angel. Sam, after trying to get George and Angel together, finally romances Angel. Frankie is a con man trying to steal the partner's gold claim. This was the last Hollywood movie Granger made. 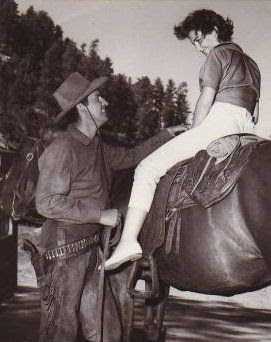 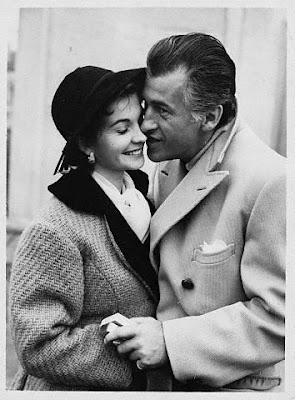