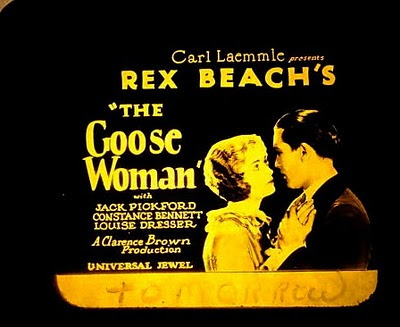 “The Goose Woman” (1925) is a silent drama starring Louise Dresser, Jack Pickford, and Constance Bennett. Directed by Clarence Brown, this film was inspired by the notorious Hall-Mills murder case in which a woman known as the “Pig Woman” was wheeled into court on her sickbed to provide damning testimony. In this film, Louise Dresser plays Marie de Nardi, a celebrated opera diva who loses her voice and her reputation after giving birth to an illegitimate son. Returning to her given name of Mary Holmes, she goes back to her hometown living in a filthy shack and raising geese. Years later, a headline-making murder case is played in her town. Hoping to get publicity and restart her career, Mary claims to be a witness to the murder. Unfortunately, her dreams of glory fade when she discovers that her son Gerald, played by Jack Pickford, is implicated in a crime he did not commit. 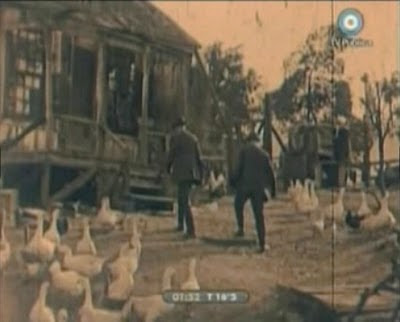 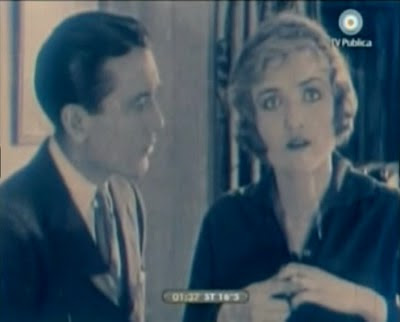 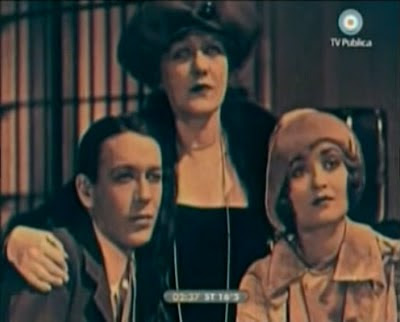 “The Goose Woman” is a true tearjerker that is worth watching just for Louise Dresser’s top-notch performance. Dresser is very poignant as a woman who turns to drink and brings up her illegitimate son with neither love nor affection. Both Jack Pickford, Mary Pickford’s brother, and Constance Bennett, who plays Pickford’s fiancée, give subtle but moving performances. An excellent film, “The Goose Woman” is a great story of mother-love and redemption. Unfortunately, the quality of the Televista print is not the best, and may deter some from enjoying the film.


Born on October 22, 1904, in New York City, Constance Bennett was the eldest of the three daughters of Richard Bennett and Adrienne Morrison, both stage players. All three Bennett sisters, Constance, Joan and Barbara, were brought up in the theatrical tradition, and it was no surprise when all three took up the family trade. Constance grew up attending the best schools. She made her first screen appearance as a nymph in her father’s film “The Valley of Decision” (1915). She briefly wed Chester Moorhead in 1921, but that was quickly annulled. At 18, Constance embarked on her film career, making two small appearances in “Reckless Youth” and “Evidence,” both in 1922. She worked her way slowly up the cast lists, playing supporting roles, and by 1925, Constance began getting starring roles. One of Constance’s first hits, “Sally, Irene, and Mary” (1925), showed her unusual star quality. She appeared in an impressive nine films in 1925 and signed an MGM contract late in the year before suddenly giving it all up for Philip Plant, whom she married that same year. Their son Peter was born in 1929, the same year their marriage ended. In 1929, Constance was ready to resume her career. She signed with Pathe and stayed with the studio through the early 30’s. During her time at Pathe, Constance starred in the society drama, “Rich People” (1929), the romantic comedy, “This Thing Called Love” (1929) and the glamorous drama, “Common Clay” (1930). When Pathe was bought out by RKO in 1931, Constance made six films, most of them racy and sophisticated women’s pictures like “The Common Law” (1931) and “Rockabye” (1932) with Joel McCrea and “Our Betters” (1933) and “After Tonight” (1933) with future husband Gilbert Roland. In most of her pre-Code films, Constance wore gorgeous clothes while she loved and suffered. Women flocked to see her movies and made her one of the most popular female stars of the 1930’s. In the 1940’s, Constance made fewer films, working in radio and theater. Married a total of five times, Constance’s fourth husband was actor Gilbert Roland, the father of her two daughters. Constance died soon after filming “Madame X” (1966) on July 24, 1965. She was 60 years old. I’ve enjoyed watching many of Constance’s films through the years, and my favorite is “What Price Hollywood?” (1932), which I consider her best performance.
Posted by Silentfilmfanatic at 4:08 PM