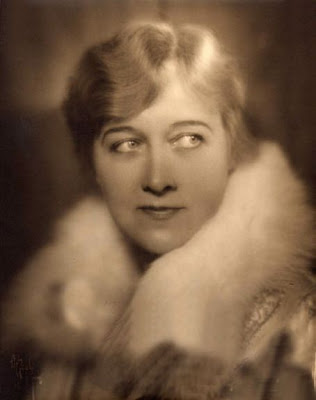 Louise Dresser (October 5, 1878 – April 24, 1965), was a Vaudeville singer at age fifteen and her first film was, The Glory of Clementina (1922). A story about Clementina Wing, a well known portrait painter who sacrifices everything for her art. Fellow artist Tommy Burgrave, asks her to paint a portrait of his wealthy Uncle Quixtus. Quixtus is about to be taken advantage of by Lena Fontaine, an adventuress, when Clem intervenes. At a dinner party given by Quixtus, Clem is transformed from drab into a beautiful young woman and impresses Quixtus. Will Hammersley, an old friend whom Quixtus had suspected of an affair with his wife, dies and entrusts his daughter to Clementina and Quixtus.

Louise Dresser, first starring role was in the film, The City that Never Sleeps (1924). A story about Mother O'Day, who runs the saloon after her husband, Tim, is killed in a barroom fight, but wanting a better life for her daughter, Molly, she sends her to live with Mrs. Kendall, a refined society woman. Years later, in the prohibition era, Mother O'Day's saloon has now become a cabaret frequented by Molly and adventurer Mark Roth. Mother O'Day knows Roth to be a crook and with the aid of reporter Cliff Kelley, Molly's childhood sweetheart, exposes him to Molly, now recognizes her mother and is reunited with her.

During the first presentations of the Academy Awards in 1929 she was nominated for the Academy Award for Best Actress for, A Ship Comes In. A film directed by William K. Howard. The story begins in New York harbor where one of the families arriving by ship are from Veshala: Peter Placzmik his wife, "Mama" and their three children, Eric Marthe and Katinka . After finding a place to live, in an apartment building, Peter befriends neighbor, Dan Casey, who helps him find work as janitor in the federal building. Peter witnesses Judge Gresham swearing in immigrants as citizens of their "adopted country," an honor he will have in five years. Soon after Peter's swearing in as U.S. citizen, things take a turn for the worst. Son Eric enlists in the Army during the outbreak of the World War, and the arrest and conviction of Peter, for supposedly placing an bomb inside a cake box intended for Gresham, causing him serious injury and killing secretary.


She went on to portray Empress Elizabeth in the film, The Scarlet Empress (1934). A historical drama about the life of Catherine the Great. It was directed and produced by Josef von Sternberg, with Emanuel Cohen as executive producer, from a screenplay by Eleanor McGeary, based on the diary of Catherine arranged by Manuel Komroff. The film stars: Marlene Dietrich, John Davis, Sam Jaffe (in his film debut), Louise Dresser, and C. Aubrey Smith and Maria Riva plays.

The story begins when Sophia Frederica, is brought to Russia by Count Alexei to marry the half-wit Grand Duke Peter. Her husband's aunt, Empress Elizabeth, renames her Catherine and awards her the Order of St. Catherine.

Catherine finds solace with Alexei, but he begins wooing the much-older Elizabeth. Catherine finds lovers among the Russian Army. When the old Empress dies, Catherine takes to the Russian throne, knowing full well that her husband would kill her at the slightest provocation. Soon her power is greater than Peter's, and the opportunistic Alexei now comes back into her life. Soon Catherine is triumphant over all her enemies.


Dresser's last film was, Maid of Salem (1937). Directed by Frank Lloyd, and starring Claudette Colbert and Fred MacMurray. It tells the story of a young girl in Salem, Massachusetts, 1692, who has an affair with adventurer. She is sentenced as a witch, but saved by him.

On television, she appeared in an episode spotlighting Buster Keaton on Ralph Edwards's program, This is Your Life. She had known Keaton since he was a small boy with his parents in vaudeville. 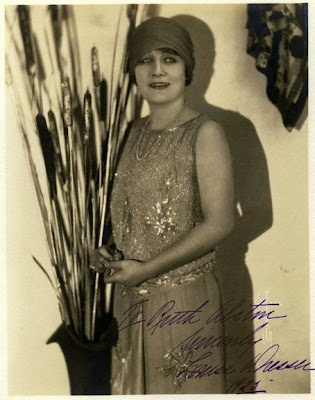 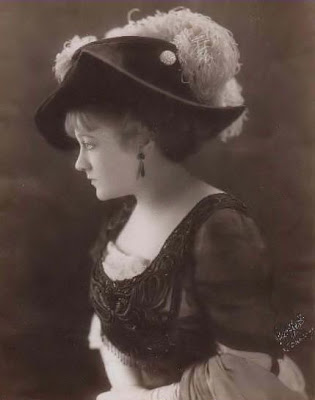